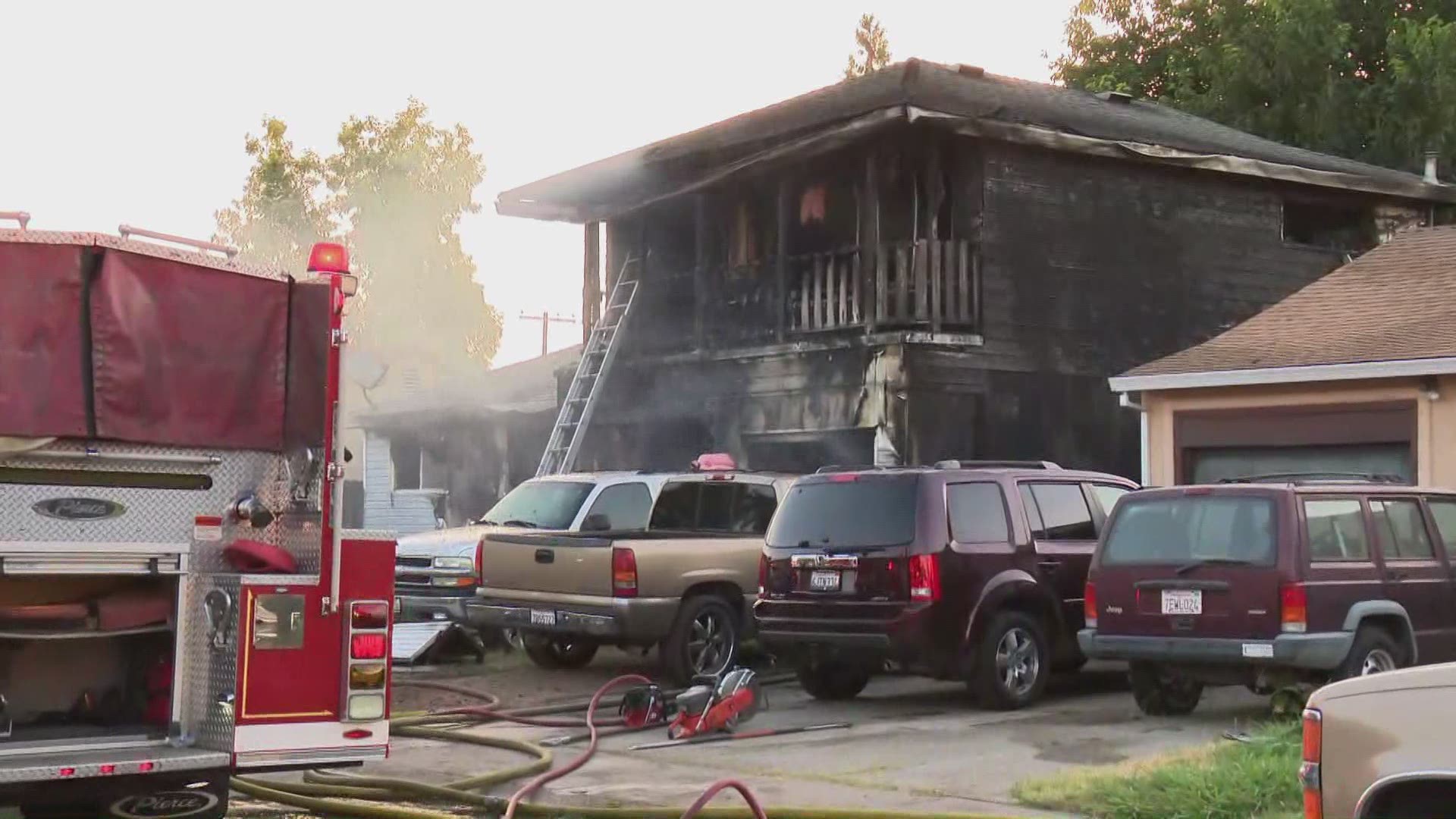 According to the Sacramento Fire Department, the fire broke out just before 6 a.m. at a home along the 6300 block of Burns Way, which is just east oh Highway 99, near 47th Street.

Fire officials said there were seven people inside the home at the time of the fire. The occupants were able to safely escape by jumping off of the balcony.

The cause of the fire is under investigation, however, the fire department noted the house did not have a working smoke detector.