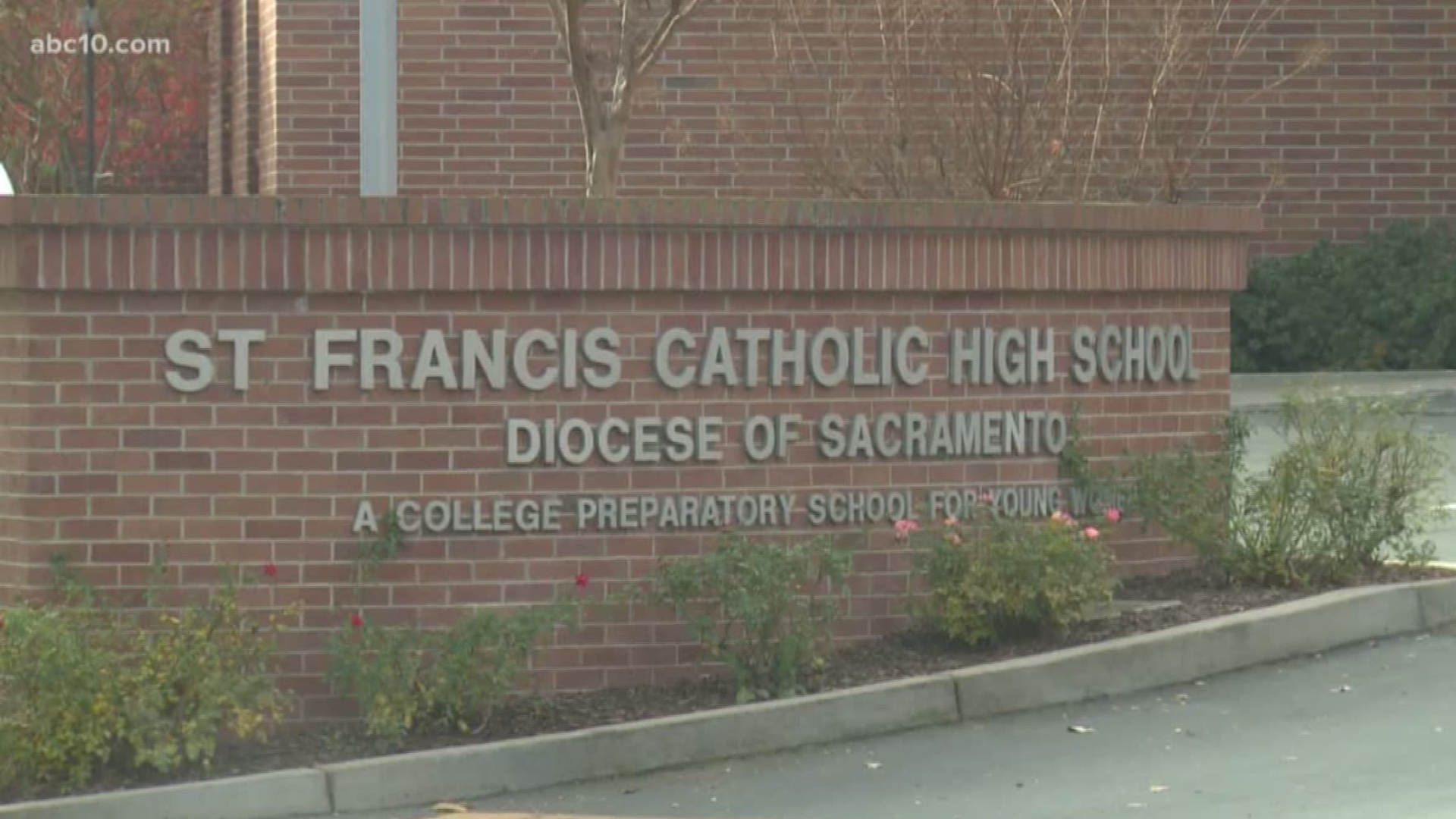 Baily Boone has a message for sexual abuse survivors.

“You are not alone,” she said at a news conference Tuesday at the office of attorney Joseph George. “It may seem that you have nowhere to go right now, but just keep reaching out and keep trying to better yourself and the path that you’re on and it will get better as long as you just keep reaching out… you’ll realize that so many people care about you and love you and you’re not alone.”

The petition claims St. Francis and the Diocese failed to protect Boone and other students from sexual abuse. They “knew or should have known, that (Martis) was acting inappropriately with minor students, including Plaintiff Bailey Boone.”

"This isn't a case, by the way, of me saying the diocese or St. Francis had actual notice of this perpetrator doing the same thing to some other young girl in the past -- although he did," George added.

Martis is serving a four-year prison sentence on two counts of unlawful sexual intercourse of a minor – charges stemming from relationships with Boone and another girl several years earlier.

Theresa Rodgers, President of St. Francis High School, said in a written statement she couldn't comment on the lawsuit, which is for lawyers to address, but she distanced the school from Martis' actions and extended "thoughts and prayers" to his victims.

"St. Francis High School stands for everything he does not," she said. "We exist to nurture and support young women. We help them achieve their full potential as women of vision, as leaders and as productive citizens. Knowing that even one student was injured by him is one too many."

Boone said she was a naïve sophomore when Martis first began to "groom" her, sending her increasingly inappropriate texts and encouraging her to confide in him about personal problems she was having.

“He abused his power and he manipulated me,” she said, reading from a prepared statement

Martis approached her as an equal, she said. He talked to her like a boy her age would. As he drew her in, she told herself age wasn’t important. She thought she loved him – a notion he encouraged.

She no longer thinks that. In fact, at Tuesday’s press conference, she said she hated him – a strong word, she conceded.

“He shows no remorse to what he did to me,” she said. “And what he did to his family, you know, his daughters. I do hate him and I do want him to pay for what he did to me. And four years is not enough. I’ve been going through this two to three years, and this going to be something I’m going to have to go through for the rest of my life.”

Boone is getting therapy, traveling once a week to San Francisco for counseling. She’s made progress, she said.

George declined to specify a dollar amount of damages adequate to compensate Boone for the harm done to her.

“At some point, knowing the Diocese of Sacramento, we will probably be in a mediation of some kind and we will be asking for major policy and procedure changes by the school system so this kind of thing doesn’t happen to other kids involved in sports activities,” he said.

For her part, Boone said she wants to be an advocate for sexual abuse victims. She wants to talk to parents and teens about how to recognize the grooming behaviors used by sexual predators.

“What I want is a platform to speak out to other victims – really. I just want to be able to warn other people and I don’t want anyone to have to go through this.”

“The past two years have been very difficult,” Boone said. “I’ve had a lot of hurdles that I didn’t know I’d be able to make it through.”