Faith leaders from all over the world convened at the U.S. capitol to ask others how they'll stand up for the greater good of humanity. 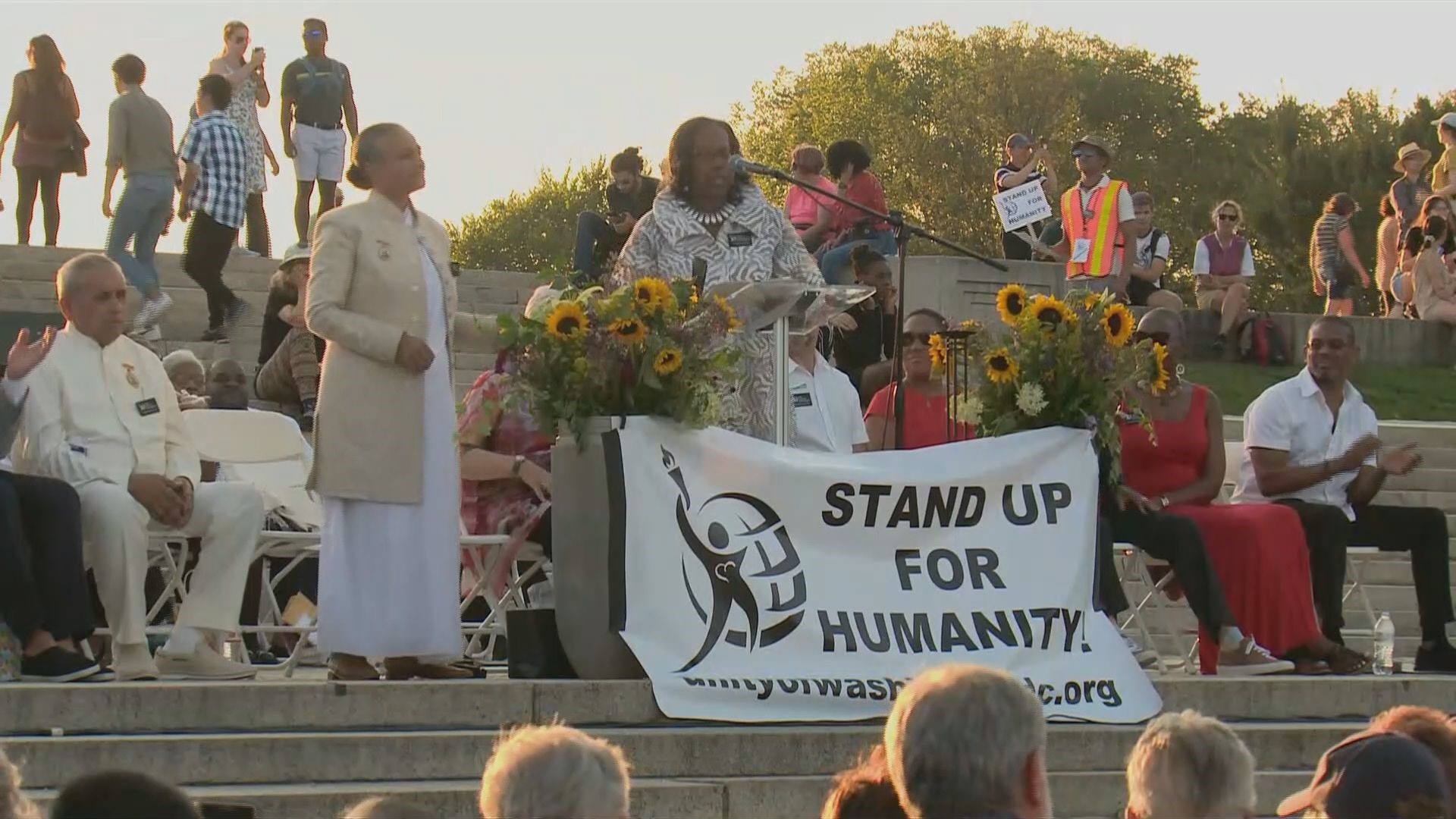 WASHINGTON D.C., DC — In the wake of several mass shootings across the United States – activists, musicians, and faith leaders joined on the steps of the Lincoln Memorial in Washington, D.C. Saturday calling for people to come together for good.

“Given the divisiveness and expressions of hatred, intolerance, bigotry, fighting and war taking place in our beloved country and world, the time has come for all persons of good conscience to Stand Up For Humanity,” said Ryan McClinton, a community organizer with Sacramento Area Congregations Together [Sacramento ACT].

The senior minister with Unity of Sacramento, Reverend Kevin Ross, joined a series of speakers who are calling on people around the world to unite against intolerance and “Stand Up For Humanity.”

He joined a series of speakers, music, and prayers hoping to unify and heal the nation. Organizers are encouraging people to share how they will promote inclusion, peace, and harmony.

Organizers are also asking others to share how they plan to Stand Up For Humanity by taking the pledge, which has since been taken by more than a dozen people.

“It should become a tsunami of peace,” said Dr. BK Mruthyunjaya, the executive director of Brahma Kumaris.

Faith groups across Sacramento and around the nation will be joining in a series of events discussing how they will Stand up for Humanity from August 11 through August 18.

Stand Up For Humanity was hosted by Unity of Washington D.C.