Stanislaus County has declared a state of emergency following multiple protests in the area. 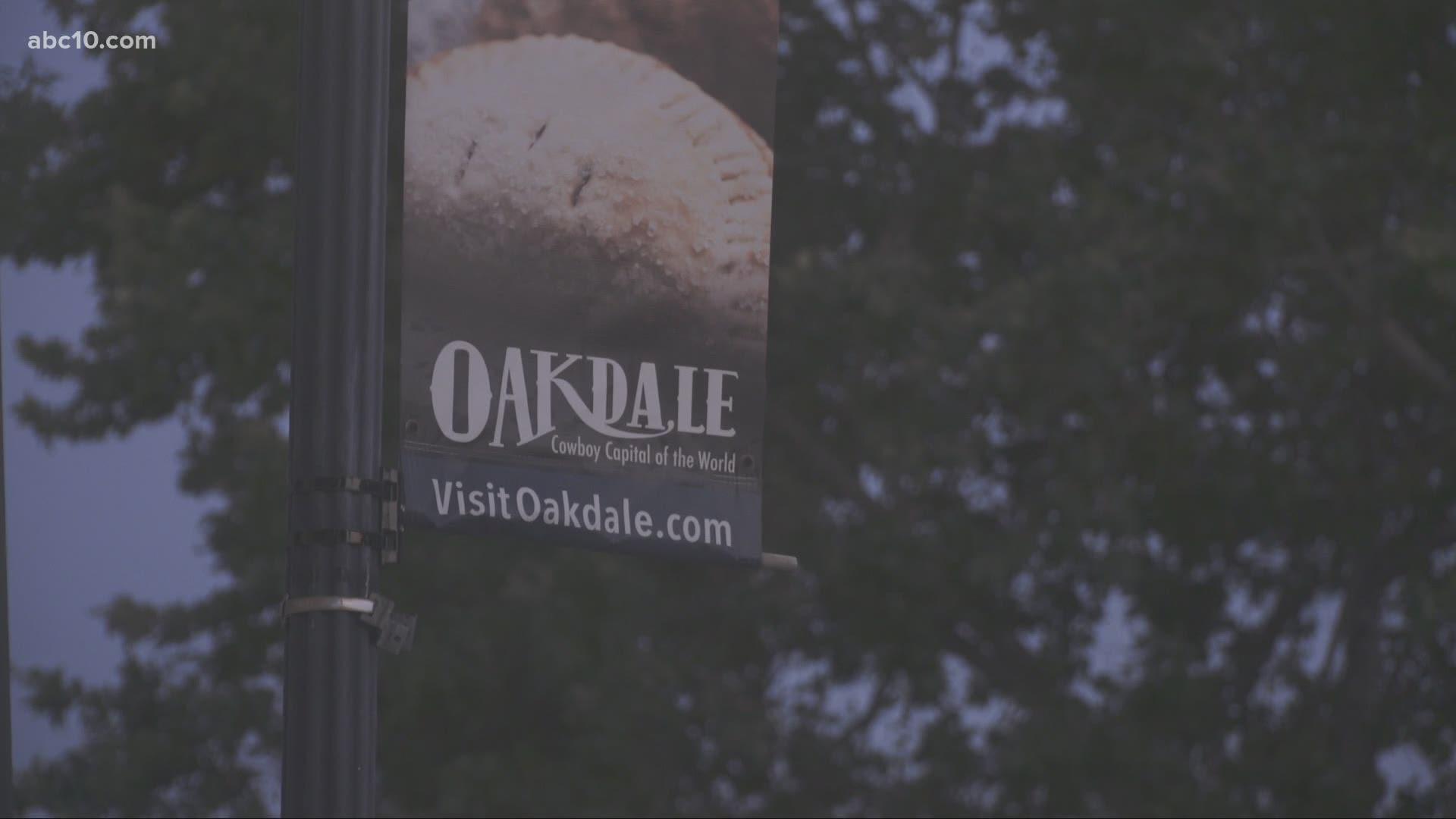 STANISLAUS COUNTY, Calif. — Officials in Stanislaus County declared a state of emergency in response to the George Floyd protests throughout the area.

The move will give the county access to federal and state funding for law enforcement efforts.

“While we expect to see additional peaceful demonstrations as we have seen throughout this week, we do not expect demonstration to turn to violence unless instigated by outside influencers,” said Sheriff Jeff Dirkse. “This proclamation is primarily an administrative tool for the county to access state resources as well as activate the State Emergency Services Act, which helps to facilitate coordinated response throughout the County if needed.”

The declaration comes as a George Floyd protest in Oakdale turned "unpeaceful," according to local police. Earlier in the day, the Oakdale Police Department's chief had met and spoke with some of the protesters.

A little before 3 p.m., Oakdale Police Department declared the protest an unlawful assembly. About a half hour later, police said the demonstration became “unpeaceful” and dispersed the crowd.

In a Facebook live on the StanEmergency page, Sheriff Jeff Dirkse said most of the protesters were peaceful, but the peace at the event came to an end when two people got into a fistfight.

Oakdale Police Department said a convertible drove by the area and a person threw an object at the protesters. The fistfight started after one of the protesters punch a passenger in the car.

Three people were arrested, including the man who punched the passenger, and a two officers suffered minor injuries from the fight.

Jozette Luke, a protester with Black Lives Matter Modesto, watched it all happen.

She says tension grew between the protesters and counter-protesters.

"All lives matter protesters were following the march as well, so wherever we were marching, they were right there with us antagonizing," she said. "These people were yelling things like your skin doesn't matter, I mean you can call it a counter protest but in all honestly, call it what it is, it was racist."

Luke says while those words felt like a slap in the face to her, this was the exact reason why she drove here from Modesto to participate.

"I'm glad we went out there today, because this really shows what we mean by there's a problem in this country when people can be that angry for you fighting for equality, for human rights," she said.

The state of emergency declaration also follows earlier protests in Modesto. Police Chief Galen Carroll said the protest on Sunday was largely peaceful until the end where about 100 to 150 people stayed behind after others had left. Carroll said officers were harassed and had items thrown at them.

Officials said the protest turned into a riot situation where trash cans were set on fire, a patrol vehicle was vandalized, and buildings were spray painted.

Chief Carroll said 14 people were arrested, 12 from Modesto, one from Ceres, and one from Stockton.

On Tuesday night, Turlock City Hall had four windows damaged. Turlock Police Chief Nino Amirfar said this happened after people came to city hall to do a memorial. On Facebook, he said that he doesn't know whether the group was involved with the act but he does believe criminals were in the midst of some people trying to remember Mr. Floyd.

While areas like Sacramento and Solano County have issued curfews, officials in Stanislaus County say there is no curfew at this time and that they have no desire to issue one unless it becomes necessary. West Sacramento recently suspended their curfew, possibly until Friday night.

Officials will review the need for the local emergency declaration on a weekly basis.

Posted by StanEmergency on Wednesday, June 3, 2020

Stalling your CSU degree is 'the last thing you want to do.' College is different but don't wait.