There are 400 original units here at Sierra Vista, and officials said the hope is to demolish the nearly 200 old units still standing and replace them, too. 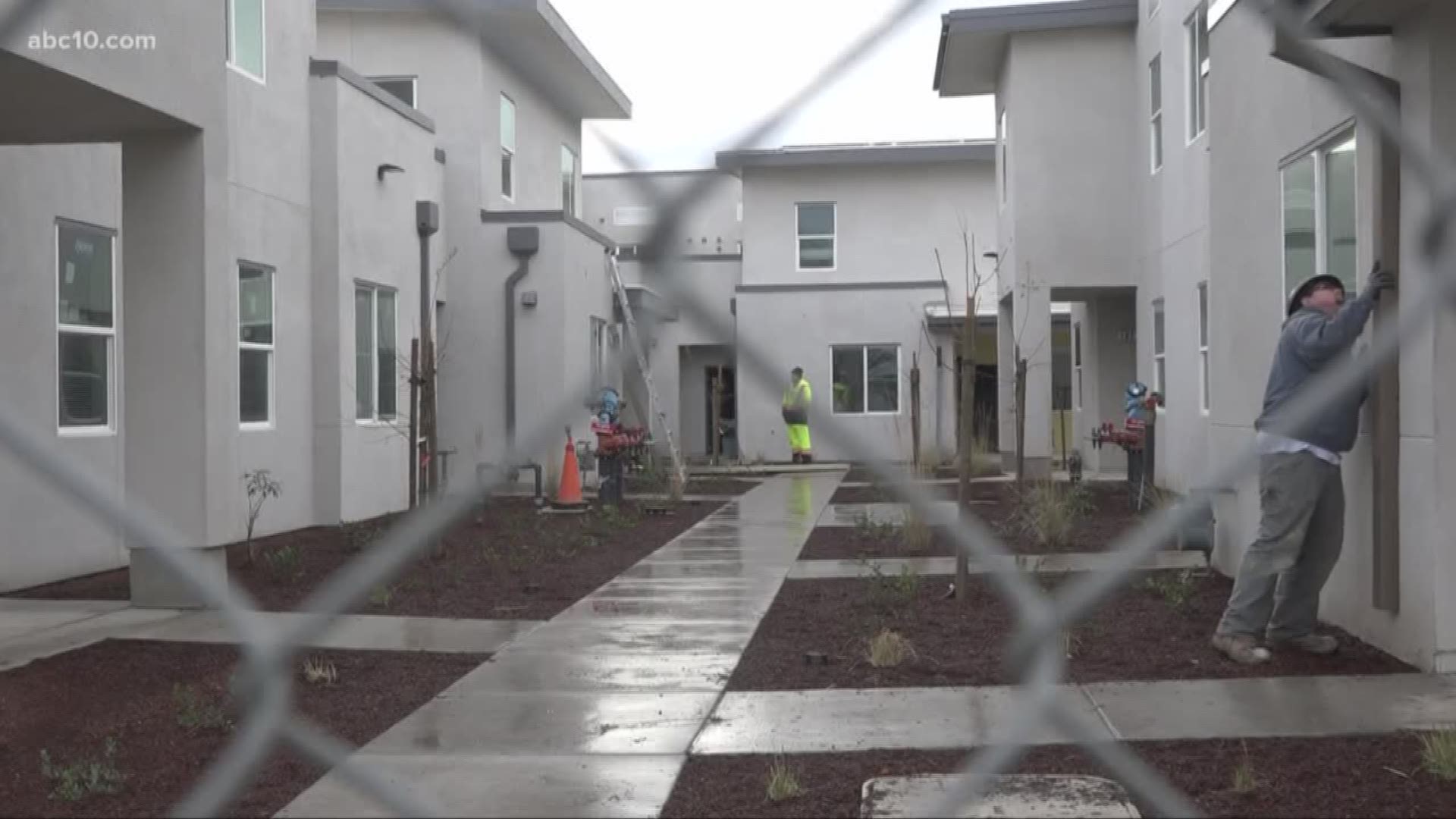 STOCKTON, Calif — Since July, Deborah Gurley has been tending to her abundance of plants and flowers at her newly renovated Stockton apartment. Before moving, Gurley lived at one of the older units in Sierra Vista, a 70-year-old low-income housing apartment complex under renovation.

“Well, the old apartment, the walls was cracking,” Gurley explained. “And, that sound of hearing the wall cracking — that's a scary feeling. But the new one, you don't have to worry about it.”

Led by the Housing Authority of the County of San Joaquin and several other agencies, the Sierra Vista apartment complex is getting renovated in two phases. The first phase is wrapping up after a nearly two-year transformation to 115 units in the complex. That’s phase of which Gurley was apart.

Phase 2 is underway — renovating another 100 units of the complex originally built back in 1959. The project costs nearly $50 million, all of which is being paid for by federal Low Income Housing Tax Credits, according to Peter Ragsdale, the Executive Director of the county’s housing authority.

“We spend so much time speaking about the housing crisis in California, that it's good to see some units that are days away from occupancy that will help people that will need real affordability,” Ragsdale said.

There are 400 original units here at Sierra Vista, and officials said the hope is to demolish the nearly 200 old units still standing and replace them with new units, too.

"I drove around, and it is truly a remarkable transformation that many who have lived here would never thought to have seen,” Andrade said.