The teenager faces multiple charges, including hit and run and weapons charges. 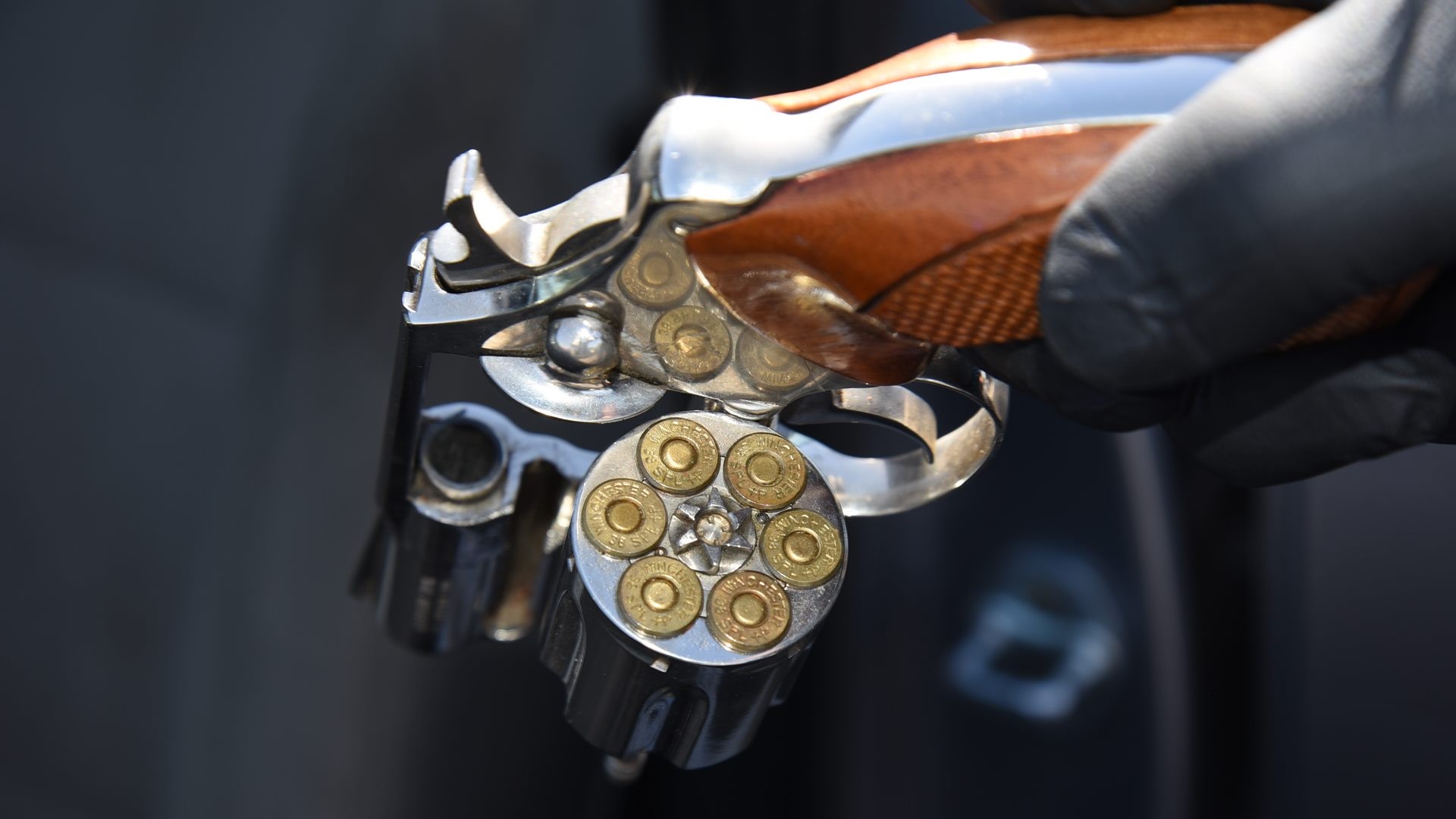 STOCKTON, Calif. — A teenager is facing multiple charges after leading the Stockton Police Department on a car chase.

The chase started just after 2 p.m. Wednesday, Oct. 14, when a patrol officer saw a vehicle driving erratically and tried to stop it near the intersection of Houston Avenue and Dry Creek Way in Stockton. The driver initially stopped for the officer before driving away, according to a Facebook post from the police department. Police followed the car, which eventually crashed into a fence at Manthey Road and I-5, across from Van Buskirk Park.

The driver, later revealed to be a 13-year-old boy, got out of the car and ran nearby to 8th Street and I-5, before eventually being caught and arrested by police. Police say the chase lasted for two minutes and went two miles.

Officers searched the vehicle, where they found a loaded handgun.

"Sadly, it's not uncommon seeing young teenagers involved in criminal activity," Officer Joe Silva of the Stockton Police Department said. "But, with that being said, just the actions of this 13-year old yesterday were quite disturbing. Because one, he should not have been driving because he's too young to drive. And, two, what was he going to do with that loaded firearm."

The boy was arrested and faces charges of evading, hit and run, resisting arrest and weapon charges. Silva said it's unknown right now who owns the car.

Bob Margaron, who runs The Center, an after school drop-in program for at-risk kids in south Stockton, said the arrest is "tragic and sad."

"This is not a new thing. It's something that has happened for years. Whether the young man is gang related or not I don't know. But, it's not uncommon for kids to be groomed and pulled into the gang lifestyle," Margaron said.

Silva says the investigation could reveal much more.

"We're still trying to figure out exactly where and how this 13-year old juvenile male yesterday got that firearm," Silva said. "And, that's what's quite concerning to us."

If you are a current or former resident of Stockton, or someone who has been affected by the violence in Stockton, we want to hear from you. Your responses will help fuel our future reporting.

If you'd like to help us investigate, tap the link to fill out the brief questionnaire located at the end of the article. on.abc10.com/stocktonviolence