Stockton police say a 15-year-old male teen is responsible for the deaths of Advan Vang and Nicholas Sihalath who were shot on February 24. 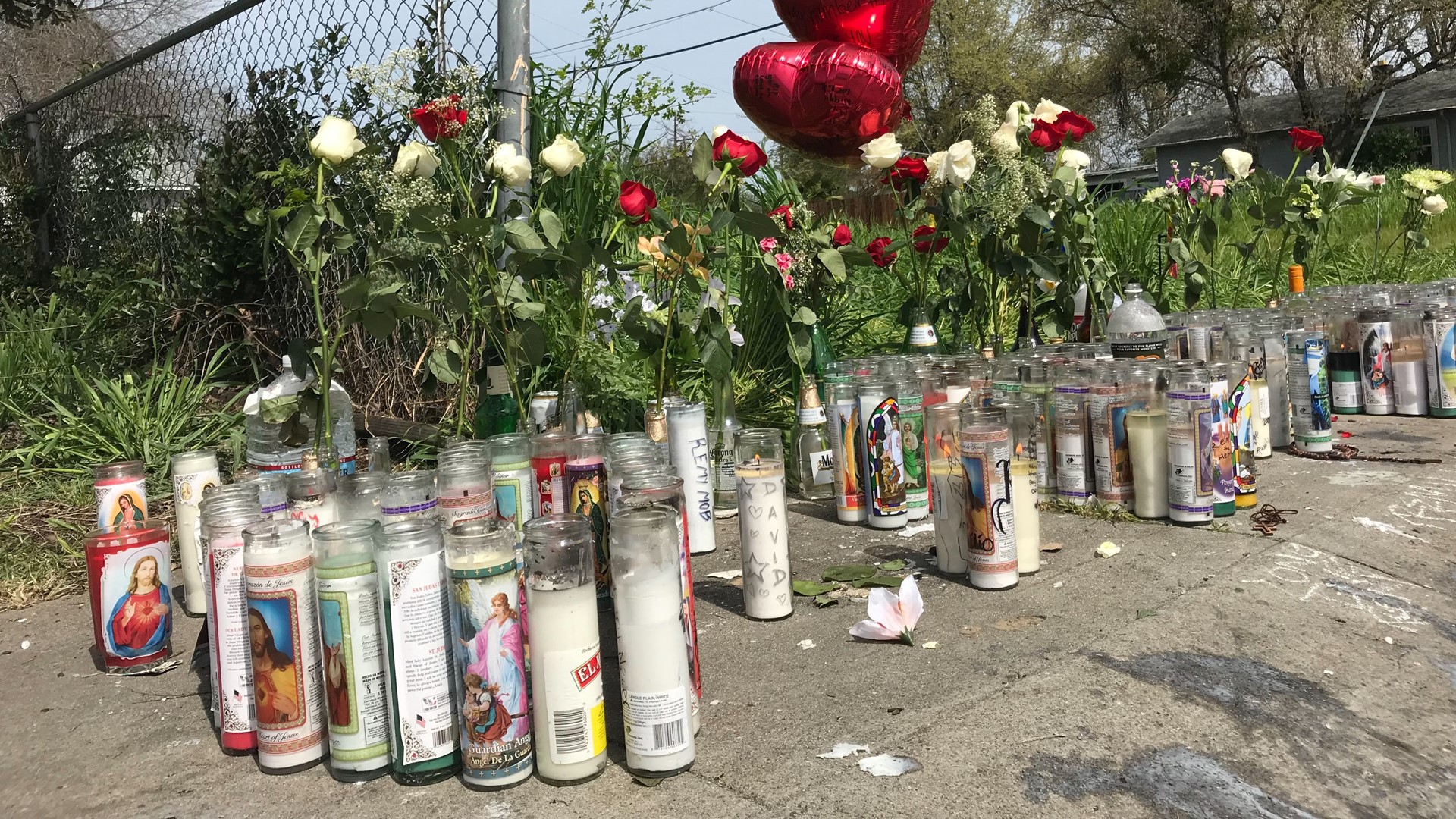 The arrest came just over six weeks after the shooting occurred at the 7000 block of Montauban Ave. Sihalath and Vang, who were friends, were riding their bikes when they were shot. One died at the scene, and the other died later at a local hospital from his injuries.

The suspect was arrested in northeast Stockton and booked into San Joaquin County Juvenile Hall on homicide charges.

Stockton Police Department officials said they will not be releasing the identity or photo of the suspect because of his minor status and could not provide any other information on the investigation at this time.

Sovanh Vanhsy was overcome with grief as she held a photo of her 14-year-old son, Nicholas Sihalath.

Nicholas and his longtime friend Advan Vang, 15, were both shot to death Sunday just after midnight near Mountauban Avenue and Hammer Lane. Advan was in town visiting from Sacramento for his grandfather's funeral.

"I want to know why. They're kids. How can you take the lives of two kids?" Kathryn Sihalath, an aunt of Sihalath said.

Craig Ortiz has been a counselor at Valley High School for 24 years. He says, throughout his time at the school, he’s been to dozens of students’ funerals and said they never get easy. Now he must attend two more.

“(Vang) was kind of a quieter kid, but he was really smart," Ortiz said. "Touching base with his teachers today, they all say he was a great kid, never had problems and had A's in their class."

Ortiz tells ABC10 parents should give their kids some time and allow them to express themselves however they can. He says, at this young age, many teenagers have a hard time articulating their feelings and are better at conveying their messages through drawings and letters.

The Elk Grove Unified School District has provided the school with multiple psychologists, social workers and teachers to help the grieving students. They also sent out a letter to parents informing them of the tragic event and asking them to be vigilant, if a student demonstrates grief to contact the school.

“We care for the kids at our school like the kids in our house, so we just want to make sure that they have whatever they need to go through the process,” said Ortiz.

Officials with the Lodi Unified School District say they also have a crisis support team available at McNair High school for its students and staff.

The families tell ABC10 the teens were just riding their bikes down the middle of Mountauban Avenue when the shooting happened.

Police say they don't have any suspects or motives at this time. However, because of the location and events surrounding the shooting, officials say they hope somebody saw something.

"We're asking them to say something because we have two families that are grieving the loss of their family members," Officer Joe Silva of the Stockton Police Department said.

As mementos pile up at a roadside memorial, extended family members are giving a heartbreaking plea to the person responsible.

"Do the right thing. Search yourself," Valerie Darden, an in-law aunt of Sihalath said. "What if it were to happen to someone you cared about? Put yourself in that position. Get the courage to call the number and tell someone ‘I did it,’ so the family can get some kind of closure and peace with this."

If you have any information about this case, you are asked to call the Stockton Police Department at 209-937-8377 or Stockton Crime Stoppers at 209-946-0600 where you can remain anonymous.

Anyone with information leading to an arrest in this case is eligible for a reward of up to $10,000.

Continue the conversation with Lena and Mayde on Facebook.