The family of Timothy Egkan is offering a $40,000 reward for any information that leads to the arrest and conviction of a suspect involved in his death. 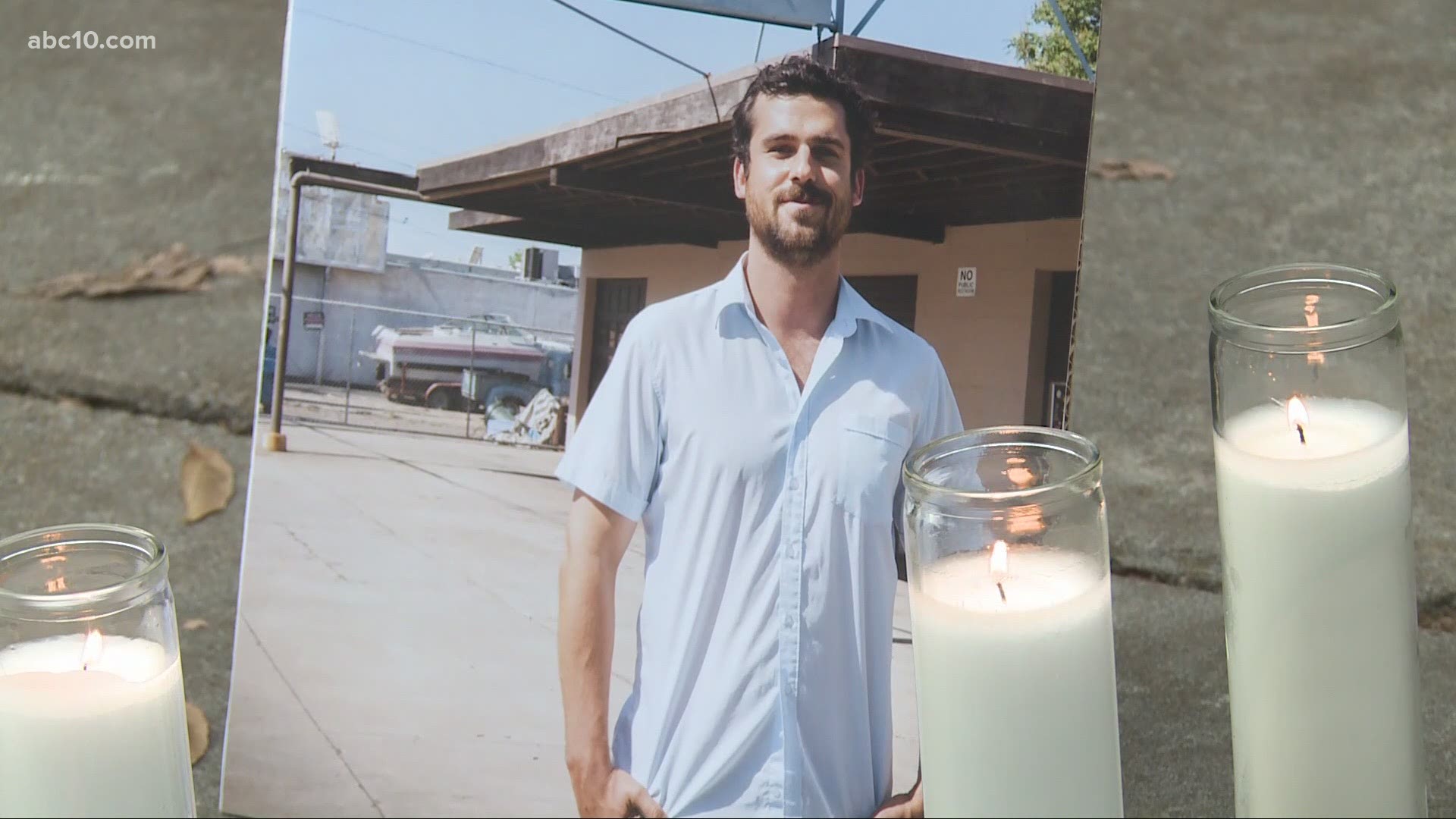 STOCKTON, Calif. — After a tragic killing dating back to 2015, the mystery of who killed Timothy Egkan remains unsolved.

As his family continues to look for answers, they're offering a $40,000 reward for any information that leads to the arrest and conviction of the suspect(s) in his death, the San Joaquin County District Attorney said on Facebook.

Egkan was known as a Downtown Stockton developer and chief brand officer for Ten Space Developers.

"Along with his partners, Egkan shared a bold vision to transform Downtown Stockton from its blighted state into a complete community with housing, entertainment, jobs, as well as locally operated food and retail businesses," the San Joaquin County District Attorney said on Facebook.

On Sept. 13, 2015, police found Egkan lying face down along the curb line just east of Lincoln and Poplar Street in Stockton. Officials said he was just three blocks from his home and was fatally stabbed.

Anyone with information related can contact Stockton Police Department Det. Cliff Johnson at cliff.johnson@stocktonca.gov or Investigator Eduardo Rodriguez at eduardo.rodriguez@sjcda.org.