Lanes are now open on the exit ramp connecting northbound Highway 99 to the Crosstown Freeway. 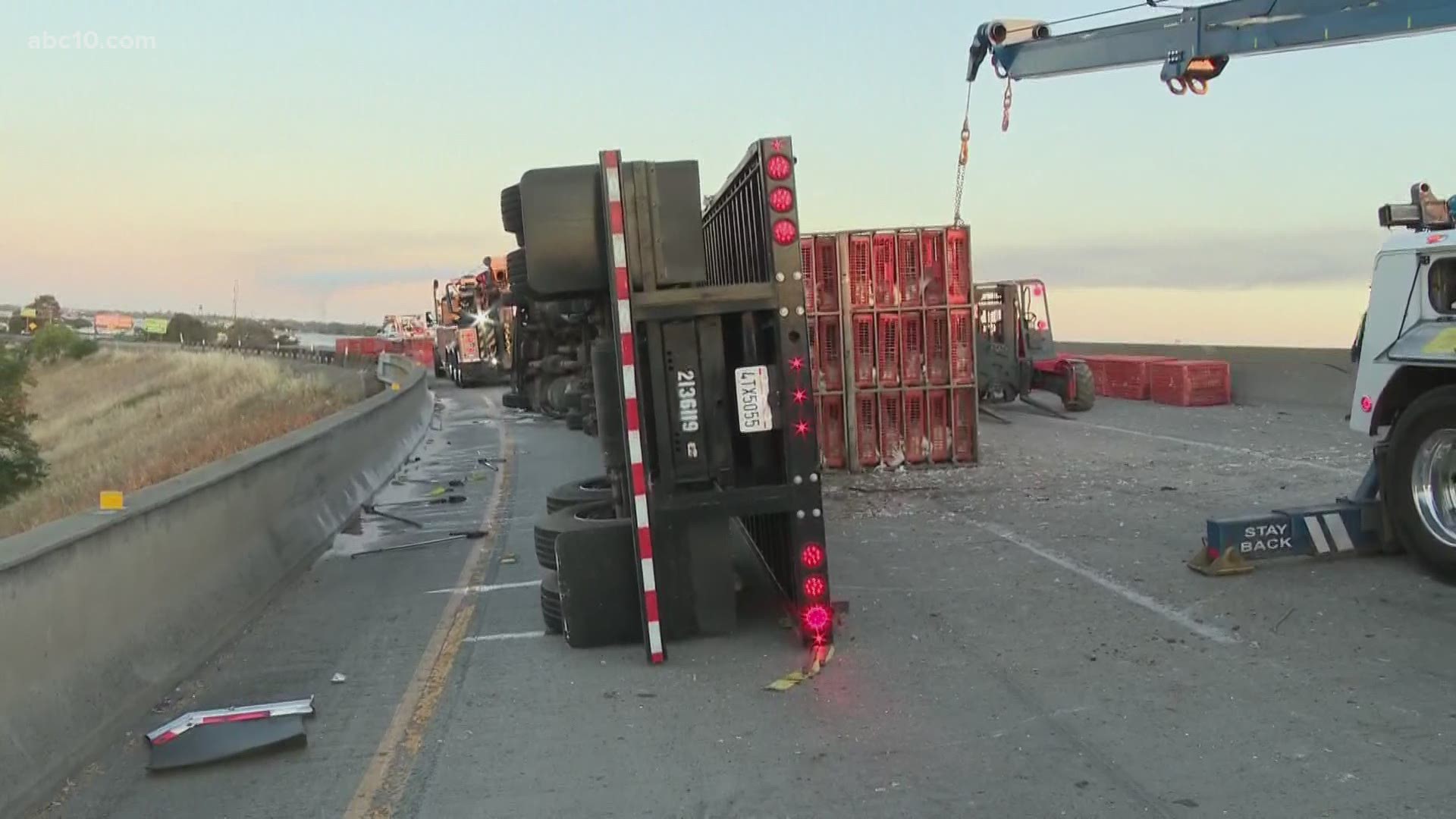 Lanes are now open on the off-ramp connecting northbound Highway 99 to the Crosstown Freeway.

The big rig has been put upright and attached to a tow truck, though lanes are not yet clear at this time.

Cal Trans says the truck may be towed away in the next 15 minutes or so, but the crews clearing the chickens and debris from the road say they may not be finished for another hour.

An exit ramp leaving Highway 99 northbound heading onto Highway 4, also known at the "Crosstown Freeway," is blocked off after a tractor trailer carrying live chickens overturned.

Crews are expected to be on the scene in Stockton for at least a couple more hours as of 6 a.m. to clear the big rig from the road.

Commuters should plan alternate routes as drive times will likely be affected. Highway 99 northbound appears to be moving as of 6 a.m.

ABC10's Zach Fuentes was on the scene and reported that the big rig hit a wall as it was turning on the exit ramp, flipping over. Orange crates of chickens are still stacked on the trailer, turned on their side.

Sadly, Fuentes said that many chickens did not survive. There were no human injuries to report.

On scene in Stockton of an overturned big rig carrying chickens. CHP says no major injuries to humans but many chickens did not survive. This is the exit leaving 99 northbound heading onto the 4 westbound. Crews will be here for at least a couple more hours to clear.@ABC10 pic.twitter.com/KLy11nR9im

According to Fuentes, crews need to remove each crate of chickens from the trailer bed before flipping the truck upright.

It is also from this overpass that a fire on the Miracle Mile in Stockton can be seen. That fire was reported by Stockton City Fire Dispatch to be on the 1800 block of Pacific Avenue near multiple businesses. Fuentes said that flames could be seen from the freeway earlier in the morning, but as of 6 a.m., only black smoke is visible from that location.

Used cars are going for higher prices as consumer demand increases, but a shortage in new cars continues.