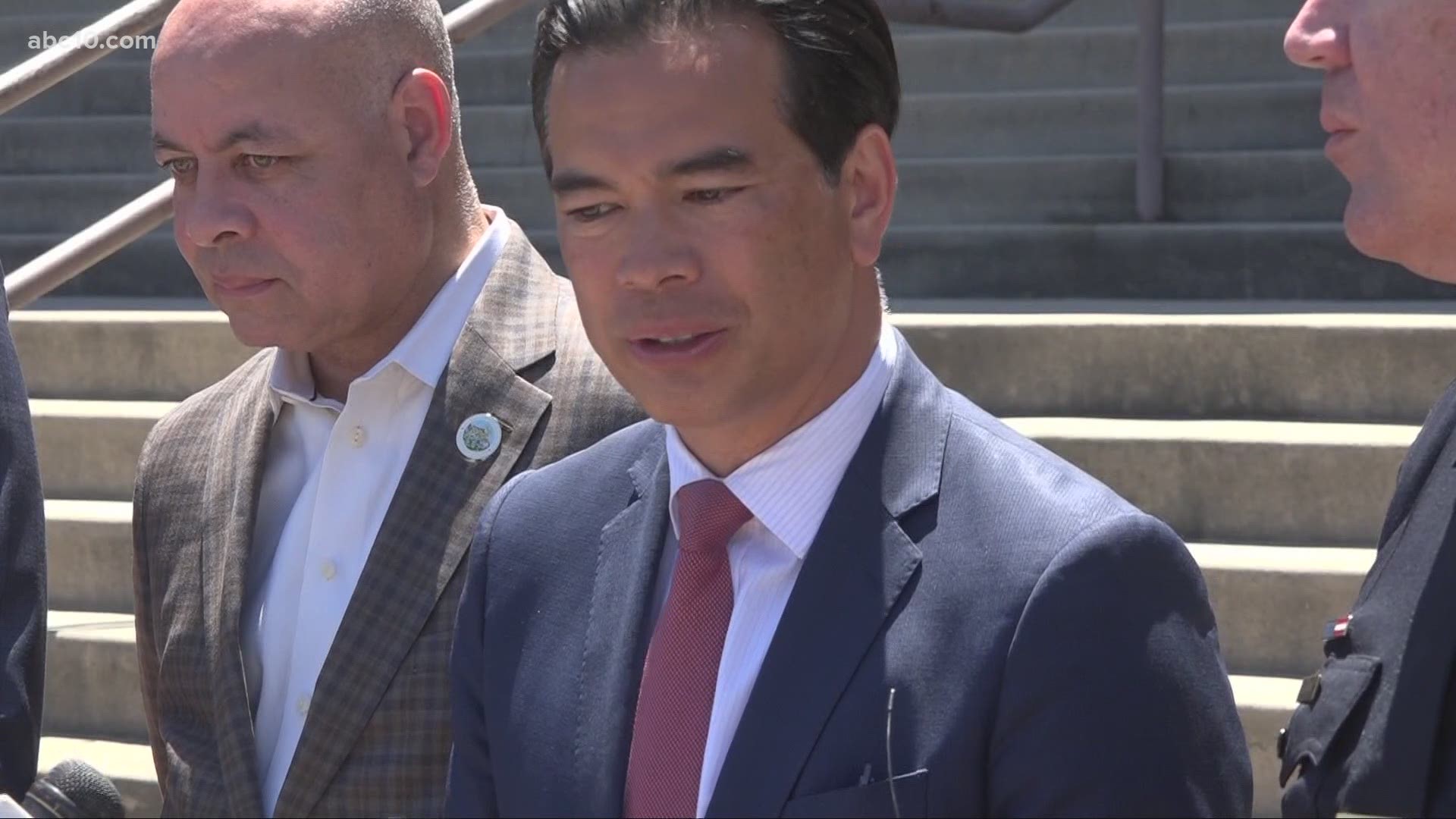 He called them "a model to be replicated across the state."

"Community-based strategies, like those implemented in Stockton, prevent gun violence by giving people critical support and resources on the front end, before a tragedy occurs," Bonta said.

Stockton's Office of Violence Prevention's efforts include Operation Peacekeeper and Operation Ceasefire, both of which bring together law enforcement, community leaders and young people to tackle gang and gun-related violence.

"My brother got stabbed multiple times in the midst of the fight, I started shooting," 30-year-old Koron Richardson said, remembering a night when he says he was on the wrong path.

Richardson was convicted of assault with a firearm and sentenced to two years behind bars. When he got out, he was referred to the Stockton gun violence prevention program by his probation officer.

"I know before the Office of Violence Prevention, it probably would have led me back to being in jail," Richardson said.

He was one of several men sharing their stories with the attorney general at Thursday's roundtable. While Stockton saw 56 homicides in 2020, the highest number in eight years, authorities say a three-year comparison between 2015-2017 and 2018-2020 shows a 19% reduction in injury shootings, thanks to the program.

Since 1998, Stockton says its Operation Peacekeeper has played a key role in local efforts to reduce gang-related homicides. Outreach workers include generally older men, known as Peacekeepers, who provide at-risk younger men with guidance and mentoring.

There is also a 14-week class focusing on better decision making, overcoming trauma and financial literacy.