The non-profit, Prosecutors Alliance of California, wants to advocate for comprehensive reforms to the state's justice system. 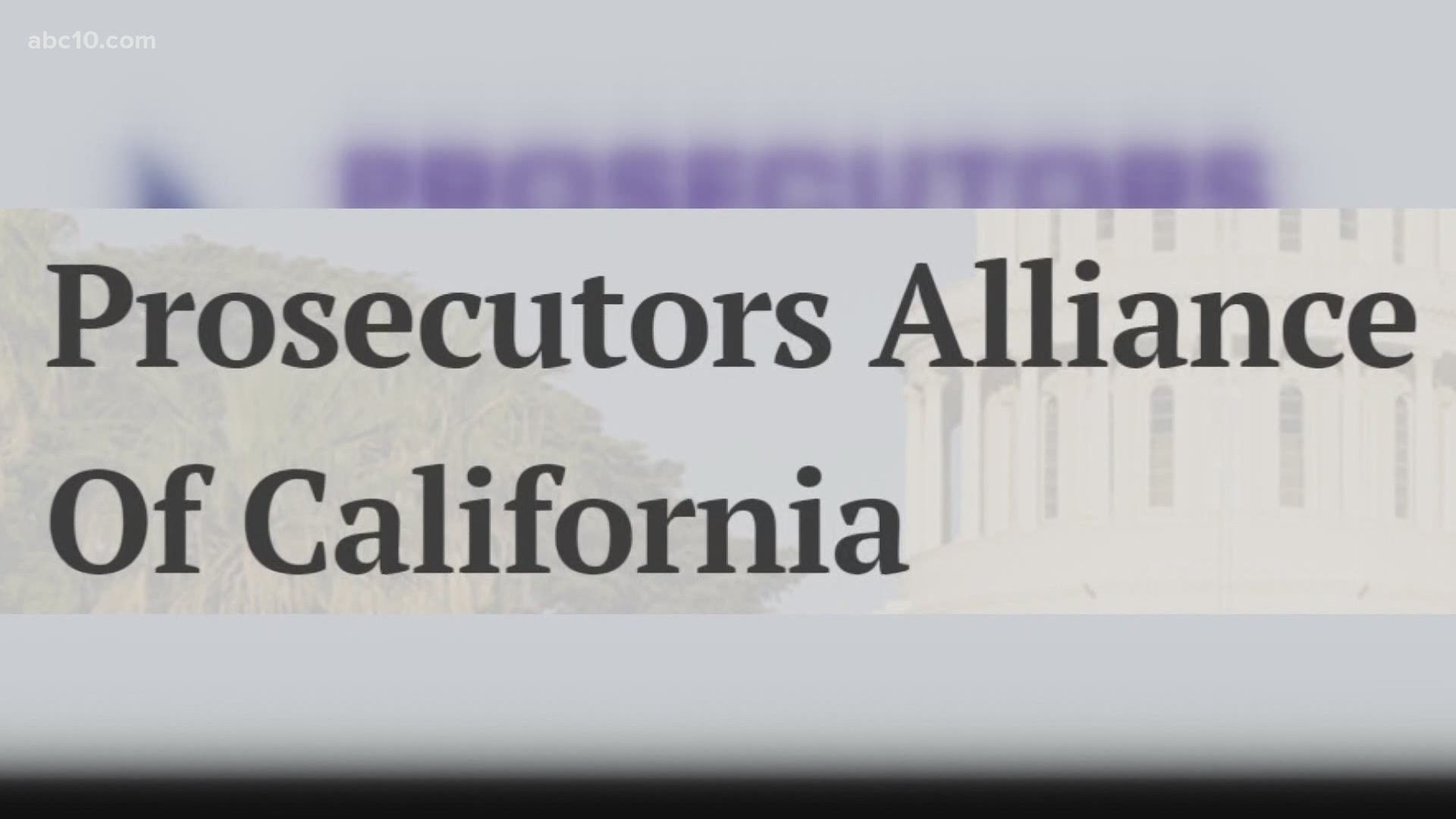 STOCKTON, Calif. — Calling themselves an alliance to "fight the politics of mass incarceration and end the failed strategies of the past" three current county district attorneys and a former DA made their group public for the first time via Zoom.

"What we have seen around our state is the need for advocacy and the need for law enforcement leaders such as these to step forward and claim the mantle, not just of public safety, but of reform," said Cristine Deberry, Executive Director of Prosecutors Alliance of California.

The non-profit group wants to advocate and weigh in on state legislation, ballot initiatives, and candidate races. They want to "support candidates for state and local office who advocate for comprehensive reforms to our justice system."

"When it's not working I'm asking them along with all the prosecutors in California and throughout this nation, take a stand, not in silence, but take a stand and stand up and say that's not working," said Verber Salazar.

Prosecutors historically have stood side-by-side with other law enforcement agencies, but in this case, they want to be an independent voice.

Boudin said his mother spent 22 years in prison and his father is still behind bars for an armed robbery that killed three men. He says he has seen firsthand how the prison system has failed those incarcerated and he wants to create change.

One of the top priorities of the new alliance: request the state bar to pass an ethical rule prohibiting prosecutors from soliciting contributions from police unions.

The group says it is open to any current or former prosecutor at the local, state, or federal level. The Alliance said it has also gotten interest from Virginia and Missouri to start their own chapters.

WATCH ALSO: California's coronavirus positivity rate down to 3.5% over a seven-day period