A sideshow is a kind of illegal street party where drivers perform donuts and burnouts in their car for spectators. 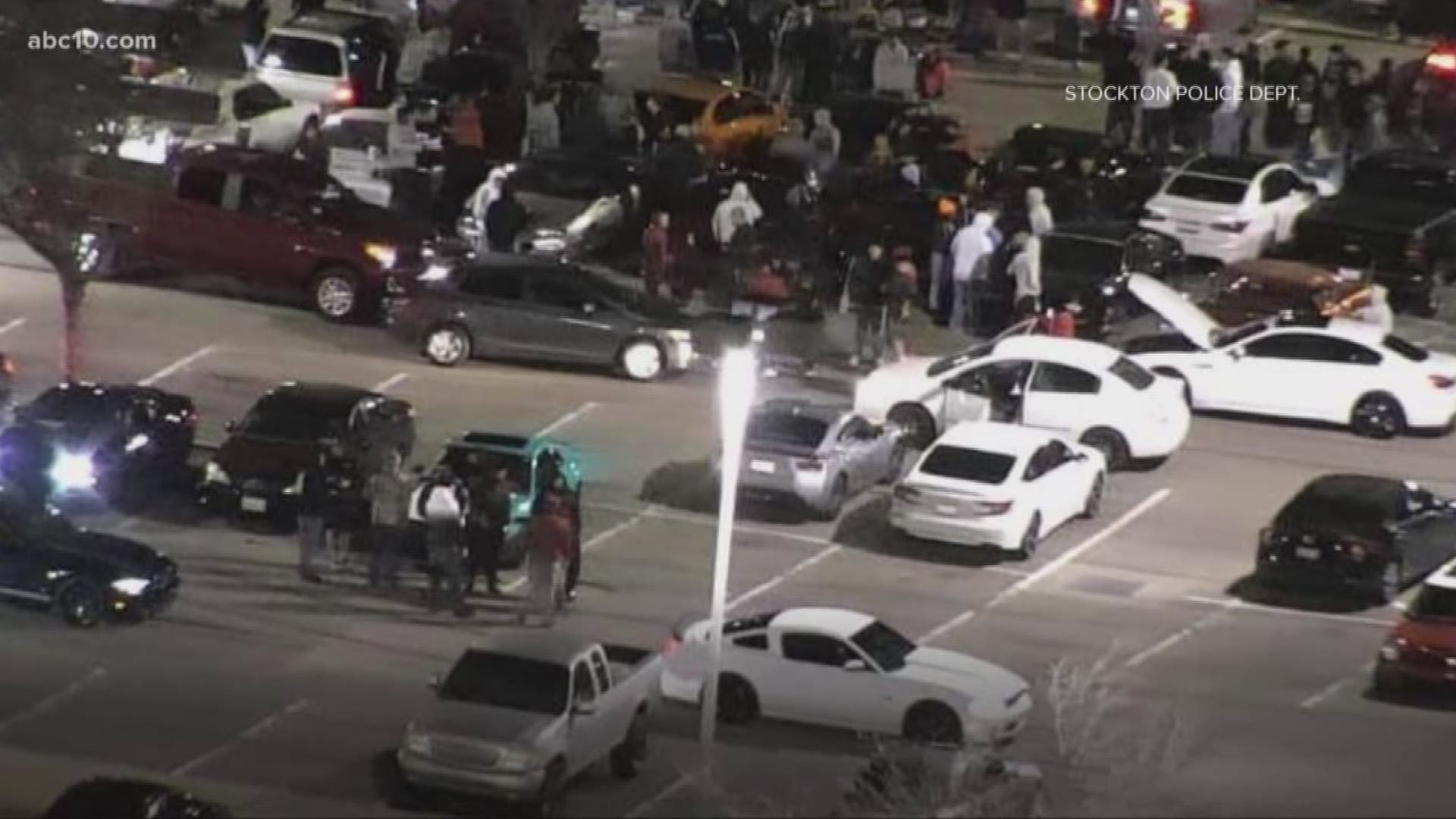 STOCKTON, Calif. — Twenty four cars were seized by police in Stockton Thursday night after police broke up a sideshow.

According to the Stockton Police Department, after receiving multiple reports of sideshows throughout the city, members of the San Joaquin County Sideshow Task Force and Field Operations Division handed out 70 citations, in additional to the two dozen vehicle seizures, during the crackdown.

A sideshow is a kind of illegal street party where drivers and spectators, sometimes in very large numbers, gather and block a roadway or occupy a portion of a parking lot while some perform donuts and burnouts in their vehicles.

The sideshows happened in two different locations at two different times. The first one was reported to have happened around 8 p.m. along Eight Mile Road and Trinity Parkway. While breaking up this sideshow, law enforcement conducted 40 traffic stops, 25 inspections, and towed four cars.