Homeless go out five days a week, picking up trash in return for gift cards and possible employment. 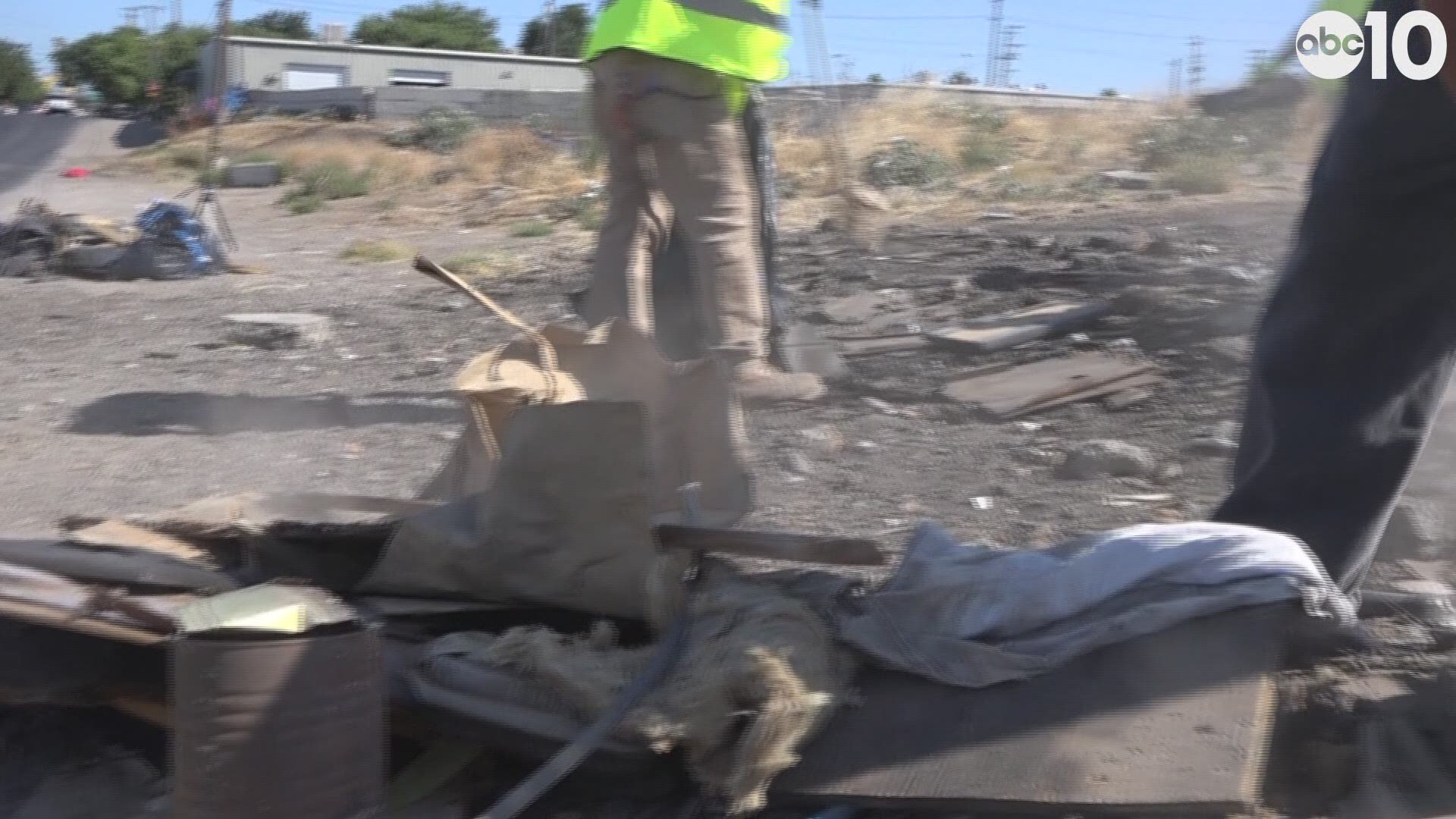 "It's been warmhearted. Nancy asked me to come in. I came in and I like it," said Wristman.

The 51-year-old was released from state prison in June after spending 17 years behind bars for manslaughter. Homeless, he's now part of the new Stockton 209 CARES or Community Accessing Resources Empowering Sustainability clean-up program.

The program started two weeks ago. The homeless volunteer to clean-up city streets. It's five days a week, four hours a day. In return, they receive $20 gift cards to places like 7-11 and Subway.

RELATED: How a 500-bed shelter in Stockton will give those in need a 'new life'

"Not only does it give them self-esteem, it gives them something to do. A lot of them want to stay sober and being able to do something helps that," said Nancy Lamb, who runs Stockton 209 CARES.

Lamb says the program was five months in the making. She partnered with Stockton City Council Member Christina Fugazi, who says she has donated $13,500 out of her $15,000 yearly council discretionary fund to get the program started. It's helped to buy a truck to load the trash, as well as supplies to clean-up.

Fugazi says she made a trip to Modesto in December where they have a similar program already underway.

"Why not employ the homeless, like they did in Modesto, to help clean-up the city? Give them a job. Give them an opportunity to give back to the community, a sense of worth and dignity and have them participate," said Fugazi.

Delfina Martinez, 55, and her husband, Alfredo, became homeless nearly a year ago after medical bills piled-up and they lost their home. Martinez says the clean-up program has given them renewed hope.

RELATED: Two years ago, her family was homeless. Now, this Stockton teen is helping homeless students at her high school

"It shows people that other people want to work and they're not sitting around. We just need a little chance to do it," Martinez said.

The ultimate goal of the program is to get jobs for those who participate.

Fugazi says she has a number of employer contacts lined up for possible job offers. So far, in less than two weeks time, one volunteer has landed a minimum wage maintenance position. Another volunteer has been reunited with his family.

RELATED: Mayors across California ask for funds to fight homelessness

Wristman, who once managed a moving company, also says he was once a drug dealer on the side.

"That's not my life no more. I'm trying to better myself," said Wristman.

Now, he says he is a certified electrician through training he got in the state prison system. He hopes someone out there will give him a second chance.

"I like to give back now. And, I think that's what I'm doing," Wristman said.

The non-profit Stockton 209 CARES says it is always looking for donations.

You can reach them at CARESPROGRAMSTK@Gmail.com