Jacob Servin was facing five counts of battery on a custodial officer after he was allegedly beaten and bloodied by officers inside of the San Joaquin County Jail. 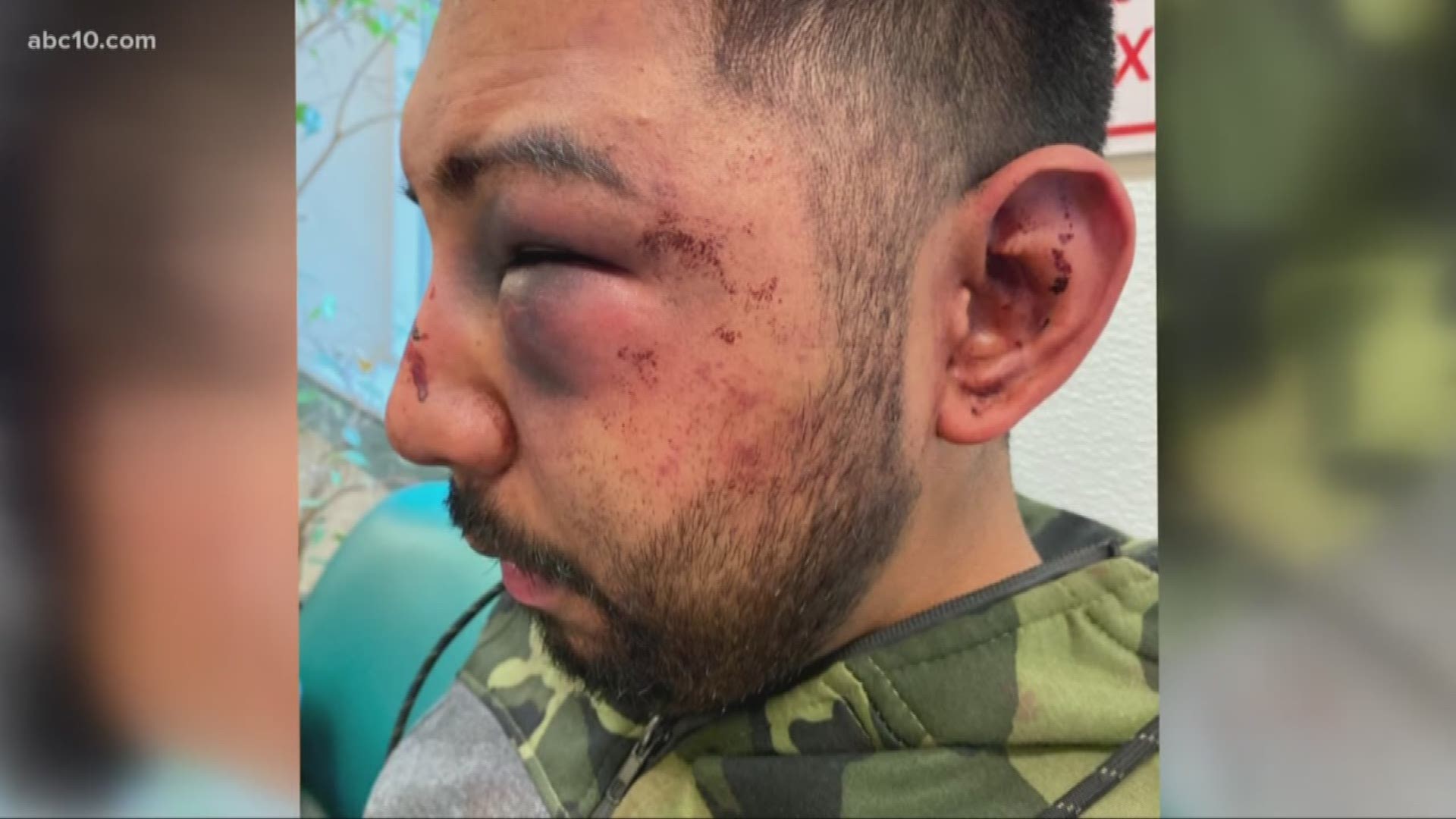 STOCKTON, Calif — The San Joaquin County District Attorney will not be pressing charges against the Stockton man who said correctional officers beat him inside of a jail's holding cell on Dec. 2, the man's attorney confirmed to ABC10.

Jacob Servin was facing five counts of battery on a custodial officer after he was allegedly beaten and bloodied by officers inside of the San Joaquin County Jail. The alleged attack happened after Servin was arrested by Stockton Police officers for public intoxication.

According to Angela Hayes, a spokesperson with the San Joaquin County DA's office, there is still a chance Servin could be charged. Because San Joaquin County Sheriff Pat Withrow started a protocol investigation into the altercation, the DA is holding off on pressing any charges.

"A protocol has been instituted, therefore no charges will be filed against anyone, if at all, until the protocol is complete," Hayes told ABC10.

Servin's case went viral on social media after Withrow released surveillance video of the alleged attack. The 18-minute long video does not show the altercation inside of the jail cell because of state law.

The video does show Servin being booked and escorted to a holding cell by multiple correctional officers. Moments later, the video shows officers walk into the cell with Servin, before later being walked out of the same cell with a visible limp, blood stains on his gray sweatpants and green jacket.

Sheriff's officials told ABC10 that Servin was being "combative with the correctional staff" after the took off his handcuffs and put him into the holding cell.

Servin's attorney, Sanjay Schmidt, said they have yet to file a lawsuit against the city but are insisting on having an independent investigation into the correctional officers involved in the altercation.

Claire Morgan contributed to this reporting.