Lowry and Stoudamire's connection goes beyond just a jersey. They've shared the same court and the same team as former teammates with the Memphis Grizzlies. 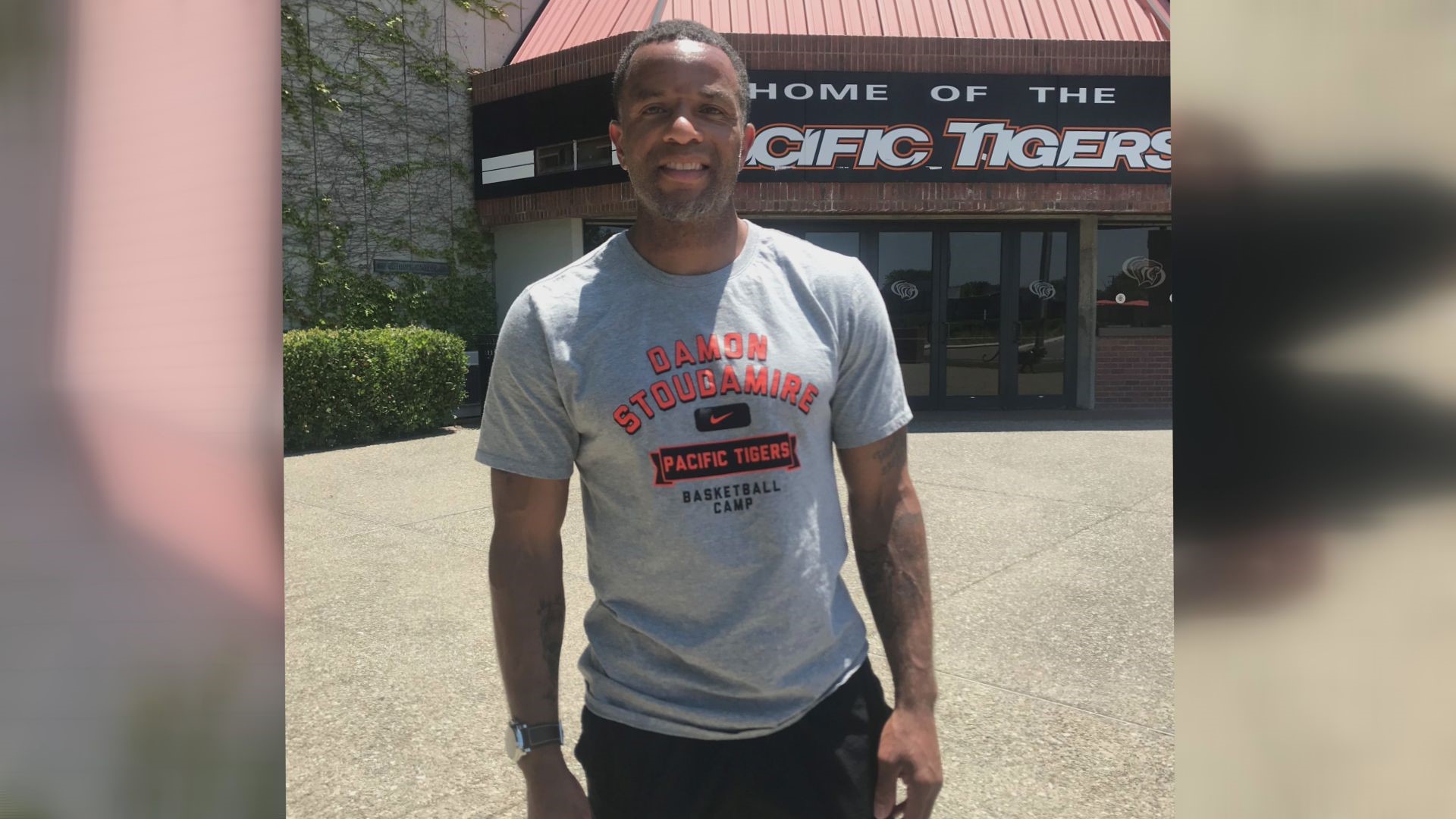 STOCKTON, Calif. — If you're a hoops fanatic, you know that Damon Stoudamire is more than just the head men's basketball coach at the University of the Pacific.

He was the first ever draft pick for the Toronto Raptors in 1995, selected No. 7 overall two years after the NBA decided to expand into Canada, adding the Raptors and the Vancouver Grizzlies.

"It just shows really how old I am," joked Stoudamire. "That's the first thing."

In his first year as a Raptor, Stoudamire won NBA Rookie of the Year — the team's first and only player to receive those honors — averaging 19 points and 9 assists per game. He was the future of the team, the player the Raptors hoped they would build upon for years to come.

But the Raptors would mostly struggle in the ensuing years as most expansion teams tend to do, only making past the first round of the playoffs once until the 2015-2016 season when current Raptors star Lowry helped lead the team to the Eastern Conference Finals.

"Although I was the first draft choice, it's showing that I'm getting older," said Stoudamire, as he took a break from running his annual kids basketball camp on the university campus. "But, it's also showing — and he's told me this on numerous occasions — that he really respected my knowledge, and he really respected me for embracing him."

After four seasons in Toronto, Stoudamire was traded to the Portland Trailblazers where he played eight seasons. He later played for the Grizzlies and for the San Antonio Spurs.

Lowry and Stoudamire's connection goes beyond just a jersey. They've shared the same court and the same team as former teammates with the Memphis Grizzlies in Stoudamire's 11th season. (Yes, the same team that was once in Vancouver was relocated after six years because of financial reasons.)

"I played with Kyle for about a year and a half," Stoudamire explained. "And, then when I got into coaching, I actually coached Kyle when I was under Lionel Hollins with the Memphis Grizzlies."

Stoudamire has remained close to Lowry over the years, communicating back and forth as a mentor. He also likened his former team, the Memphis Grizzlies, to his program at University of the Pacific.

"I see the whole process of how that Memphis team became grit and grime and were able to establish themselves as one of the best teams in the NBA," Stoudamire said. "And it's kind of how I try to do my program here at Pacific,"

Stoudamire made an appearance in Toronto for Game 1 of the NBA Finals, when he was honored before the game with other former Raptors players.

"You move on, but, obviously you always remember that first team you played for," Stoudamire said. "I was drafted by Toronto. The draft that year was in Toronto. So, I walked across the stage there, and I won rookie of the year. So you know — it will always hold a special place in my heart."