"She was not just a champion for farmworkers, but for women, for people of color, for the LGBT community," said History Professor Sarah Seekatz. 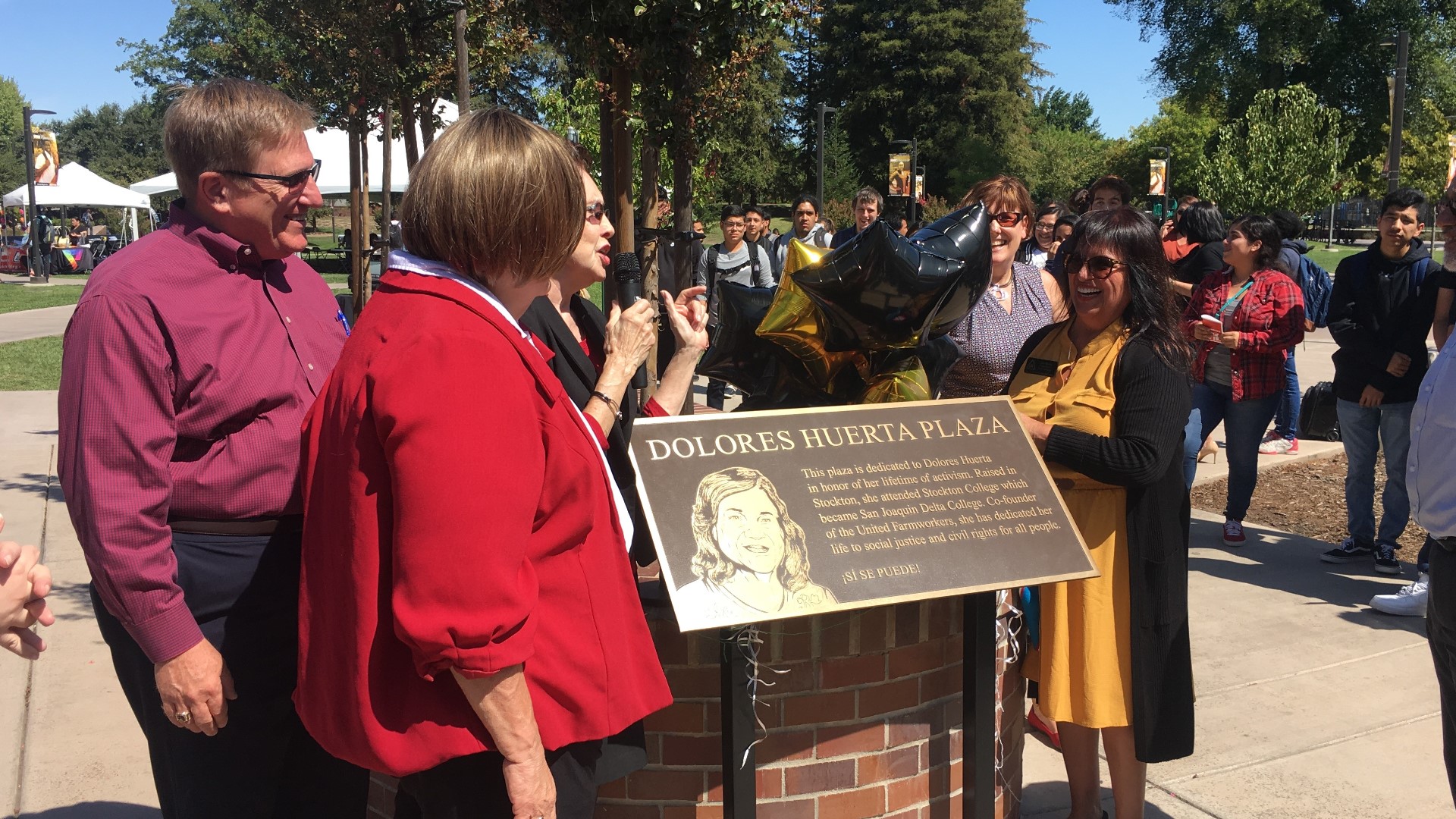 STOCKTON, California — With a crowd of students, school officials, and Dolores Huerta's sister in attendance, a plaque featuring the labor leader was unveiled on the campus of San Joaquin Delta College in Stockton.

"She was not just a champion for farmworkers, but for women, for people of color, for the LGBT community," said Sarah Seekatz, who is a history professor at Delta and helped organize today's event.

Huerta could not attend. The foundation she runs in Bakersfield said she had a prior engagement as a keynote speaker at the University of Indiana for Hispanic Heritage Month.

However, Huerta's sister, Alicia Arong of Stockton, was on hand representing the 89-year-old icon.

"She would be so pleased. And of course she would be talkin' to the students to get out and vote and get out and be involved and finish their education and 'si se pueda,'" said Arong.

There was music, food, and a festive atmosphere to honor Huerta, who co-founded the United Farm Workers Union with fellow labor rights icon Cesar Chavez.

Most students here were too young or not even born yet when Huerta was making her mark getting better working conditions and higher wages for farmworkers. But, they have learned about her through school and their community.

"She was a co-founder of the United Farm Workers movement, where she worked and followed with the strike for the farmworkers," said student Annmarie Macias.

"I think it's amazing that we're honoring such an iconic person, especially at Delta College, especially having her roots in Stockton," said student Aaron Jones.

Gloria Alonzo-Cruz was one of the students who spoke just before the plaque's unveiling and noted Huerta's contributions to Stockton, women, and students like herself.

"For the Stockton community, Huerta represents the journey of many and gives hope to a new generation, new generations of attending community college as their first option," Alonzo-Cruz said.