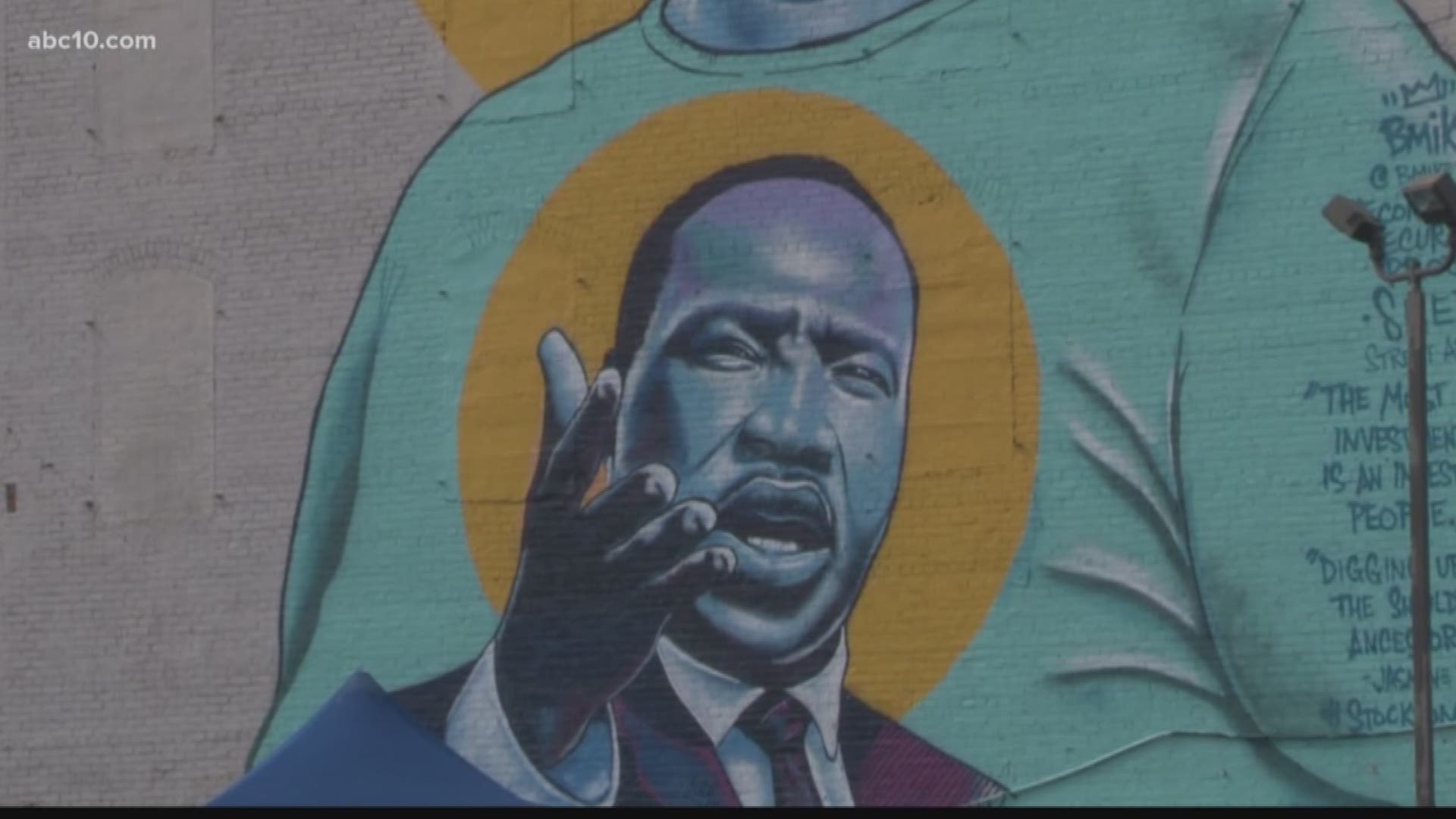 High atop a lift in downtown Stockton, artist Kia Duras is giving her original artistic idea new life to an old brick building.

“The tree represents growth in the community. One end is getting its energy from the sun. It’s green and lush and the other end is the roots of the city," said Duras.

Her giant mural is one of three downtown highlighting Mayor Michael Tubbs' upcoming Universal Basic Income (UBI) experiment. Money provided by the Economic Security Project will give some low-income Stockton residents $500 a month for a year to a year and a half starting this fall.

“While I was in college I remember reading ‘Where Do We Go from Here: Chaos or Community?’ and Dr. King was calling for a guaranteed income saying that the richest nation in the world, the bottom shouldn't fall out for other people," Tubbs said.

Dr. Martin Luther King gave that speech in 1967 mirroring what now has become known as SEED or the Stockton Economic Empowerment Demonstration program.

To help get the word out, Street Art Anarchy based in New York, which secures artists to social causes, reached out to the non-profit funding the mayor’s experiment with the idea to beautify and educate Stockton.

Duras started her work Friday going through 22 gallons of paint at 10 hours a day to create her one-of-a-kind artistic piece.

“So I did the sketch in black and white and submitted it and then thought about the colors," Duras said.

Matt Amen, who works for Stockton's Huddle and 10 Space, helped secure the building space for the art work.

“It’s great seeing families walk down the street and then look up at these murals with a huge smile on their face saying 'We need more of this,'" Amen said.

Duras hopes to wrap up her mural on Wednesday. SEED and part of Dr. King's legacy kicks off in September.