Family says Stockton man injured in hit-and-run is paralyzed, may have been robbed before accident

Cristian Urquiza's girlfriend says a friend who spoke with him on the phone, told her Urquiza encountered a group of men and may been robbed before he was hit. 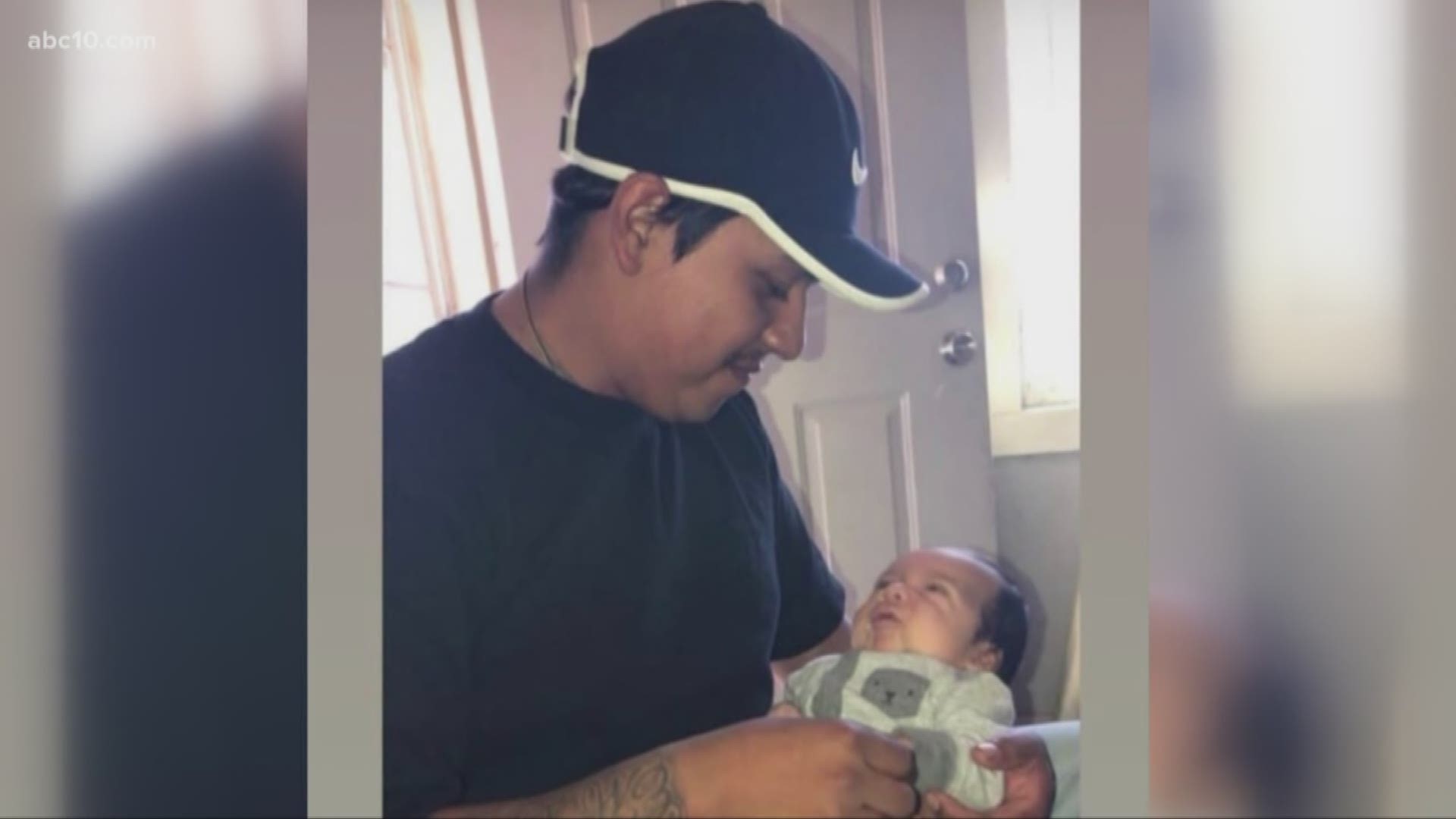 STOCKTON, Calif. — Ofelia Ayala describes her boyfriend, 25-year old Cristian Urquiza, as a very giving person with a huge heart. The father of a one-year-old boy who attended Stockton's Franklin High School is now in the hospital after he was seriously injured in a hit-and-run accident over the weekend.

Ayala said Urquiza is still in critical condition and has been unresponsive.

"They did do a back surgery for, I want to say, 8 to 9 hours," Ayala explained. "Everything went well, other than the fact that they did say there was permanent damage, and he will no longer be able to walk. So, he is paralyzed."

Ayala told ABC10 that she dropped off Urquiza on Waterloo Road in front of the Curry’s Groceries store just before 9:30 Saturday night to walk home following an argument.

She says a friend who spoke with Urquiza a short time later on the phone, told her Urquiza encountered a group of men and may been a victim of a robbery.

"He never ended the call. Christian never hung up," Ayala explained. "But there was mumbling, so he believes he probably put his phone in his pocket and there was just an altercation."

Officials with the Stockton Police Department and CHP could not confirm if Urquiza was robbed before the accident.

Ayala says she tracked her boyfriend's phone and found it covered under leaves nearly a mile and half away from where he was hit near East Flora Street and North Airport Way.

She says the watch he wore was also missing. So far, there are no arrests.

Carmen Sanchez, Urquiza's mother, spoke to ABC10 outside of San Joaquin General Hospital, where her son is recovering, said he’s a good person who did not deserve what happened to him.

"Please help us find the people responsible for this," Sanchez pleaded.

The California Highway Patrol is handling the investigation.

STAY UP TO DATE ON EVERYTHING HAPPENING
IN STOCKTON BY DOWNLOADING THE ABC10 APP: