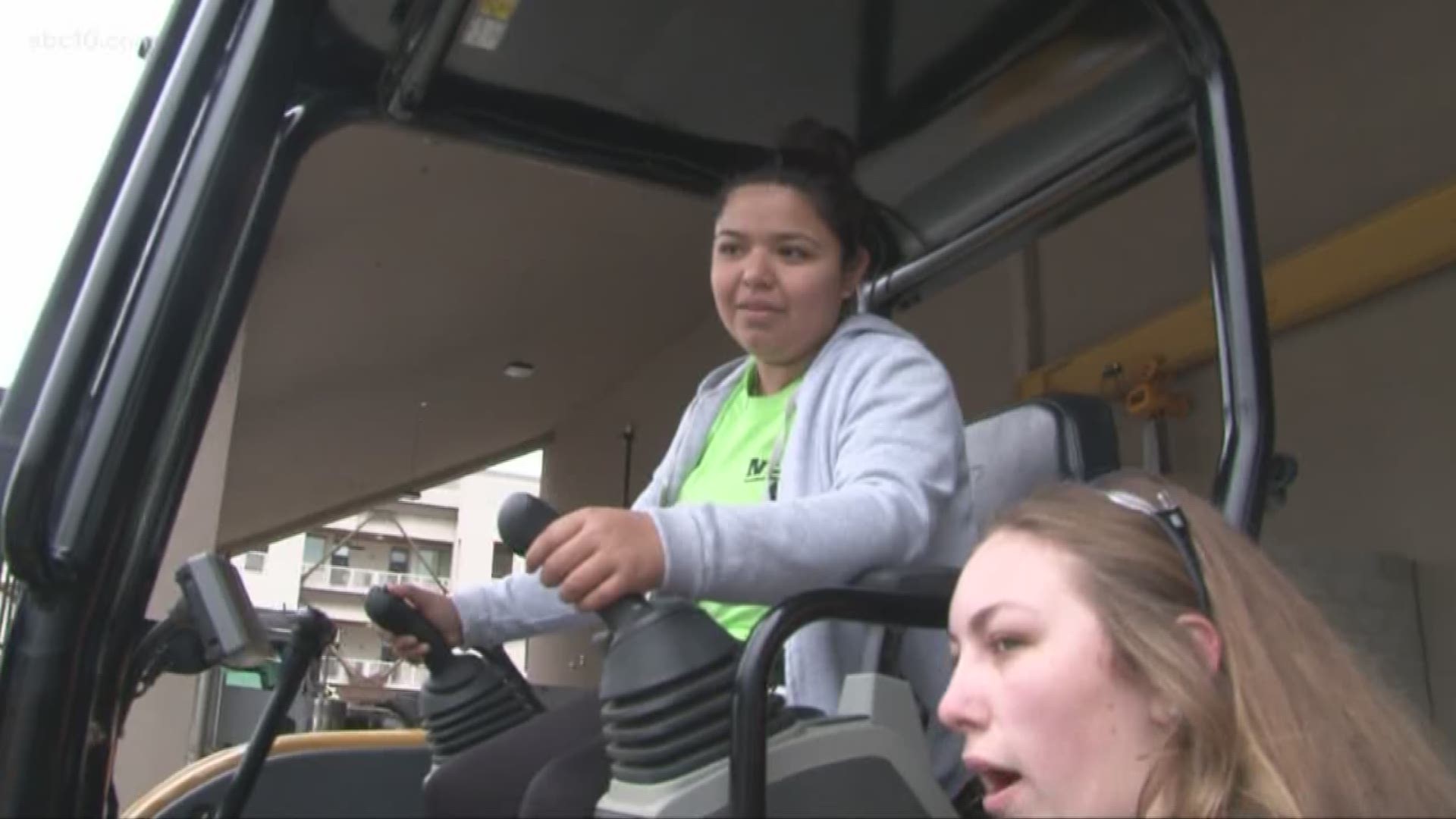 STOCKTON, Calif. — It never crossed 17-year-old Ariana Lopez's mind that she could one day be behind the controls of a massive Caterpillar excavator. But on Friday, she did just that.

"It's actually exciting to see all the machines that they use for like, construction and all that," said Lopez, a senior at McNair High School in Stockton.

The students are exposed to jobs more commonly associated with men like construction, welding, robotics, electrical and more.

"The reality is that the machines don't care who works on them as long as you can understand the equipment," said Delta College Diesel & Heavy Equipment Tech Program Associate Professor Brad Hannan. "If you can pick up a wrench, you can turn a wrench."

He had a pair of Caterpillar excavators set-up so the students could take a turn actually operating the machines under supervision.

"At first, guys are like it's just a girl trying to be a mechanic, but like, when I start talking or I know something and they're like, 'wait she actually knows what's she's talking about' they get confused," Ortiz said.

Delta College student Savannah Proctor is learning to be an HVAC specialist and one day hopes to own her own company.

"Not only is the pay good, but it's also not a BS job where it's not worth anything," Proctor said. "If you do it right you'll always be worth something."

According to the National Association of Women in Construction, nearly one out of 10 women hold construction jobs.

If you are interested in a vocational career, visit San Joaquin Delta College Certificate Programs.

ONE MORE FROM ABC10: Healing under pressure: Inside a military hyperbaric chamber

At 16, Samantha had a stroke, and when standard therapy wasn't enough to help her recover, she searched for a new way to get better. She found it in a hyperbaric chamber at Travis Air Force Base.