With no workers to take donations, the iconic thrift store chain is asking people not to donate for now. 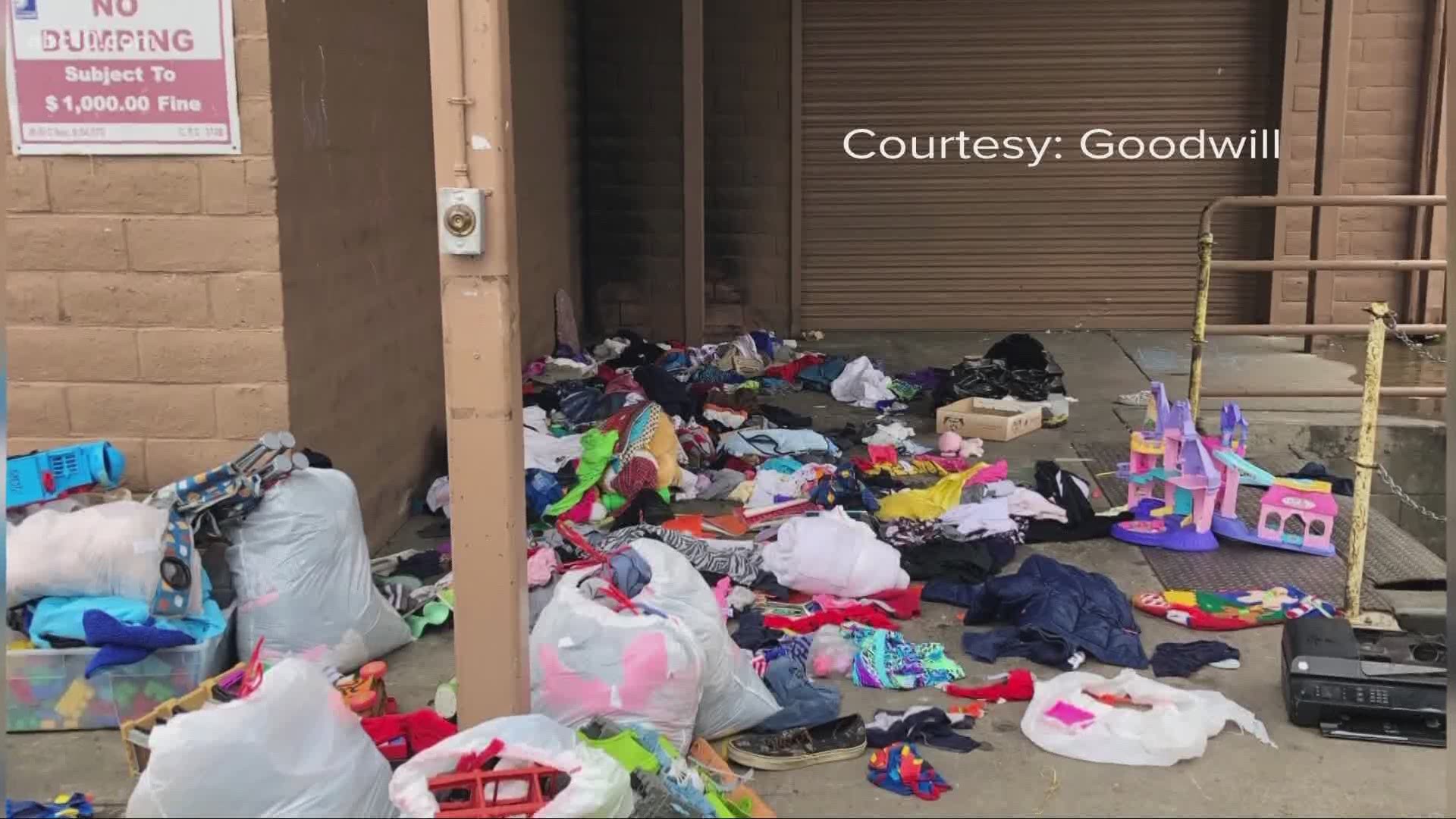 STOCKTON, Calif. — Juan Colon turned away from his local Goodwill instead of dropping off the boxes of clothing he was ready to unload.

"I got other side projects I want to do at home while I'm at home, and I don't have the space to pretty much do it," said Colon on why he needed to drop of boxes of clothes.

It's a scene repeated over and over behind Stockton's March Lane Goodwill Store. Since the shut down of stores went into effect, people have still kept coming and left whatever they have piled-up behind. The company said people are using stores as dumping grounds, unloading couches or large appliances the store chain doesn't even take.

The Goodwill store in Tracy was vandalized, and people dumped a stove and left clothing scattered.

"A lot of individuals started leaving merchandise at our back doors," says Denise Ost, CEO of the San Joaquin Valley Goodwill stores.

Ost is in charge of all 15 stores and two distribution centers in the San Joaquin Valley from Lodi to Visalia.

She says the stay-at-home shutdown has meant $3 million in lost revenue and other expenses, including paying to have donations that are left and picked through treated as contaminated trash.

"We've had to call back our truck drivers and truck helpers to service our locations with a snow shovel basically and big bins and pay to haul if off to the landfills," Ost said.

However, some are still employed to tell those who want to donate, not to at drop-off sites.

Goodwill hopes to re-open curbside donation service by the start of June or earlier in the San Joaquin Valley.

"And that's all we can do is making plans and waiting for the green light and go ahead," said Ost.

Bottom line, San Joaquin Valley Goodwill stores want your donations, but hold on to them for now.

For other thrift stores, call and see if they're taking donations before bringing yours.