Troy Cooper thought he heard what sounded like a baby or a kitten faintly crying out from a dumpster at his apartment complex. Then he looked inside. 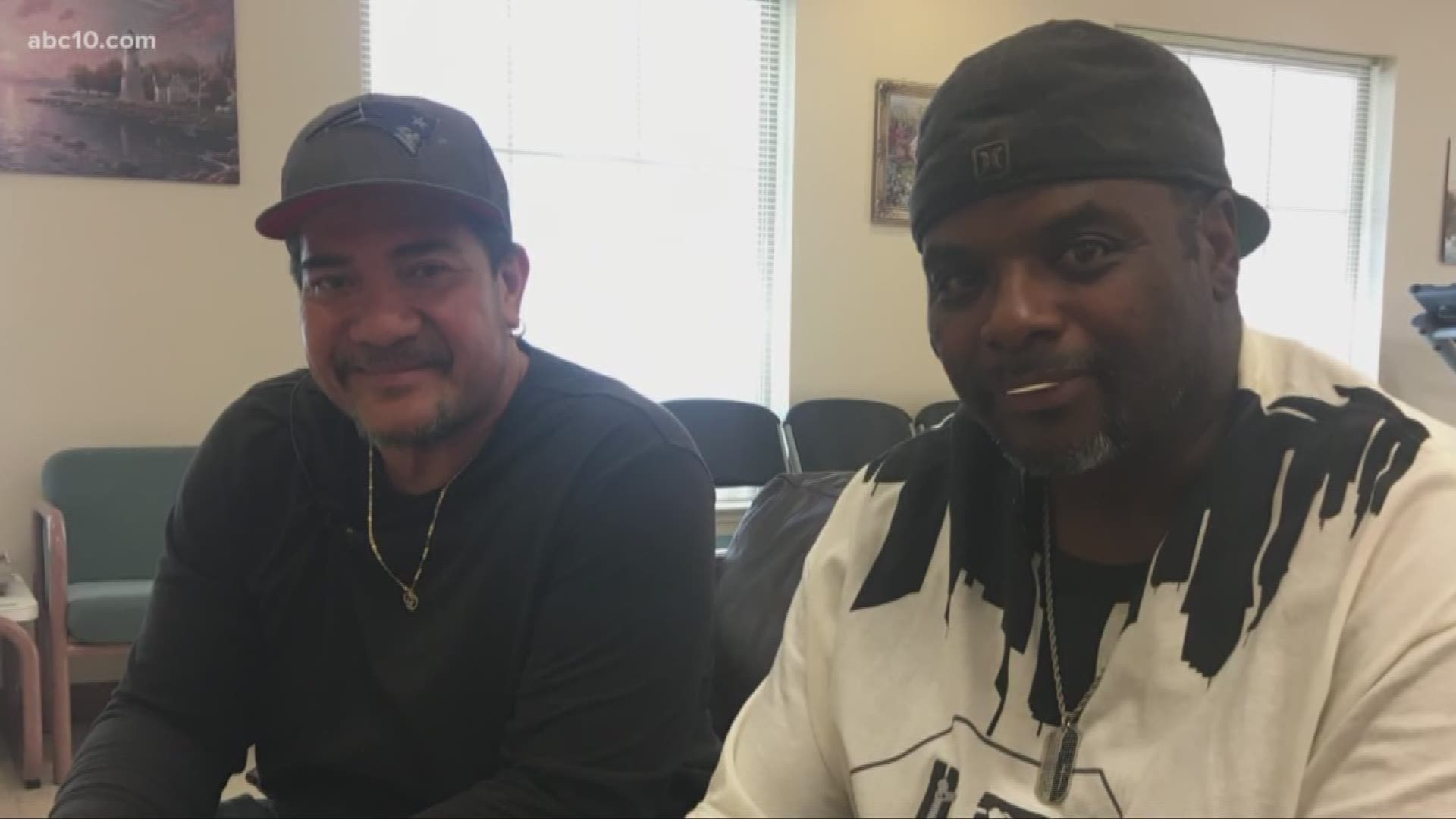 STOCKTON, Calif. — Two days after rescuing a newborn found in a Stockton apartment complex, John Pedobone says it was simply "divine intervention" that he and Troy Cooper made the discovery.

"I think it's the will of the Lord that put us there in the right time and the right place to save that life," Pedobone said.

Pedobone and Cooper work at the Winslow Village Apartments. Cooper is also a resident of the apartment complex. On Tuesday, around noon, Cooper pulled into a parking space in front his apartment, and as he was getting out of his car, he heard what sounded like faint cries. He made his way to a nearby dumpster enclosed by walls and shaded by trees and looked.

That's when he saw the newborn in a grocery bag, wrapped in a blanket, forever linking himself and Pedobone to the baby boy.

Pedobone took the infant inside the lobby of the complex and proceeded to clean the baby and keep him warm until emergency crews arrived.

"I don't consider myself to be a hero," Cooper said.

Pedobone, a father of five including grandkids, says he understands the criticism the 15-year-old mother is receiving on social media, but says, at the same time, some people are "jumping the gun."

"I think it's fair what they said, you know, but she's still a young mother, you know," Pedobone said. "But, that's an innocent life, too, that's she's trying to throw away."

Both men are looking forward to reuniting with the newborn, whose name has not been released. Pedobone says he would be seriously interested in adopting him, while spelling out his credentials in regards to his own kids.

"Every day I know each one of my kids where they're at," Pedobone explained. "You know, if they don't get at home at a certain time...I will look for them. And I give them all the attention that they need."

Cooper says he has spoken to the baby's grandmother, who told him he saved not one life, but two.

"Because the baby could have died in the dumpster. And the daughter could have got life in prison," Cooper said.