The renovated Alustiza building in Stockton will become a 118 bed shelter for women. Once it finishes, work is expected to begin on a 240 bed men's shelter. 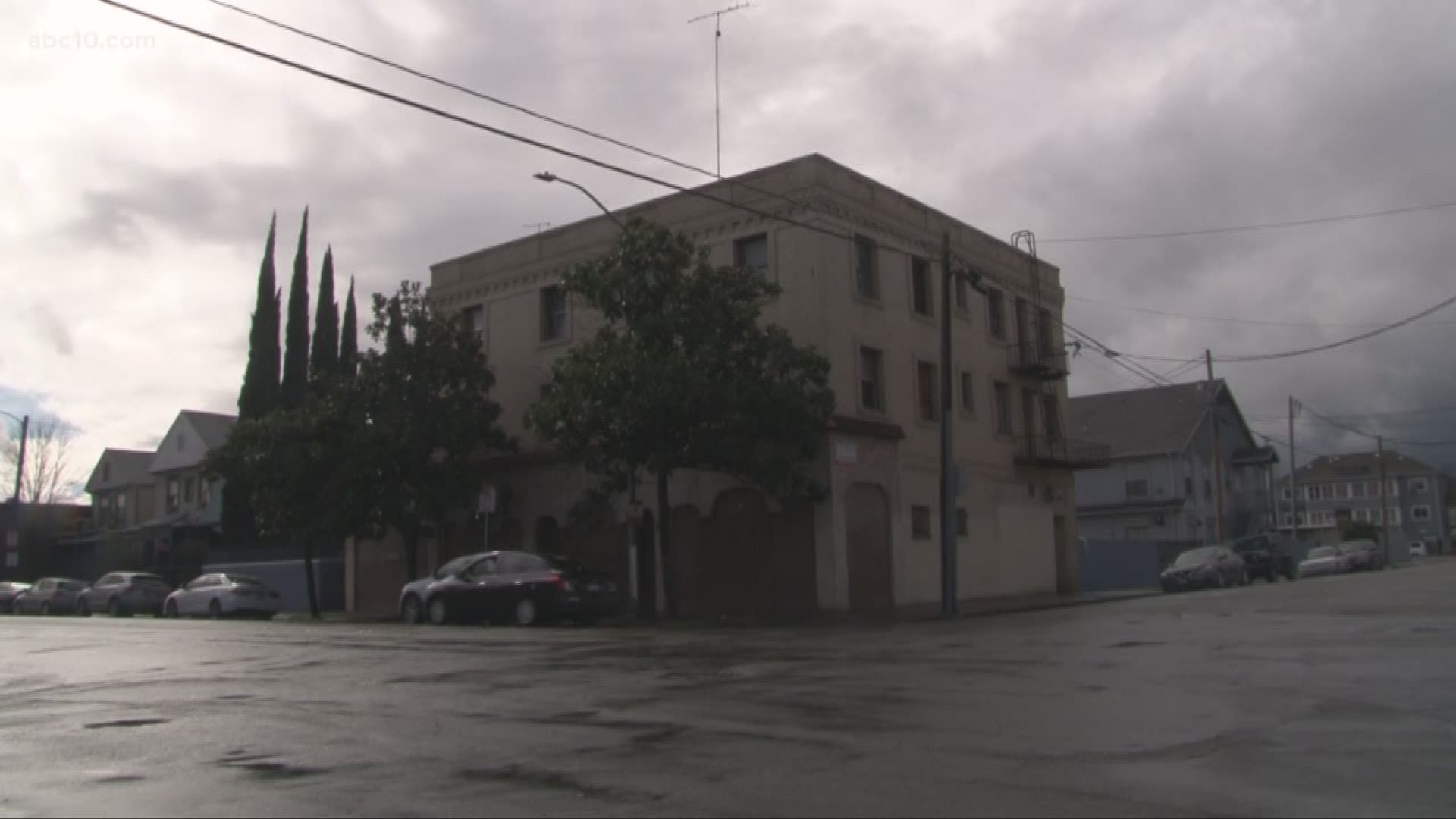 STOCKTON, Calif. — One of the largest, long-term homeless programs for women and men will be coming to Stockton courtesy of the Gospel Center Rescue Mission.

Part of this major project comes through a building renovation for the New Life Women’s Home. Its renovation is the most recent step that Stockton’s Gospel Center Rescue Mission has taken to get people off of the street and back into society as functional citizens.

The organization currently has seven renovation projects underway, either physically or in the planning stages. Those plans also call for a 240 bed men's shelter that'll make room for an idea to make a feeder school for trades.

How the women’s program is expanding

“There’s a disparity in America with the number of beds that are allocated to women and [even] then women with children is even the least amount of program beds,” said Wayne Richardson, CEO of the Gospel Center Rescue Mission.

RELATED: One of the largest, long-term homeless programs for women coming to Stockton

To remedy that, the organization has started a renovation of the Alustiza building, which was once a Stockton hotel. It's expected to add 118 additional shelter beds for women to their campus by the first quarter of 2021.

On that campus, that will translate to about 200 shelter beds specifically for women and women with children.

Renovation will transform the former bar area into a 20-bed orientation area for women, while the rest of the floor will have co-ed bathrooms and shower facilities setup akin a college dorm building.

The second and third floors will carry nine rooms on each floor, which vary between four person to eight-person rooms.

What is the New Life Program?

Instead of just shelter beds, the new center would also offer program beds for their six month, one year, and two year New Life program for men and women impacted by homelessness, addiction, and human trafficking.

There’s recuperative care, job training, education, and what Richardson describes as help in developing a moral and ethical respect for the rule of law.

Despite the accommodations, low barriers, and programming, it won't necessarily be a magic bullet for every person's problems.

RELATED: How Fairfield and Stockton could use CA's $500 million in shelter crisis money

Richardson said some departures can still happen due to the work that people have to put into the program, such as getting up on a schedule and doing tours.

“We’re looking to handle all of the people out there that really want help,” Richardson said.

Once all the renovations are completed along with the 240 bed men's shelter, the center will even be taking in people from neighboring counties.

“Our campus will be drawing from really the entire valley,” Richardson said. “We’ll have people as far away as San Francisco, north of Redding… Lake Tahoe, even Nevada people [are] applying because there’s just not – especially with women and women with children – the beds and program beds for women.”

How the center is trying to connect people to jobs

The Gospel Center Rescue Mission emphasizes life skills in their shelters and programming. Their campus renovation is going to expand on both opportunity and education for the people who participate in their programming.

One of their more ambitious efforts is developing a trade school course after their campus rebuild. There are currently plans to try a pilot program with the culinary trade.

“We are currently renovating our kitchen right now, and this is going to happen by the end of the year. We will have… some fast food [business] that we will partner with to bring in all of their equipment into our newly renovated and expanded kitchen,” Richardson said.

Servsafe training would be the first stage of schooling, which helps develop life skills for preparing food and general cleanliness. After that, students in the program go through a 20-module evening course where they learn about all the fast food equipment and how to use it.

The final stage would be for the student to become a student instructor, teaching others about the first and second stages. There's even the possibility of interviews with the fast food business that they partner with.

Other trades would follow similar stages and also be open to other people, who might be unemployed.

“Instead of having lets says an HVAC school where they learn but then they have to find a job, there’s already a feeder program into a job waiting for them,” Richardson said.