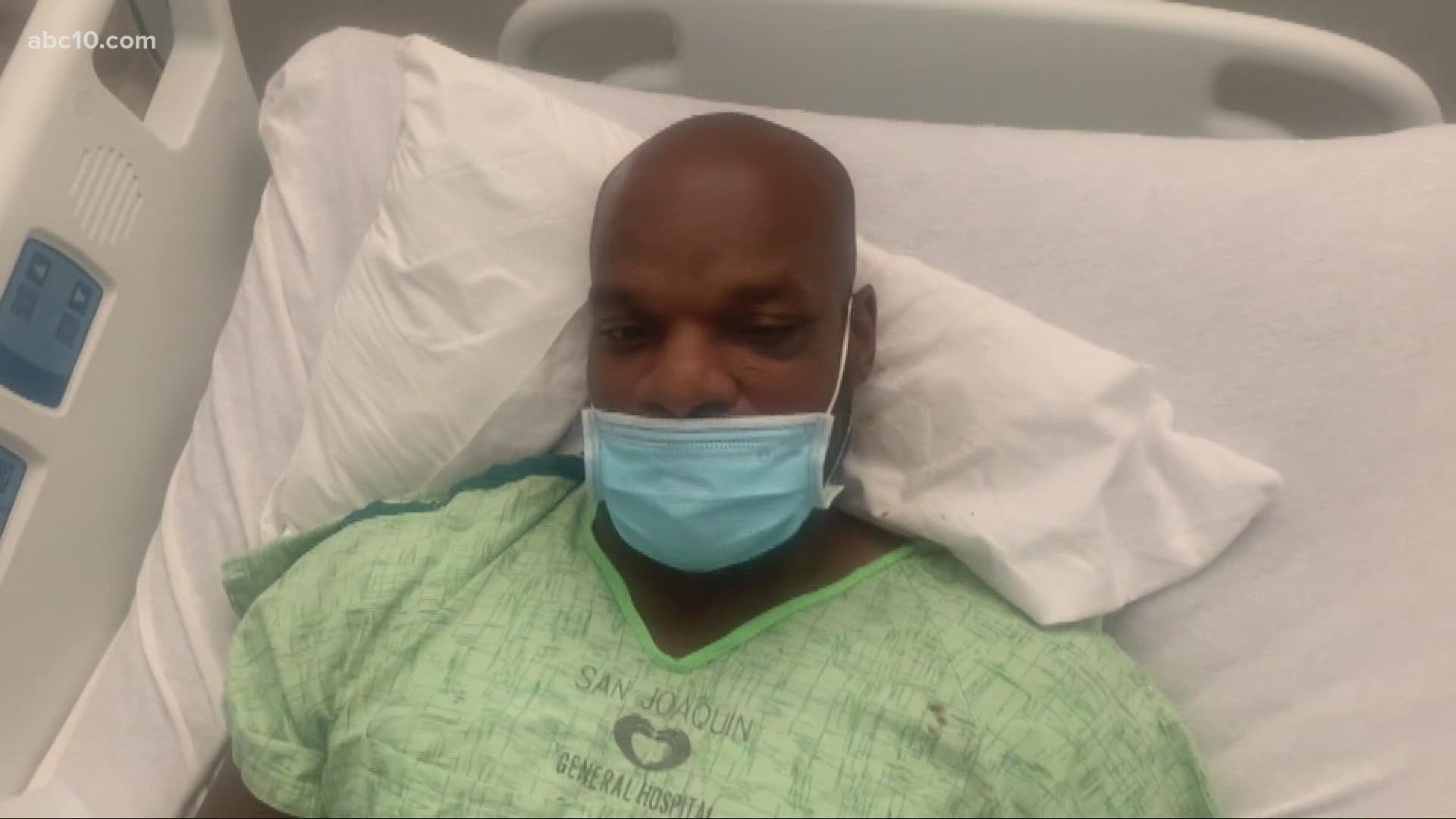 STOCKTON, Calif. — Stockton police have arrested a man in connection with a shooting that left a father of five in the hospital.

According to a Facebook post by the Stockton Police Department, 31-year old Michael Hayes of Stockton has was booked on attempted homicide, assault with a deadly weapon and multiple weapons charges following a shooting on Friday, Oct. 8.

“I would like to thank the anonymous tipster and the hard work of our detectives for bringing a quick resolution to this case for the victim and his family,” Stockton Police Chief Eric Jones said in a statement. “Gun violence is not tolerated in our community.”

"We had to have the evidence brought forth that would tell us that the defendant was biased against our victim, that bias was the motivating factor and it was a substantial factor," said Verber Salazar.

She says the hate crime charge brings three more years to what Hayes can face. However, she said she would like to see the law changed to add a higher number of years to a hate crime conviction.

A family member of 45-year-old Bobby Gayle said he was shot seven times and is recovering in the hospital.

According to his brother Marlon Gayle, Bobby saw a man driving through the parking lot at high speed and yelled for him to slow down. That's when Hayes allegedly stopped his pick-up truck, called Gayle the "N word," and started shooting.

"By God's grace, the guy was found and he was arrested. And, we'll let justice take it's place. We are so glad. We're blessed and very grateful," said Marlon Gayle.

Marlon said the shooter didn't hit any major arteries. He said his brother was hit in his throat, upper arm, shoulder and two times in the face. But, he added that Bobby Gayle has a long recovery ahead.

"He does have a bullet that's in his head that is going to stay there because they can't remove because it will do more damage," added Gayle

Community activist Toni McNeil says the shooting is "frightening," but "not shocking at all" and that racism needs to be declared a public health crisis.

"And so the more that we push for racial justice and equity in all areas, especially when it comes to policing and just the accountability and different things, the more you start seeing these things pop up," said McNeil.

Gayle's family has set up a GoFundMe page for Bobby Gayle as he recovers.

Hayes' arraignment is scheduled for Friday, Oct. 14. No bail has been set.