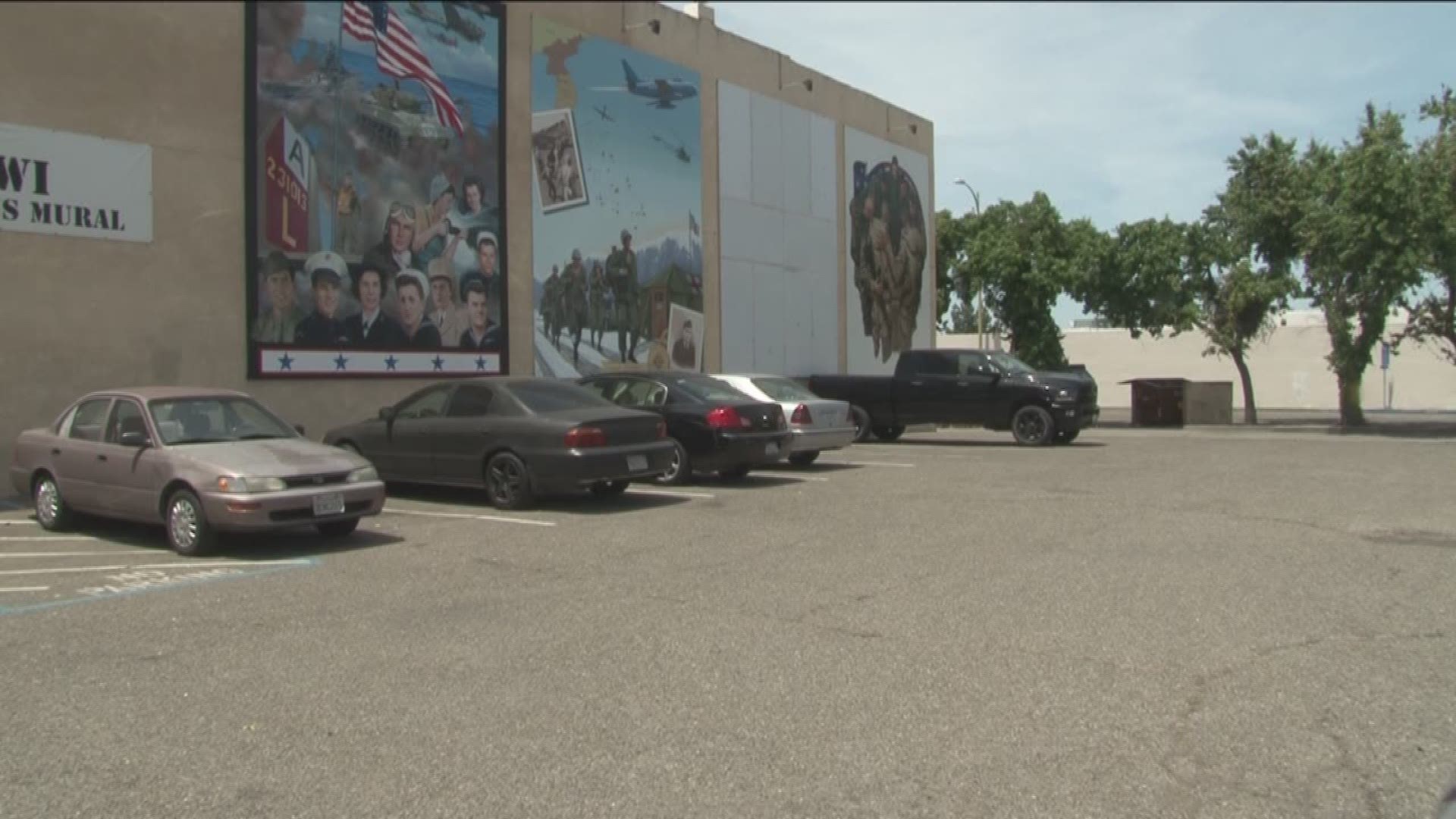 Ron Cruz was just 19 years old when he was drafted into the Army and found himself in the middle of the Vietnam War.

"The service in Vietnam was scary," Cruz said. He nearly lost his leg after being blown up on the front lines in the Mekong Delta.

But for the former M16 machine gunner, the reception he received when he returned home is another scar that has not gone away.

"I had to deal with those people doing their cussing, calling us names, spitting. All of those things," said an emotional Cruz with tears welling up in his eyes.

Cruz, who served from 1967-1969, believes the soon to be unveiled Vietnam mural in Downtown Manteca will be "healing to a lot of vets."

A pair of painters in Southern California were commissioned to do the giant mural for $25,000.

It will go up on a wall at the corner of West Yosemite Avenue and Main Street on May 20th at 11 a.m.

Three other war murals representing World War II, the Korean War and the War on Terror are already on the building.

A World War I mural will be next after the Vietnam War mural goes on display.

Even a half century later, Ron Cruz still becomes emotional after the unwelcome reception he received returning from the Vietnam War.

“I had to deal with those people doing their cussing, calling us names, spitting, all of those names," says Cruz.

Cruz was drafted at 19 from Manteca and quickly became an expert M16 machine gunner in South Vietnam’s Mekong Delta.

He nearly lost his left leg and his life, blown up in his armored personnel carrier.

“This Vietnam mural. I’m just telling you I believe is going to be a great healing thing for a lot of our Vietnam vets," says Cruz.

At a price tag of $25,000, the giant memorial, painted by Linda Shrader and Echo Westover, two artists from Yucca Valley.

“We had all of the Vietnam veterans meet with us. And we asked them questions to tell us about their experiences, what they wanted to see in their mural," says Charleen Carroll.

Alongside the other 3 war murals on a wall in Downtown Manteca at the corner of West Yosemite Blvd and Main Street, the Vietnam mural will display the names of 17 men.

The 17 men are all from Manteca who lost their lives in the Vietnam War.

It has taken the artists about 2 months to work on the giant mural.

Ironically, Charleen’s brother Brock Elliott, a marine, was the first to die from Manteca in Vietnam.

She hopes the mural will make people remember those who gave their all for their country.

Ron Cruz, who is now 69 and a retired letter carrier, wants the same.

“I would like them to leave with an appreciation for what we had to do as young kids, and that it wasn’t all our fault. And that we were just doing a job.”

The mural's unveiling ceremony takes place Saturday, May 20th, at the corner of West Yosemite Blvd and Main Street in Downtown Manteca.