An woman in crisis at a Lodi McDonald's restaurant got the help she needed thanks to the lessons employees learned in the restaurant's Safe Place initiative. 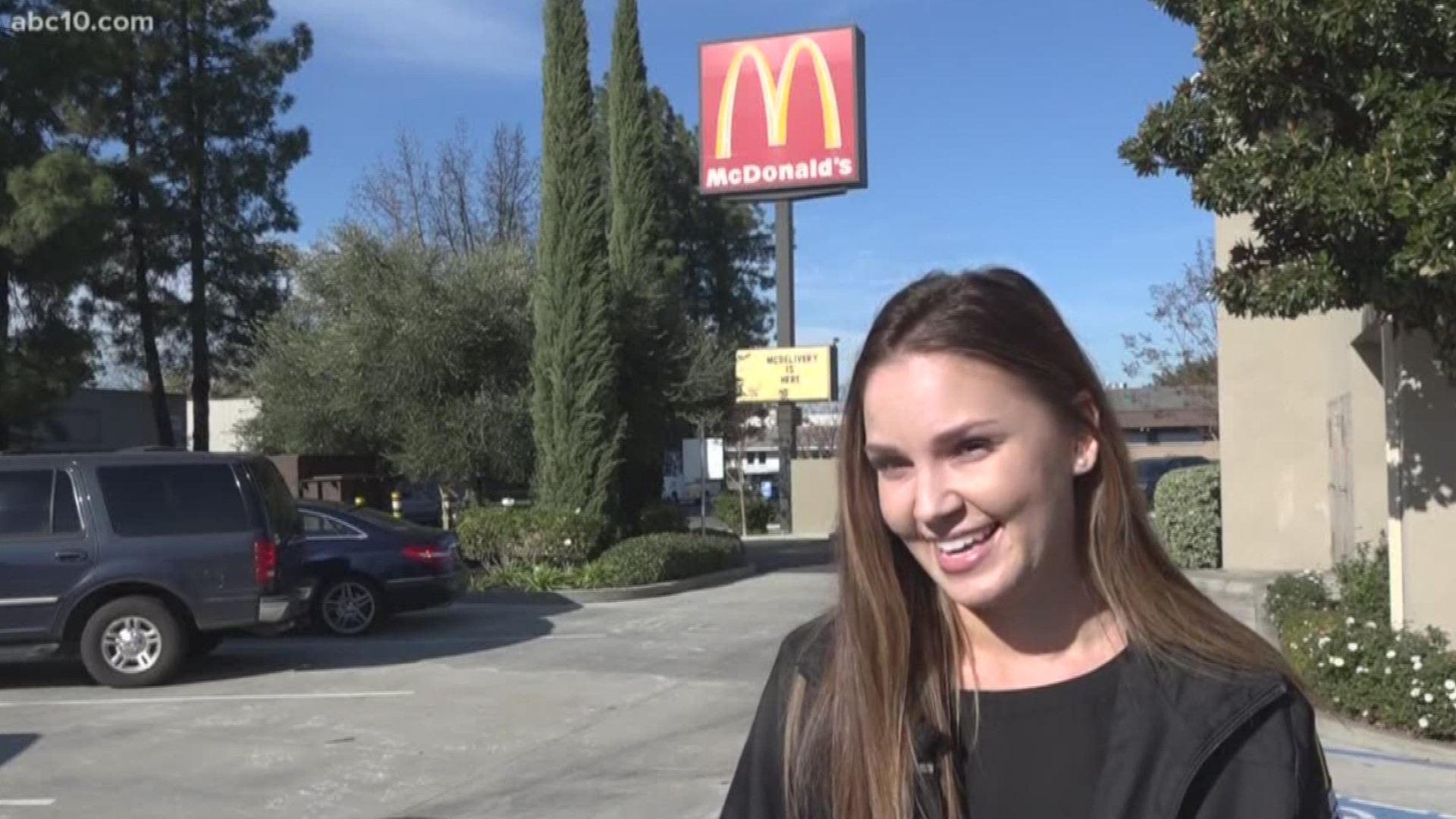 STOCKTON, Calif. — When a woman mouthed "help me" to get away from a man at the Flag City McDonald's restaurant off Interstate 5 in Lodi on Christmas Eve, restaurant employees knew exactly what to do.

"It's amazing to know that the training that we provide to our team, that they never expect to use, is put into motion so quickly," said Carli Schrader, owner-operator of the Golden State Restaurant Group based in Stockton.

The Safe Place initiative that helped rescue the abuse victim started as an idea back in 2016. The Super Bowl in Santa Clara sparked the idea.

"Human trafficking is actually at the highest point around the Super Bowl. So, when we heard that, we knew we needed to do something," said Schrader. "And, we found out the Women's Center Youth and Family Services is a National Safe Place agency...so, we worked together with them to partner and train all our employees."

All the restaurants take part in the National Safe Place program.

READ ALSO: Suspect in Orangevale standoff in custody after being gassed out of home

If you get hired at McDonald's, that video is part of your training.

"It's a collaboration for our response for young people who need help in crisis times where they may be out in public and the closest location may be a McDonald's," says Romero Davis, sexual assault and domestic violence program manager for Women's Center Youth and Family Services in Stockton.

The Schrader family hopes the Safe Place program can expand nationwide to as many restaurants as possible.

So far, the Schrader family estimates 10 to 15 cases where those in need have reached out to their McDonald's workers for help.

"You can see it in people's face, lots of distress. Maybe, you can see someone maybe separating... trying to make eye contact with someone, so they can either mouth something like the situation that happened," said Davis.

He added, "If a victim may be coming in by themselves, a lot of times the abuser will be outside waiting."

In the case of the Lodi Christmas Eve incident, Eduardo Valenzuela was booked into the San Joaquin County Jail for criminal threats, stolen property and a felon in possession of a firearm.

The female victim told San Joaquin County Sheriff's deputies Valenzuela threatened her life, threatening to use a gun which was found in the trunk of the car the pair was traveling in.

The sheriff's office says it was "stolen out of state."