The two men were boating on the Delta when they saw an overturned ATV in the water. 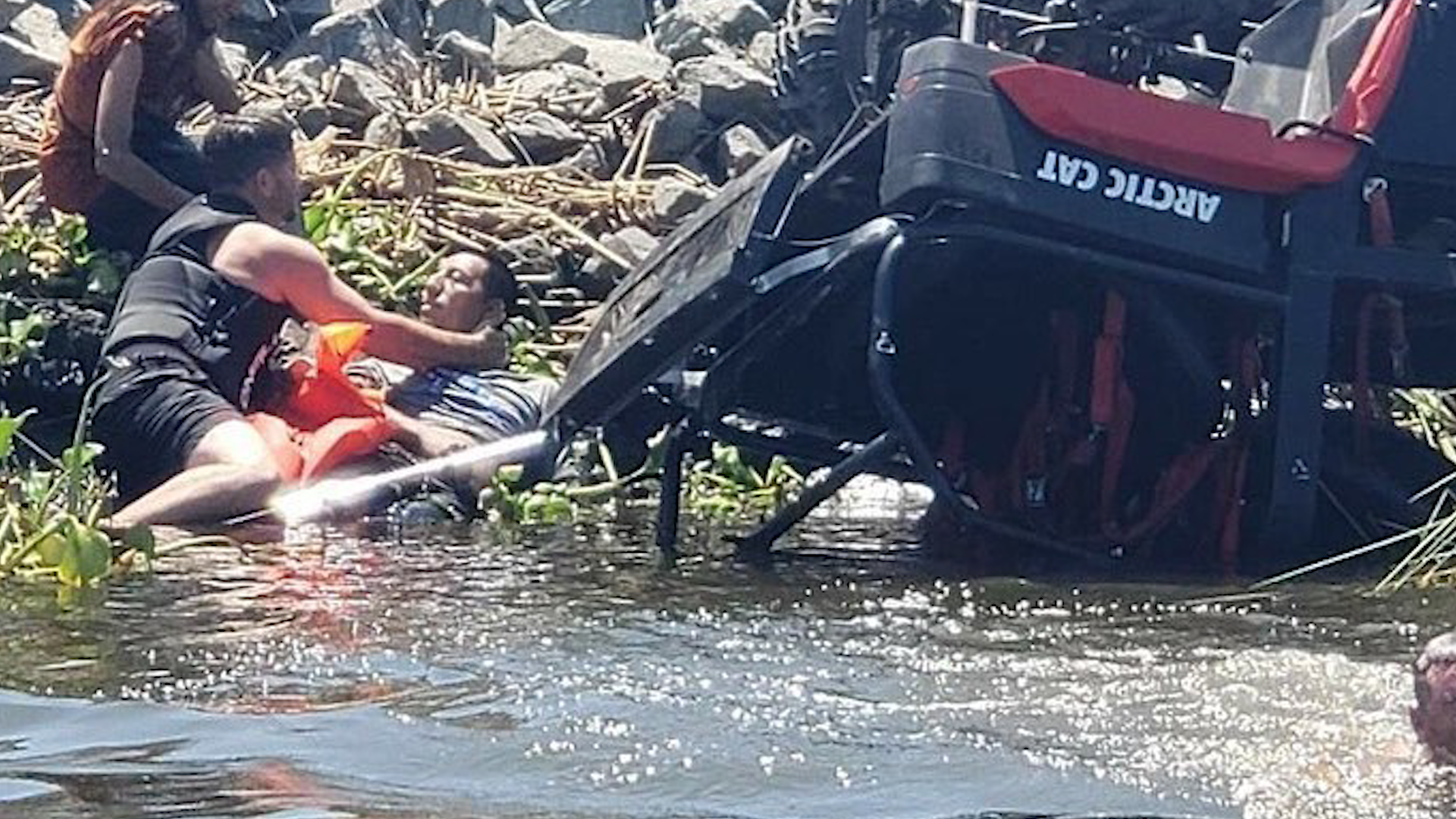 STOCKTON, Calif. — Two men were boating on the Delta on Sunday when they saw a cloud of dust on the bank of the river.

Jason Buffalow and Stanislaus County Sheriff's Deputy McCarthy were boating on the river with family when Buffalow heard his son scream after seeing something on the bank, according to Stockton California Highway Patrol. Buffalow looked in that direction and saw an overturned ATV in the water, there after having driven over the river bank and into the water.

He turned his boat to go next to the ATV and he noticed three people inside, a man, woman and 12-year-old girl. Buffalow pulled the woman and girl to safety while Deputy McCarthy took the man to passenger to the river bank.

"A quick assessment of the male passenger revealed that he had severe injuries to his right arm and leg that could be life threatening if quick action wasn’t taken," CHP said.

Creating what CHP called "makeshift tourniquets" out of life vests and PVC pipe, Deputy McCarthy was able help the man, something that likely saved his life according to CHP.