Anna Tubbs said she hopes writing about the mothers of civil rights leaders will inspire people to make the world better. 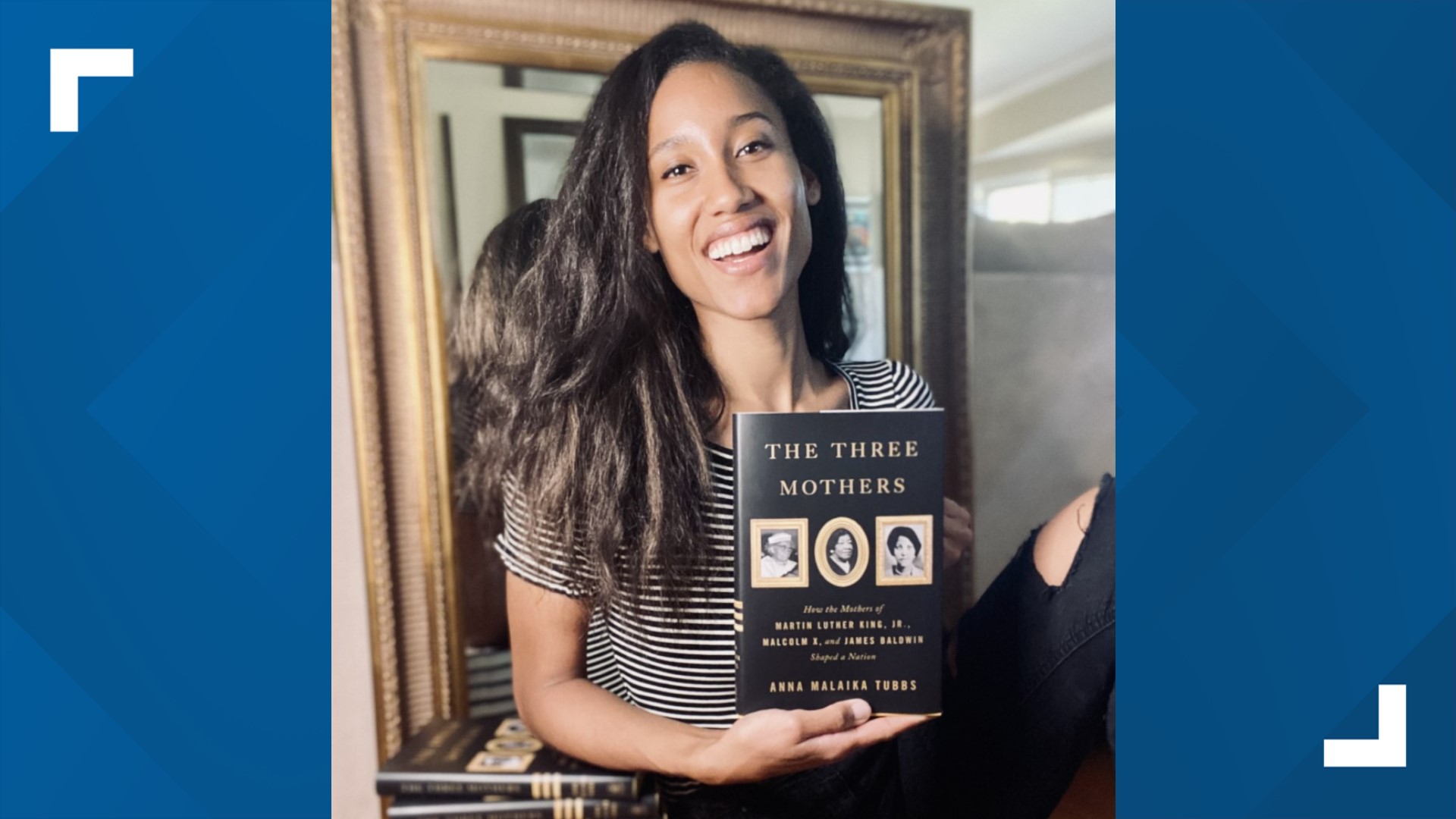 STOCKTON, Calif. — Anna Malaika Tubbs, the former first partner of Stockton, is the author of "The Three Mothers: How the Mothers of Martin Luther King, Jr., Malcolm X, and James Baldwin Shaped a Nation." It's a trio some call "the mothers of the civil rights movement."

For Tubbs, the goal is uplifting and empowering women worldwide with the stories of these mothers.

“Louise Little, Malcolm X’s mother, was a radical activist," Tubbs said. "Alberta King was raised in a Church that believes that you couldn’t have faith without social justice. Berdis Baldwin was an incredible writer who felt the need to others see the light in the darkness.”

Tubbs believes learning about historical figures will encourage others to reimagine their abilities to make the world better.

"Primarily, I want us to look at movements much more realistically where we don’t just focus on individual heroes but instead we focus on the communities that raised them," Tubbs said.

She said the book helped bring her full circle to her scholarly interests.

"When I first moved here, I was really known as my husband's partner despite the fact that I've always been an academic," Tubbs said. "I've always had my own projects and activism."

It perhaps underscores why this mother and partner to a history-making first Black mayor of Stockton, Michael Tubbs, chose to write a book about the mothers of historical Black leaders.

“There are these direct connections between what their mothers were passionate about," Tubbs said. "Their mother's talents, their mothers, were educated in and what their sons were able to accomplish for all of us.”