Par for the course? For one golf course yes, another, coming to end in Stockton

City plans to keep Swenson Park open, but close Van Buskirk by the end of August. 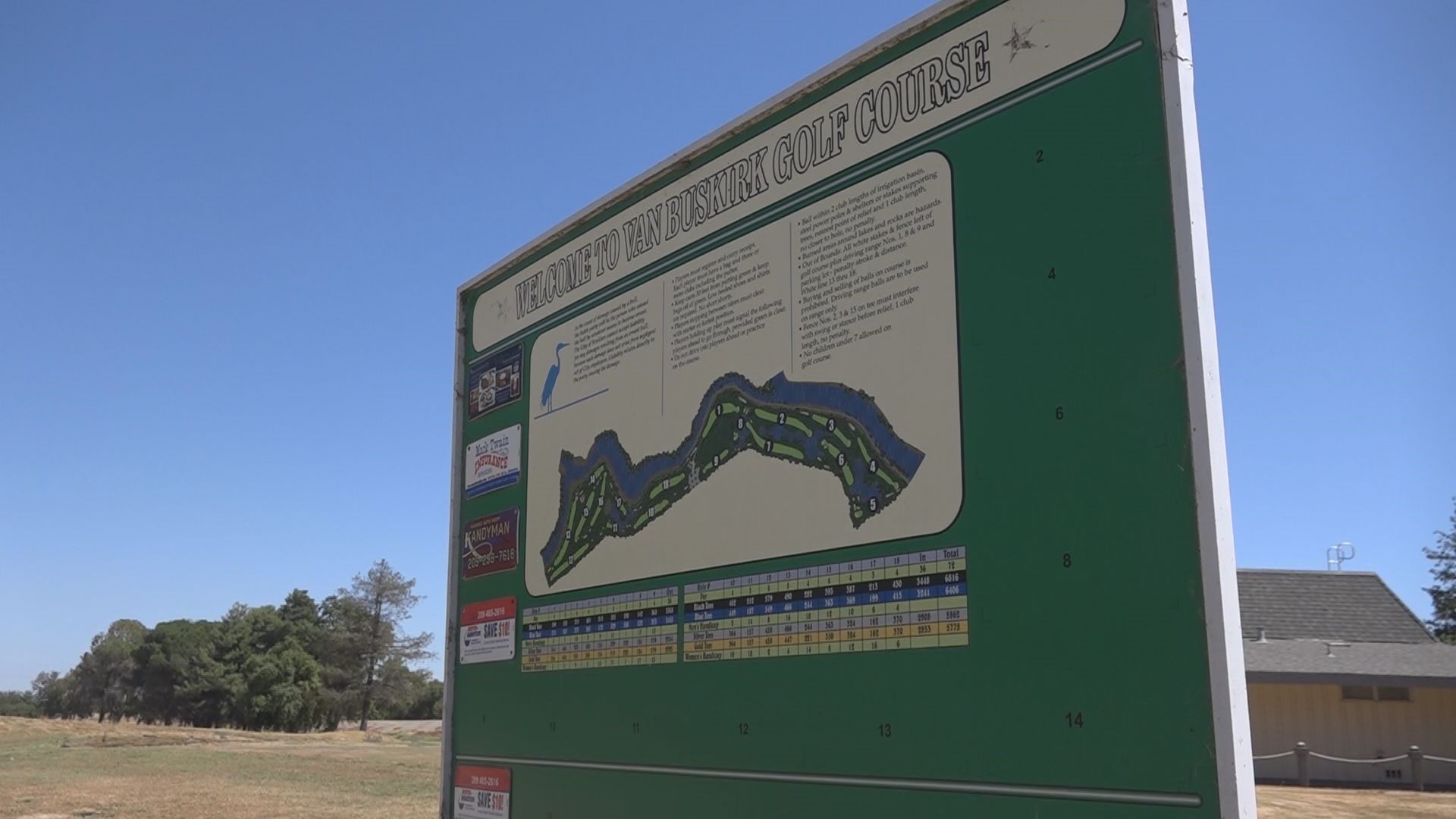 STOCKTON, Calif. — When Pandora Crowder walks along the Van Buskirk Golf Course, she imagines what the 192-acre site can become for her two young kids.

"A lot of our residents would like to have a BMX bike course, a skatepark, walking trails, utilizing the existing ponds," said Crowder.

Crowder lives in the Conway Homes public housing units directly across the street from the city-owned property. She is one of several community members that has taken part in meetings to decide what to do with the property.

"We really build it into an attractive place that brings in residents, an attractive place for bringing residents in from other areas. It's used by families here in Stockton. It becomes an economic development engine," said Stockton City Councilman Jesus Andrade, whose district encompasses Van Buskirk.

Under a draft proposal, golf would end at Van Buskirk on August 31. A contract with Kemper Sports Management would cease as well. Instead of $700,000 annually for the property upkeep, the cost would be reduced to $418,000 or a $282,000 savings.

Still, long-time golfers like Jesse Castellon say ending golf at Van Buskirk is a big mistake by the city.

"Here is a $5 million facility that the city has given up on. It would take about $5 million to replace this," Castellon said.

On the north side of town, it's a much different story. After a large community uproar, Swenson Park Golf Course will remain a golf course. Homeowners in the area feared the golf course might become public housing, but Mayor Michael Tubbs says that won't happen.

"Now, next Tuesday we have a proposal that's a win-win-win for the community. Number one, 'Save Swenson,' 'Save Swenson,' was the cry and now Swenson is saved," said Tubbs.

The tentative deal calls for a 15-year lease with Kemper Sports Management, plus a 10-year option. KSM will pay $1 a year to lease it for the first 10 years. Then, KSM will pay 10 percent of the net operating costs or an estimated $82,000.

KSM will also spend $250,000 to replace broken greens by the end of this year.

The city will make a one-time payment of $350,000 from its general fund reserves for cafe and patio improvements, as well as "critical repairs to structures."

"At the top end, the city will save $700,000 in golf subsidies because we will no longer be subsidizing golf. In the short term, we will be saving $282,000 for the next couple of years which we can use for other pressing needs like homelessness and housing," explained Tubbs.

The full city council will vote on the draft proposal at next Tuesday's Stockton City Council meeting.