The men who in the Ready to Work program receive help obtaining full-time work, which allows them to save money while they are living in the shelter. 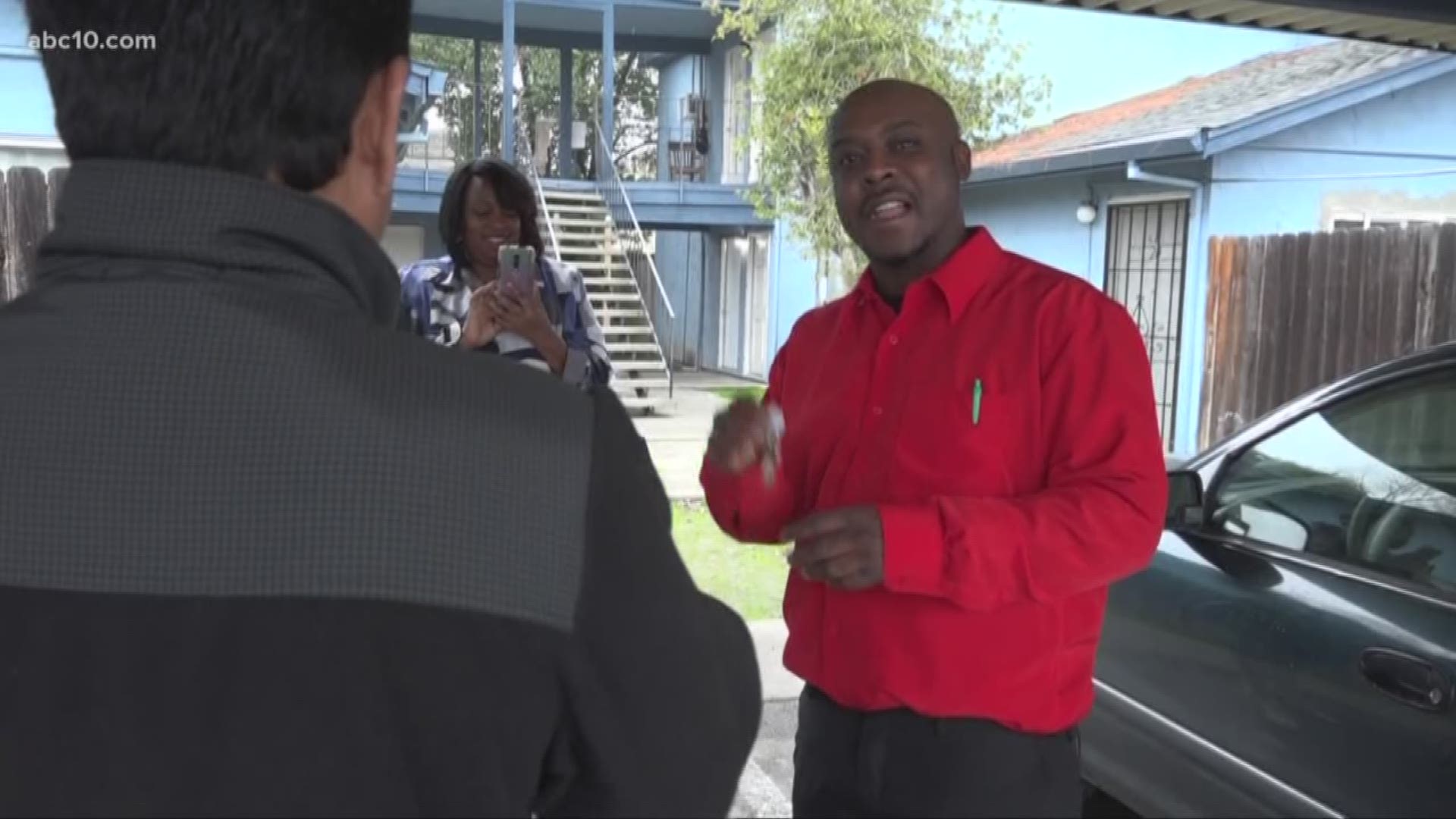 SAN JOAQUIN COUNTY, Calif. — Curtis Shelton finally received the keys to his new one-bedroom apartment in north Stockton on Friday after graduating from Ready to Work, a San Joaquin County program designed to help homeless and formerly incarcerated men get jobs and housing.

It has been a long road for Shelton to get to this point in his life. The 37-year-old spent three years homeless, had no job, three young kids to support and served a three-month jail sentence on a felony domestic violence charge.

He also lost his 64-year-old mother a short time after his release.

"While I was incarcerated, I was at my lowest point," Shelton said. "I didn't think I would be here right now."

It was March of last year when Shelton heard about the Ready to Work program from a fellow inmate. Ten months later, and Shelton is now a graduate.

Ready to Work, a private-public, non-profit partnership, takes up to 45 homeless or previously incarcerated men and houses them in former barracks used on the San Joaquin County Jail grounds.

Rosa Semien, a lead case manager at Ready to Work, said the men must complete 40 hours of volunteer work — like community clean-ups along county roadways — along with 60 hours of self-help classes in order to receive a "Graduation Grant."

People like Semien help the men obtain full-time work allowing them to save money while they are living in the shelter.

"Then you start looking for a place," Semien said. "We help you find a place. You get a place. RTW writes a check."

Jon Mendelson, the Executive Director of Ready to Work, explained that 13 private individuals have made four-year commitments to fund Ready to Work at $25,000 a year. Add that to the local, state and federal government grant money the program receives, and its able to help several men in the county.

Mendelson said he wants Ready to Work to one day add an all-women’s program.

For now, the program must deal with the people on its waiting list — people aiming for the chance Shelton received.

Shelton is one of about 10 recent graduates of the program now on their own. He now has a job as a short haul truck driver and is even engaged to get married.

His advice for others? Don't give up.

"I mean, you might get denied when you first come,” Shelton said. “There might not be no room. Just keep on applying."