Recruiting enough houses of worship took almost two years, but the the coalition is ready to start making a difference in the community and help homeless families. 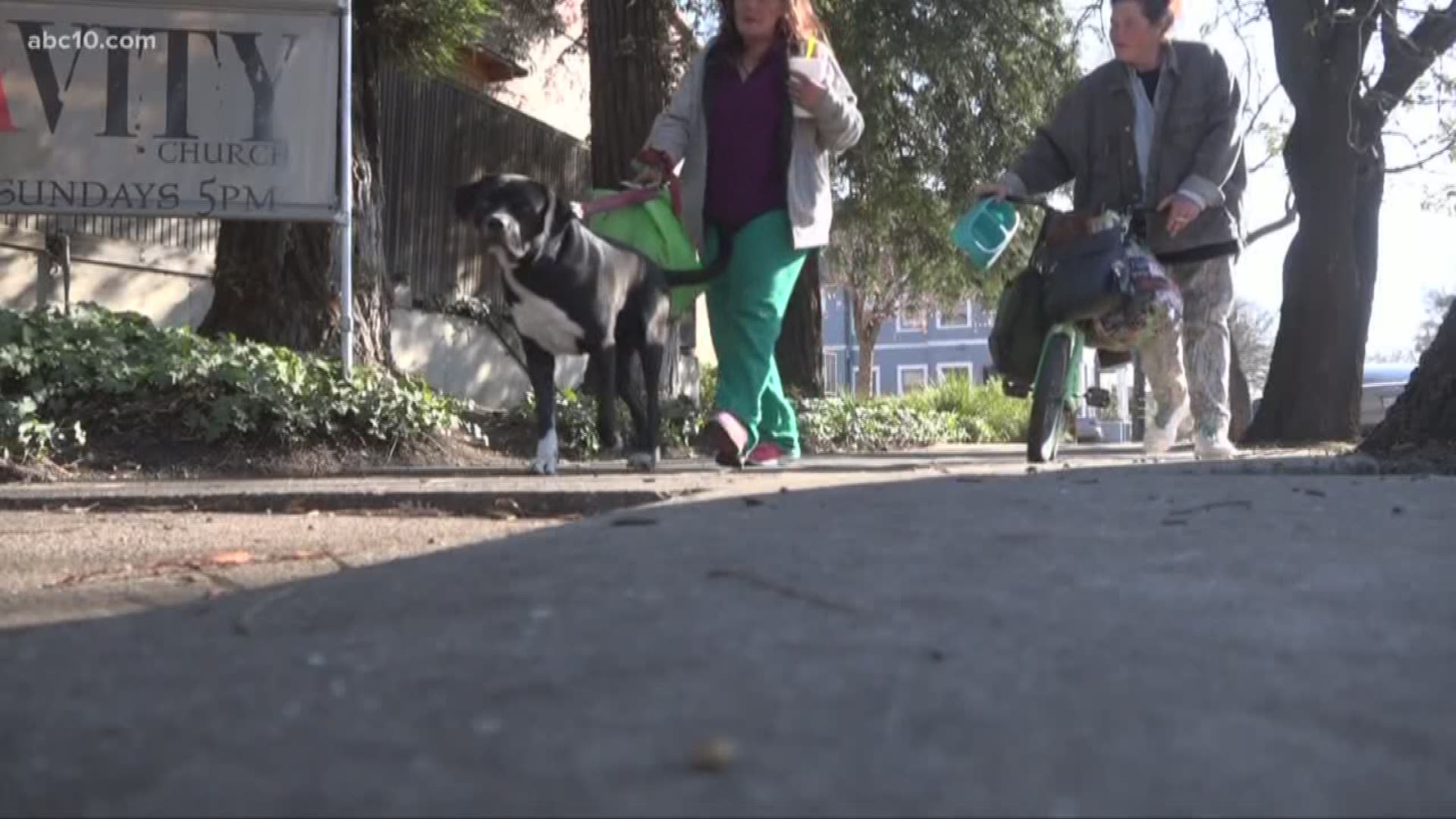 SAN JOAQUIN COUNTY, Calif. — As Stockton and communities across California combat a homelessness crisis, some relief is on the way for homeless families.

A new group called Family Promise of San Joaquin County has brought together dozens of churches and other houses of worship throughout the county to help homeless families. About 12 of them have signed on as host congregations that will open their doors to families, giving them a place to rest their heads while the others houses of worship play a supporting role.

How the program works is a family stays at a church for one week before moving onto the next. Each house of worship commits to hosting families for up to four weeks throughout the year. At the church, families will have a place to do laundry, take a shower, and enjoy a hot meal. And during the night, there will be two congregation members staying with them overnight.

In the daytime, kids get shuttled to school, and the other family members head to the Family Promise center where they try to find a job, housing, or some other way to get their footing.

The other houses of worship play a supporting role, either logistically or even by providing some extra people to watch over the families at night.

Many people and churches have tried their own hand in addressing homelessness in their community, but some struggled to make progress on the overwhelming issue, according to Gloria Smith, spokesperson for Family Promise of San Joaquin County.

“Now, we’re adding up all those little bits, and we’re putting it together... it will make a difference,” Smith said.

1. It's new to San Joaquin County, not Modesto and Sacramento.

Family Promise has been going strong in both Modesto and Sacramento since 2005. It took Modesto about three years to get started with eight congregations, and, over the years, their work has helped more than 200 families in the Central Valley overcome homelessness.

Family Promise of San Joaquin County intend to start their first year in 2020, with a target date of June. However, an exact date has not yet been determined.

2. Why Families Only Stay for One Week at a Time

The goal of family promise is to get these families back on stable footing, and Smith says letting families stay at a house of worship is only a temporary solution on the way to a long-term one.

Smith says the model has yielded success nationwide and that families average around nine weeks in the program.

According to the FamilyPromise.org, the method has an 88% success rate of finding housing for families involved in the program. Locally, Modesto's program says more than 80% of the families they've served have found permanent housing.

3.The Homeless Families Being Helped Are in Need of a 'Safety Net'

Generally speaking, the families that get selected for the program are usually people who lack a safety net. Smith says this can include someone who lost a job and didn't have the resources to stay in their home.

“We recognize that not knowing where you and your children are going to sleep every day creates a problem in obtaining and retaining jobs,” Smith said.

The program looks for people who are employable or employed, but lack a safety net. It can give them a reliable place to be while they try moving forward.

“To go from homeless, couch surfing, [and] staying in motels to having a place you can call your own in nine weeks... for those people who are in that situation, it is phenomenal,” Smith said.

4. It's giving small churches a big way of helping

While the program takes help from any house of worship, some small churches jumped at the chance to join the new program.

For churches like Zion Lutheran, who have seen the numbers in their congregation dwindle over the years, it's a chance to find an identity and new way to help the homeless in their community.

“Back in our prime, we had hundreds of members,” Burke Wallace, a member of Zion Lutheran Church, told ABC10. “There are many churches like us… that have buildings they no longer need. We have five to six classrooms that we are able to make safe and secure for these families.”

Wallace said it's something that a small church of 60 congregants wouldn't be able to pull off on their own, but, as part of a larger collective, they're able to help these families.

For more information on how to help the new non-profit or how to donate, visit their website.