The transit district is thinking of shutting down seven routes frequently used by low-income residents trying to connect to different cities in the valley. 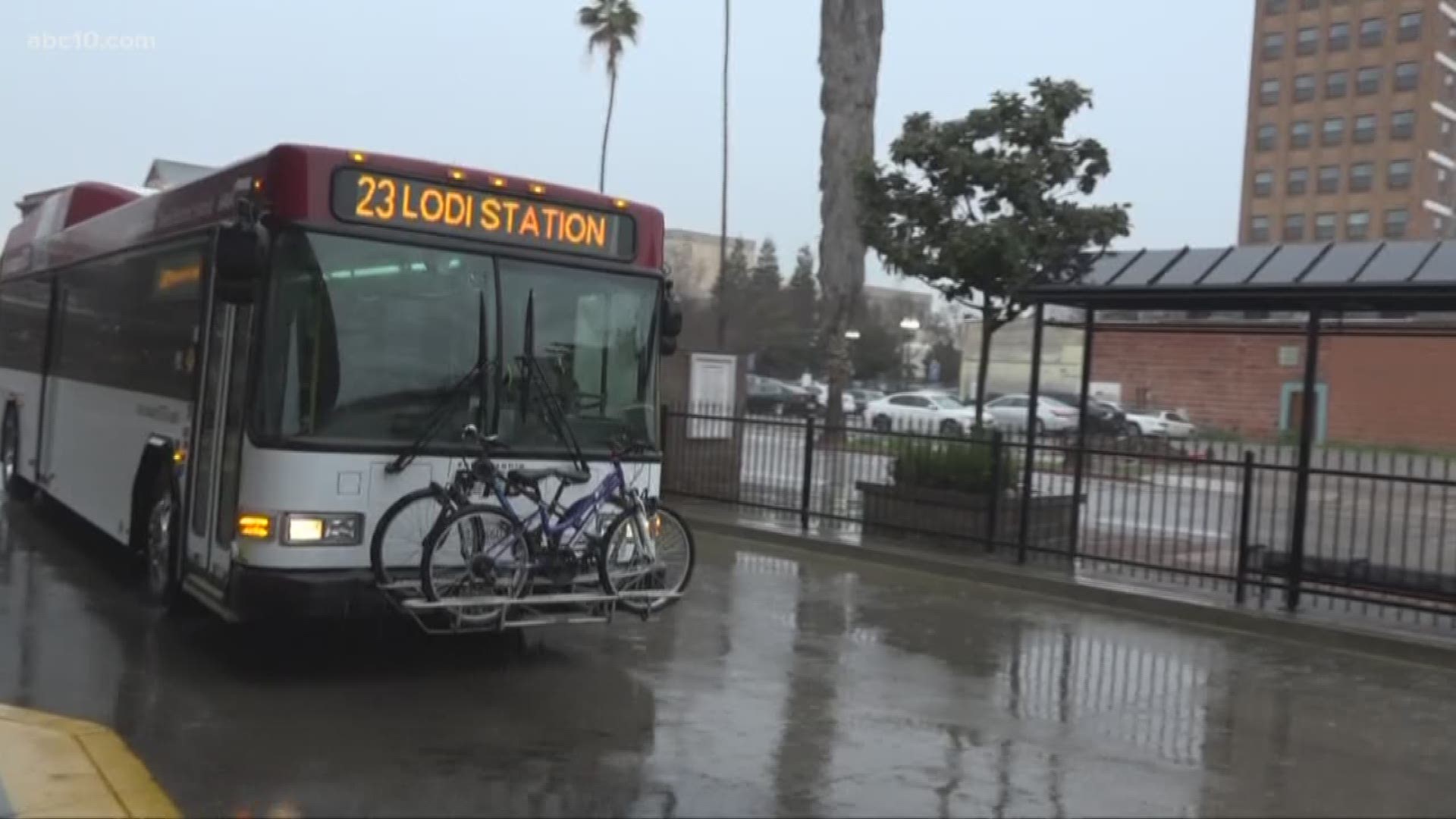 STOCKTON, Calif. — Kate Richards isn't thrilled to be waiting for a bus in the rain. Waiting for her bus at the Stockton Downtown Transit Center on East Weber Street on Thursday was not good for timing.

But for the 28-year-old hair stylist and mother of two from Lodi, no car means taking a round trip on Route 23 to Stockton at least five times a week.

Richards is enrolled in college classes and is in her second semester at San Joaquin Delta College. She said she is working to become a psychologist to help people with mental illness navigate the court system.

"It's always been a dream of mine to get a degree," Richards said.

However, she said a proposal by the San Joaquin Regional Transit District would make that dream more difficult to achieve. Richard's route to Lodi is just one of seven that could be impacted by RTD'S proposal.

The RTD is recommending to end the intercity service by the end of the fiscal year on June 30th.

The RTD is also considering a proposal to discontinue the Hopper Route 99 between Mountain House and Tracy effective January 26th, 2020.

The public hearing for that proposal is Jan. 17 at 10 a.m. at the RTD Downtown Transit Center at 421 E. Weber Street in Stockton.

So why the transit district thinking of shutting down seven routes frequently used by low income residents trying to connect to different cities in the valley?

A recent staff report said the district has continued to lose funding, which recently hit levels not seen since the recession.

"RTD has experienced a decade of critical funding shortfalls and an annual operating budget that has just recently returned to its level of funding in 2008," the report read.

Because of the lack of funding, the report states intercity routes are “fit the criteria for service reductions.

"Perhaps there's another funding source we can secure so these routes aren't eliminated," Foletta-Morales added.

Austin Norris hopes so. The young father of a 4-year-old boy commutes from Tracy to Stockton on bus Route 90 to take parenting classes. The ride is just $3 round trip.

"I'll probably end up failing the classes," said Norris, explaining how the potential closure could affect him. "Only because I don't have that family that's there or that friend that I can call."

And failure is not an option for other riders like Kate Richards.

"I don't know how I would get to school," Richards said.