Stockton Fire Department said crews have gotten the fire under control and will be tending to hotspots. 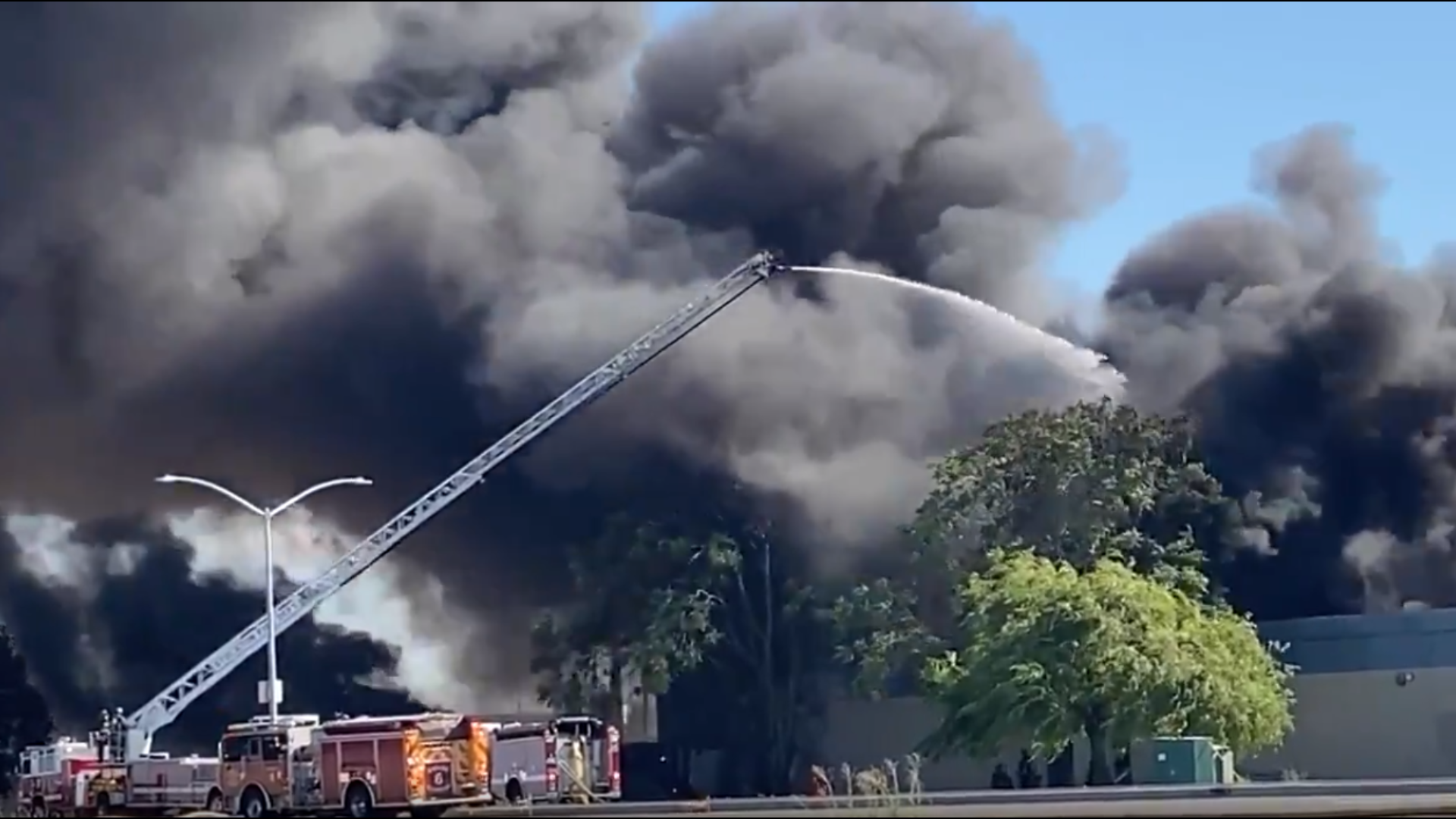 STOCKTON, Calif. — Stockton Fire Department said crews have gotten a handle on a fire that prompted a road closure along South Airport Way.

According to a spokesperson with the fire department, the fire happened at DR3 Mattress Recycling at 4447 South Airport Way. The call came in around 4:33 p.m. as a small trailer fire that then spread to a warehouse. In the span of roughly 20 minutes, crews said the blaze became a 4-alarm fire.

Officials said crews were able to get the flames under control around 6:15 p.m. However, crews will still be on scene tending to hotspots.

Officials said no one was injured during the fire.

Al Khan, a manager at the facility, said he's thankful that no one was injured. The warehouse is closed on weekends, but, some employees stopped by worried that their jobs were lost in the fire. Khan said the company will work to relocate them.

Stockton Fire is battling a fire in the 4400 block of S. Airport Way. Please avoid the area as Airport Way is shut down. pic.twitter.com/COvZOjXzST