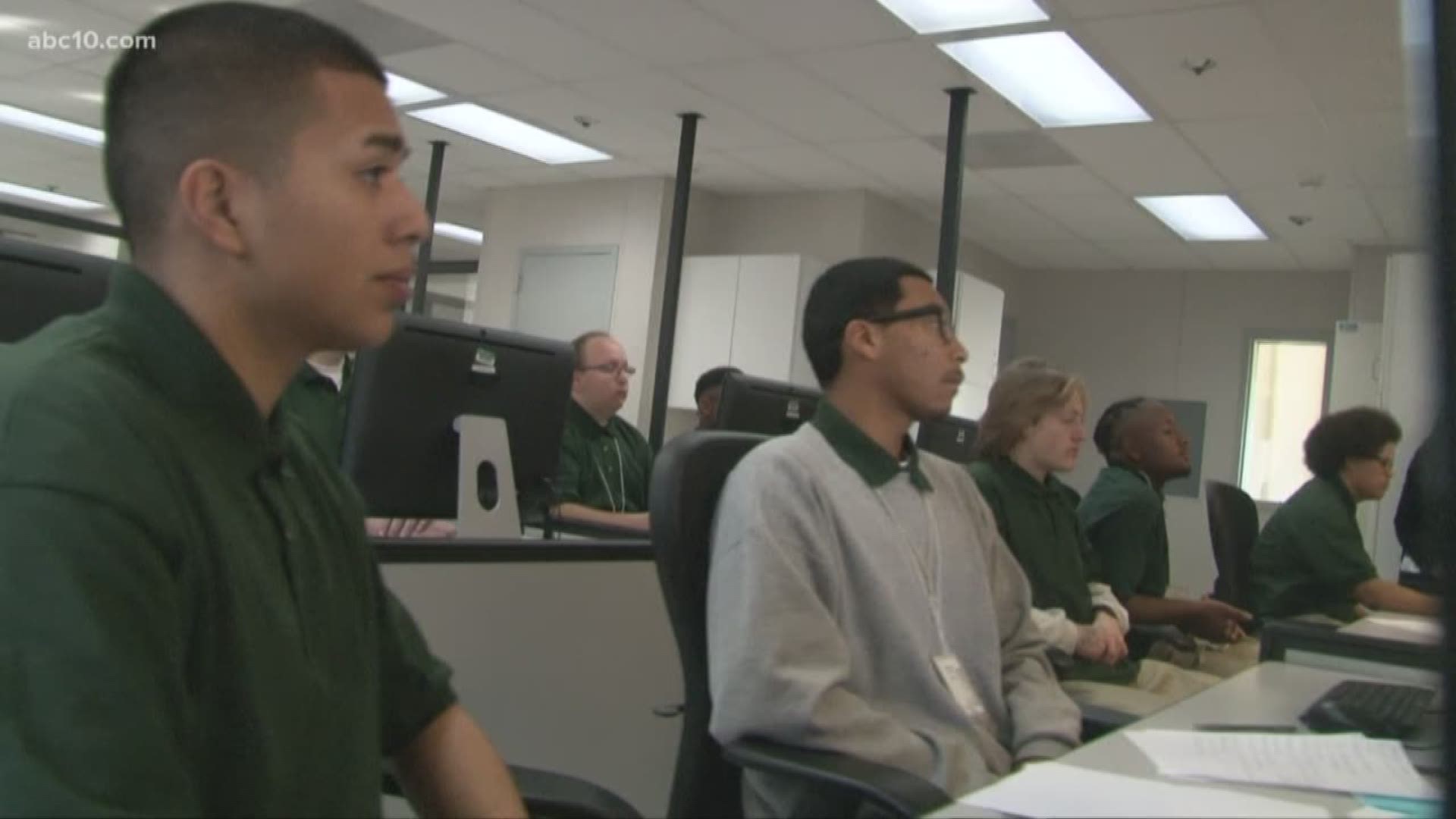 STOCKTON, Calif. — Jackson Chand broke into a home to commit a robbery when he was just 17-years-old.

"In the beginning, I was looking at a lot of time. Even if I were to get released I really didn't have a great opportunity, you know," said Chand.

But Chand, now 21-years-old, and nearly two dozen other young inmates at the O.H. Close Youth Correctional Facility in Stockton have an opportunity. It's thanks to a new program here called Code 7370.

Jason Jones, 35, spent 13 and a half years in the state prison system, including time at San Quentin. He joined a gang when he was just 11. He says he committed assault with a deadly weapon in Visalia, landing him behind bars.

Jones took up the computer coding program in prison. He now is a computer coder for the entertainment website, Fandom.

"It did click with me fairly quick, to the point where people was asking me if I did it on the street," said Jones.

Tech business professionals, such as Google, and volunteers help teach the inmates.

"We believe that mass incarceration is a huge issue in our country. The recidivism rates are, ya know, in California they're close to 60 percent," said Chris Redlitz, Co-Founder of The Last Mile. "So, we really believe that we have the skills and the network to be able to approach this problem and be able to create some solutions for the problem."

"The program works by expanding access to computer science opportunities in prison facilities that are serving young people, women and men across the country," said Maab Ibrahim, Program Manager for Google.org.

The Last Mile program is also in Kansas and Indiana. It will soon expand into Oklahoma.

Stockton is the fifth correctional institution in the state to teach the computer coding skills. Gov. Gavin Newsom was also on hand for Tuesday's grand opening of the Stockton program.

As part of his state budget recommendation this month, Newsom announced plans to end the juvenile justice system and move the state's remaining juvenile justice facilities to the Health and Human Services Agency. He praised the coding program as a means for young inmates to become a viable part of society when they get out.

"If we are going to get serious about changing the trajectory of the lives of these young children, I think we need to do it through a different lens and not the traditional corrections lens," said Newsom.

WATCH MORE: Who is Kamala Harris?