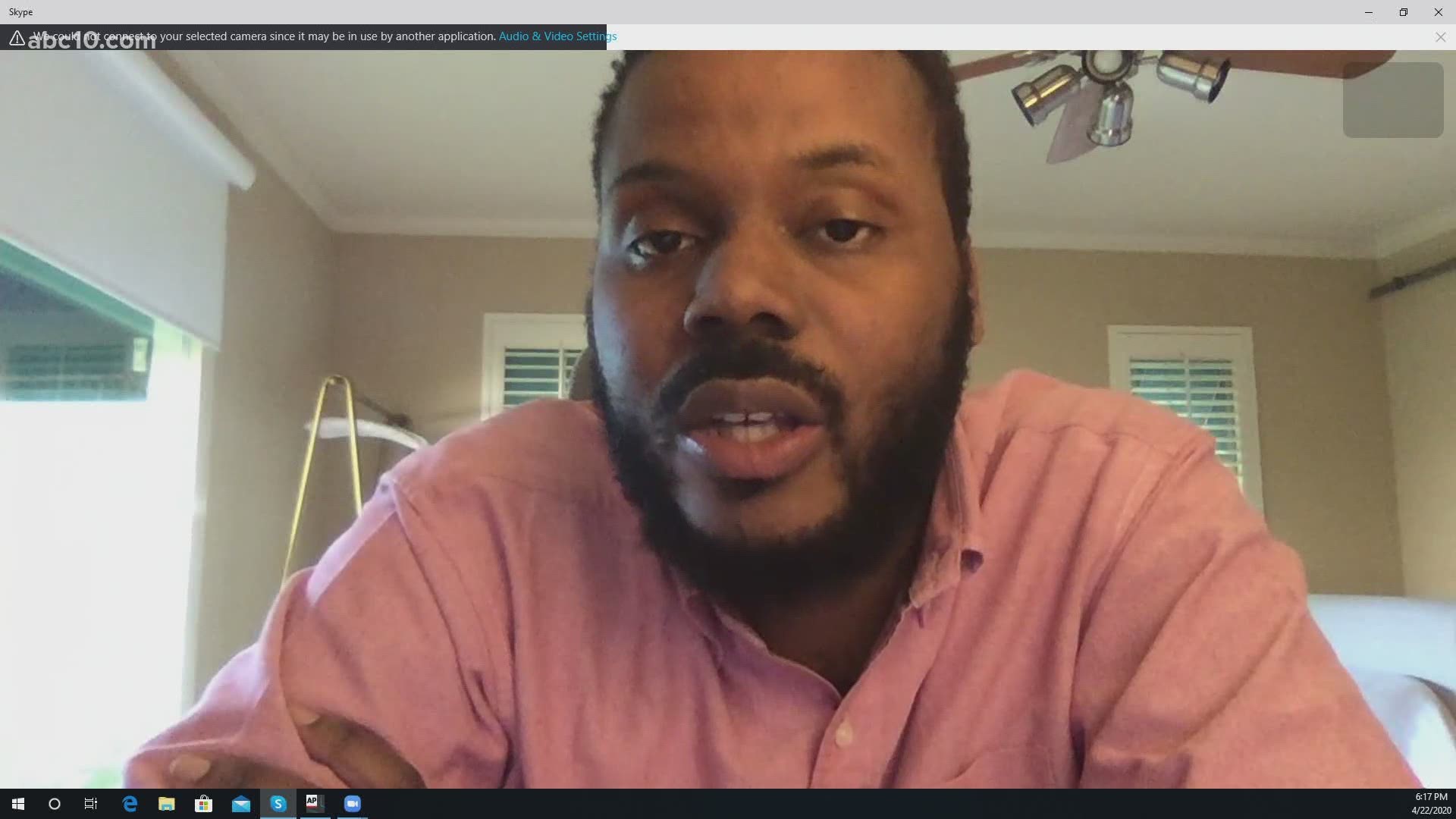 STOCKTON, Calif. — While people across the country grappling with the coronavirus look to the future to learn what comes next, Stockton native Ron Isetti is looking to the past.

Isetti is an authority on Stockton history, penning a 600-page book that highlights the biggest voices in the city along with the forgotten ones.

"Competing Voices: A Critical History of Stockton, California" has a portion dedicated to the period between 1918 and 1920, a time when Stockton was scrambling to deal with a deadly flu pandemic. As Stockton deals with another deadly pandemic nearly 100 years later, he's delving back into the history books to see what our past can tell us about our future.

From masks and physical distancing to the hospital concerns, Isetti said he hopes illuminating the parallels between this time gap will help his hometown on its way forward.

"I think that people would really benefit from seeing what we’re going through now is almost exactly what our ancestors went through," Isetti said.

He said when Stockton's hospitals got crowded in 1918, their Japanese population built their own hospital out of concerns that they weren’t getting proper treatment.

That building is the Nippon Hospital, the last building in Stockton that reaches back to the early 1900s. It served their Japanese community for years until it fell on hard times and became a hotel around 1930.

"What does that tell us? We damn well better not repeat what we did back then, which is not to enforce social distancing and quarantining," said Isetti.

Credit: Ron Isetti
Ron Isetti is a Stockton historian who is revising his book to better illustrate what Stockton is going through now compared with the 1918 pandemic.

The Stockton native has always carried an interest for history, which ultimately led him to a doctorate in the subject from UC Berkeley. Despite his passion for the subject and for his hometown, it wasn’t until he was gifted a pictorial book on the city’s history that he had the idea to put Stockton’s history to paper.

"Stockton is a very underrated city. Too many people bad mouth Stockton; part of the reason is that they don’t know its incredibly rich history," Isetti said.

He says part of that history was key to the United States and its allies securing a win in World War I. Benjamin Holt, a local inventor, created a new kind of tractor for the peat soil on the islands surround Stockton.

"He invented a tractor with a revolving tread, and a British army officer put an armored car on top of it and the two of them invented the tank," Isetti said.

His take on history for the book is "from the bottom up," capturing the voices of Native American, Chinese, Japanese, Filipino, and Mexican Stocktonians as well as the dominant white culture.

As the coronavirus changes life for many, his curiosity has him returning to revise and augment his book.

"Why would I be more invested in the 1918 pandemic now? Because I'm confined to my house and just came back from Urgent Care in my mask," said Isetti. "That makes me say to myself, 'wow, I want to look back and see what happened then to see whether there are any lessons for now.' And there are plenty of lessons."