After day of peaceful demonstration, Stockton police chief says protesters 'got their message out'

There were also other groups, Jones said, "in a different part of town that we believe they're absolute intent was just to vandalize, create destruction, loot." 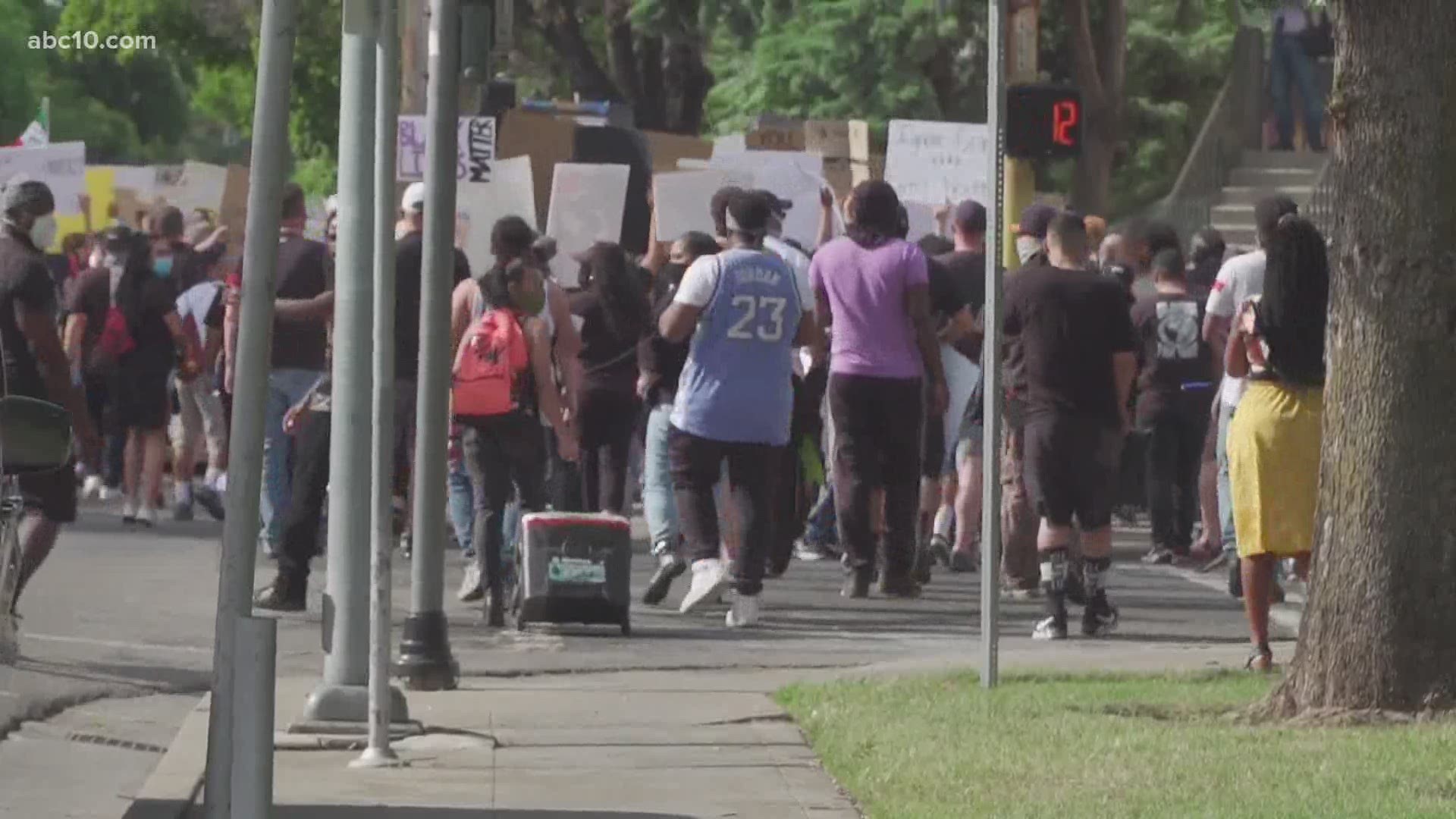 STOCKTON, Calif. — Stockton Police Chief Eric Jones commended several hundred protesters who marched throughout the city in honor of George Floyd, the Minnesota man killed by police, but called out a handful of others who had a different "intent."

"The demonstration that was downtown at MLK Plaza was peaceful, they got their message out," Jones said. "And they have a very important message ,and they were able to deliver that message without any criminal behavior or vandalism."

The protesters called for police reform in the wake of the Minneapolis Police killing of George Floyd.

But there were also other groups, Jones said, "in a different part of town that we believe they're absolute intent was just to vandalize, create destruction, loot."

Both the Weberstown and Sherwood malls were hit by several vandals who then broke into stores inside Sunday afternoon.

Police arrested four kids ages 10, 12, 12 and 16 for breaking into the Home Goods store at Sherwood. Earlier in the day, a group of 12 kids broke a window and got into the Weberstown Mall and vandalized three stores.

Police say it's unknown what was taken.

Then, just after 9 p.m. last night, three teens ages 17, 16, 16 were arrested at the Walmart store on Trinity Parkway in North Stockton.

"That surprised me by the age. We saw a lot of young adults who were youth that were involved in the mall or some of the other locations where they were trying to get in and vandalize," said Jones.

Jones says he plans on meeting with community groups throughout the week and have as many resources available as possible anticipating more protests.

"We have quite a few police officers who will be working, because we want to be able to respond quickly to be able to protect buildings and persons," Jones said. "And so we have an almost all hands on deck. A lot of our officers are deployed or at least at the ready and ready to respond."