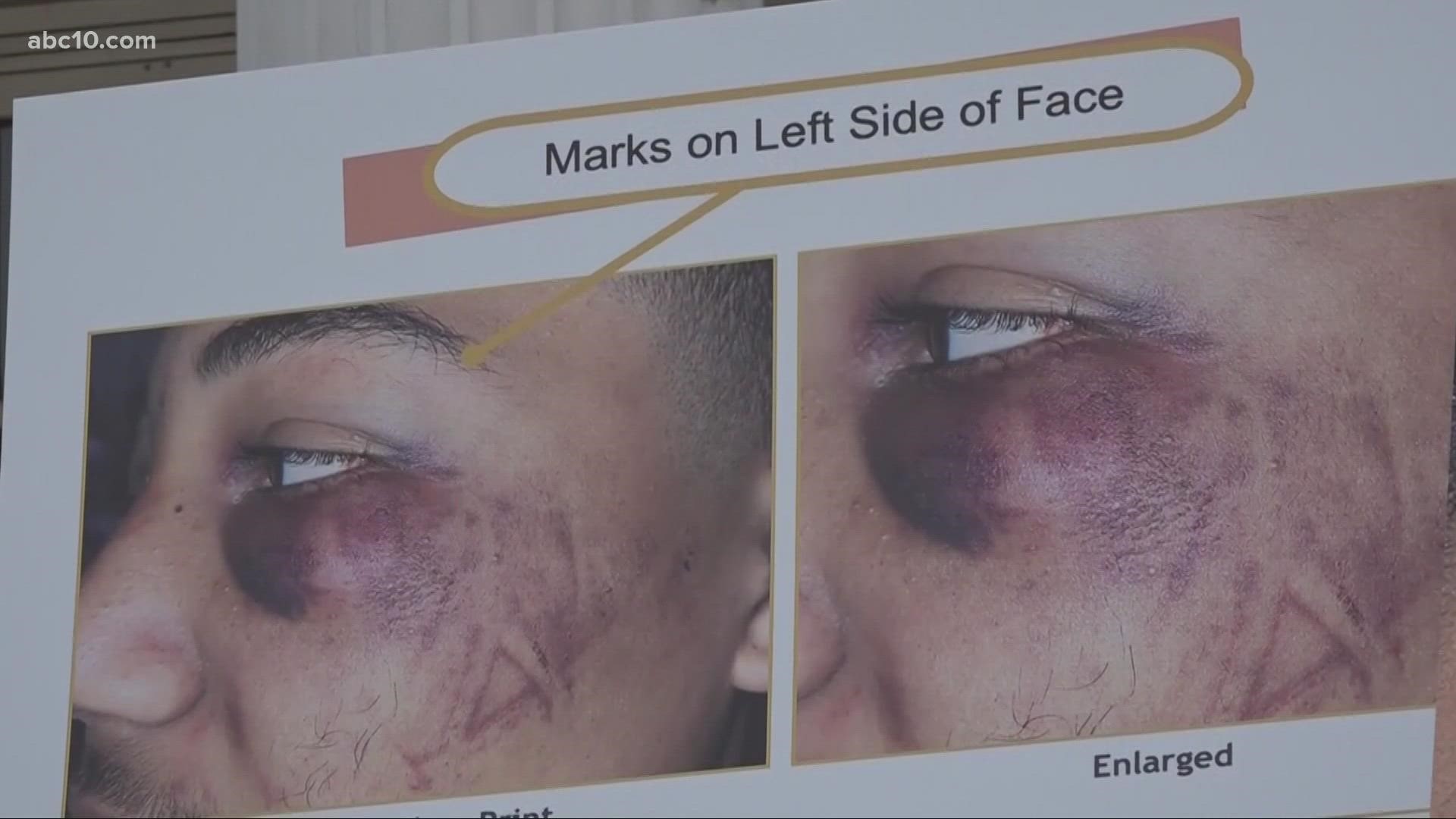 STOCKTON, Calif. — Two former Stockton Police officers, fired for excessive force against a Black 17-year-old during a traffic stop, have now been charged with two felony counts each.

The San Joaquin County Grand Jury indicted former officers Michael Stiles and Omar Villapudua on charges of assault by a public officer and assault with force likely to cause great bodily injury.

Stiles and Villapudua are accused of assaulting Devin Carter during an arrest in December 2020.

"Those who violate their oath to protect and serve discredit the good work that law enforcement tries to do every day," San Joaquin County District Attorney Tori Verber Salazar said. "This Grand Jury reminds us, this indictment reminds all of us that when police use unlawful force, they undermine community trust."

Although four officers were involved during the arrest, the Grand Jury indicted just the two. John Burris, who represents the Carter family, said the indictment alone should send a message.

"District Attorney Tori Verber Salazar is to be commended for criminally prosecuting this Stockton police who brutally beat Devin Carter, a helpless teenager," Burris said in a written statement. "This prosecution, regardless of the outcome, should send a clear message that in this county, there will be a severe price to pay for officers who use their badges to commit horrific crimes." 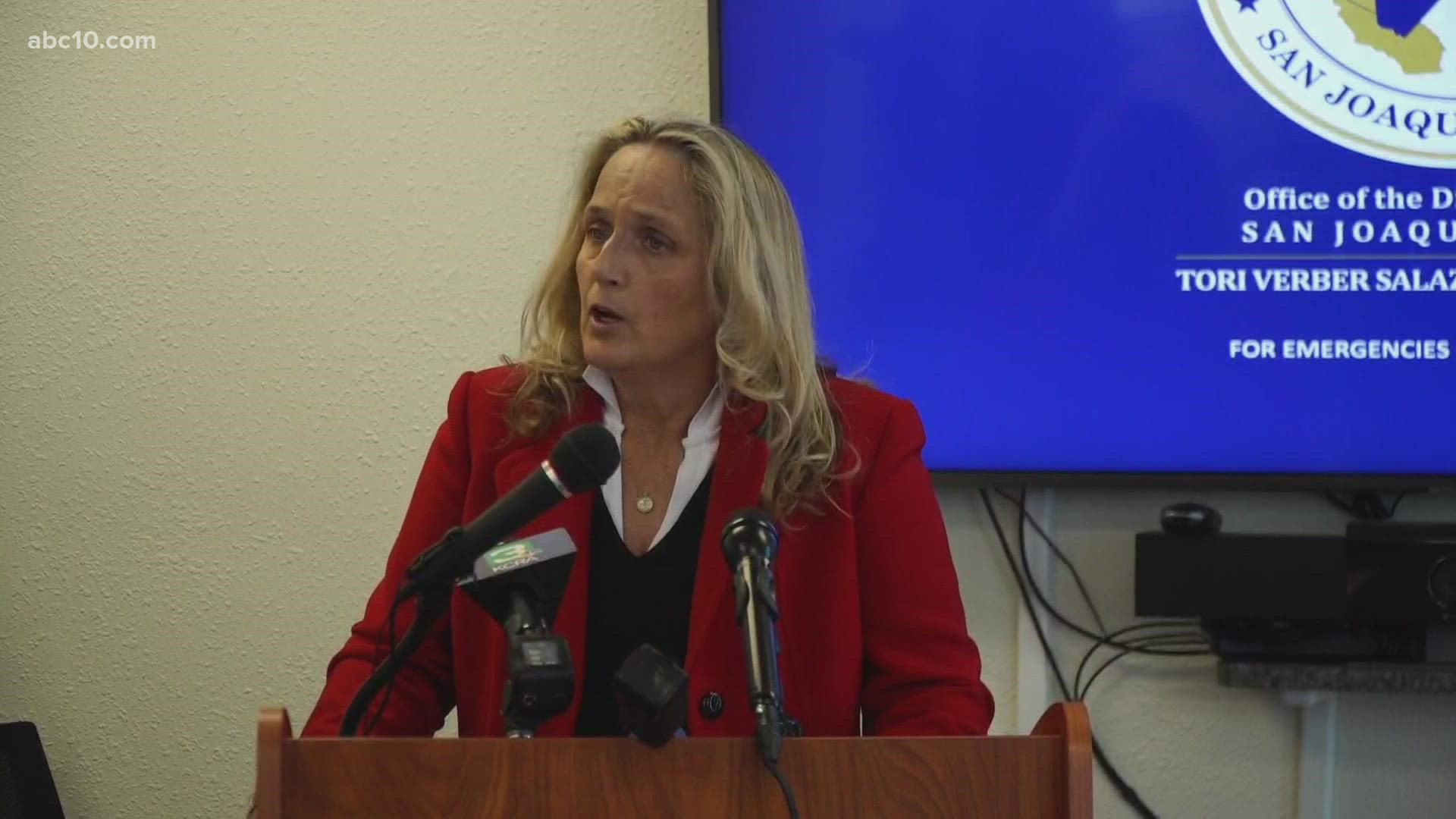 Following the announcement from Salazar, Devin Carter's family and attorney stood outside the courthouse and called this a good step.

"This is the start of something that we’ve been asking for, for police officers to be prosecuted," George Carter, Devin Carter's father, said. "It’s just the start of a new beginning. And the city of Stockton has taken a step toward making things right."

Stiles and Villapudua were two of the four officers involved in the chase and arrest of Carter on Dec. 30, 2020.

Carter, who was 17 at the time, was driving on Eight Mile Road at Davis Road in North Stockton when he was pulled over by Stockton police for speeding. Police said Carter was driving "erratically and speeding in excess of 100 miles per hour."

Carter led officers on a brief chase, with one officer colliding with a bystander’s car, before being stopped with the assistance of a PIT maneuver. After being stopped, investigators said that four pursuing officers “used force during the arrest.”

The attorney for Carter released police bodycam video of the arrest after Stockton police refused to while saying Devin Carter was underage at the time.

The video is too dark to make out many details, but Devin Carter could be heard in the video, screaming, "I'm not resisting," as police officers shouted and cursed at him to give them his hands to be handcuffed.

"When I was getting beat the way I was, all that was going through my mind was all of this black lives matter and George Floyd, and there’s a possibility I could die,” Devin Carter said back in April.

Carter's attorney, John Burris, said he never saw a police officer beating as outrageous since he defended his former client Rodney King, who the Los Angeles Police Department beat in 1991.

“These vicious cops acted like a pack of wolves, and Devin was their evening meal," Burris said.

George Carter, Devin Carter's father, told ABC10 their family has nightmares because of the incident, which left a footprint bruised into his son's face.

"No Parent should hear their child screaming, yelling, crying about their not resisting arrest while the officers have their script saying, stop resisting while we're punching you," George Carter said at the time.

The family has filed a federal lawsuit against the four officers involved, along with the City of Stockton.

The other two officers involved in the incident were allowed to return to work in March after three months on administrative leave. Stockton Police Chief Eric Jones said they received separate levels of discipline and/or training. 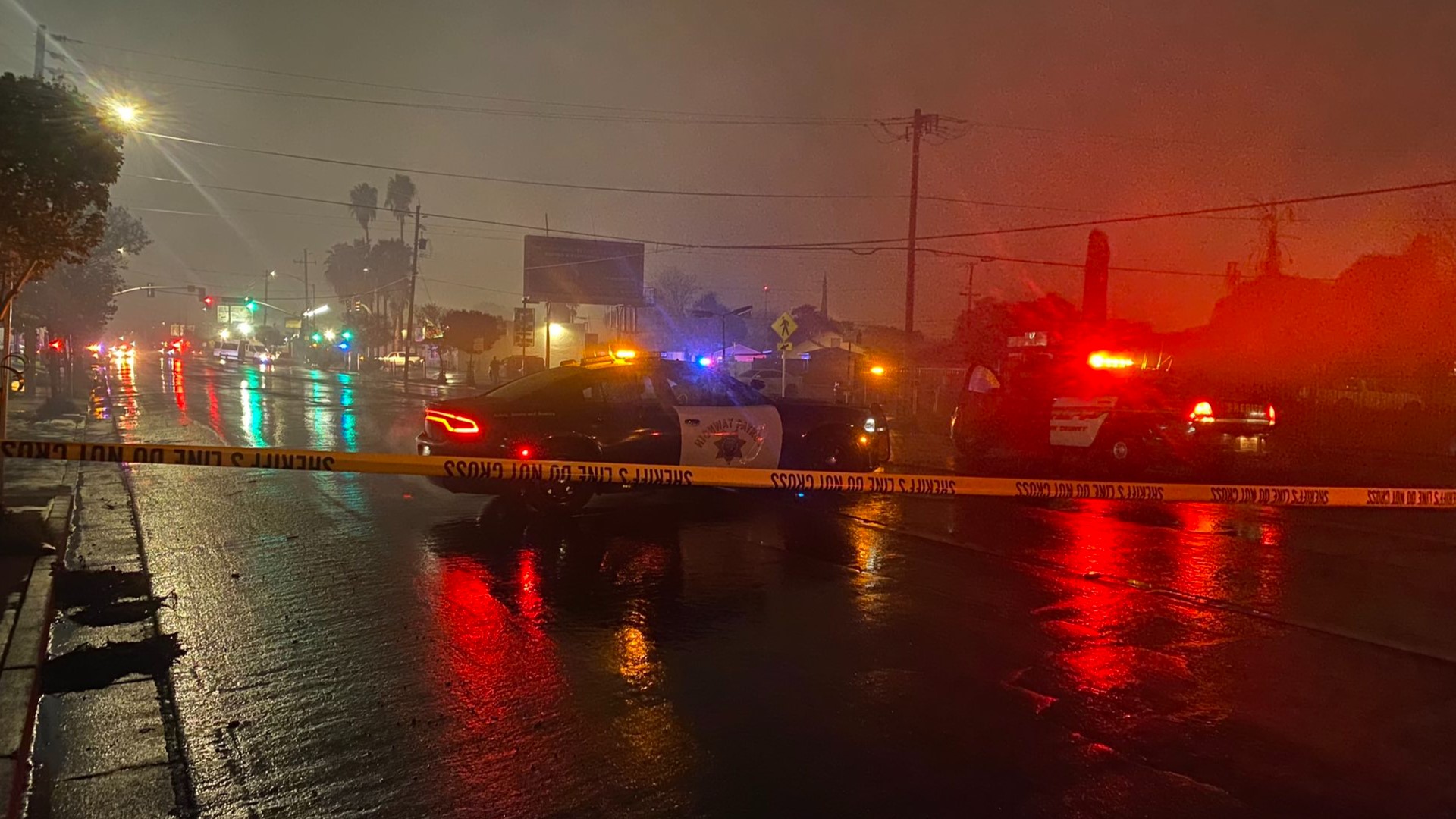 Hours-long standoff in Stockton as man barricades self in car, deputies say