Stockton police released bodycam video of two officers shooting a man on Dec. 14 after he allegedly pointed a gun at them. 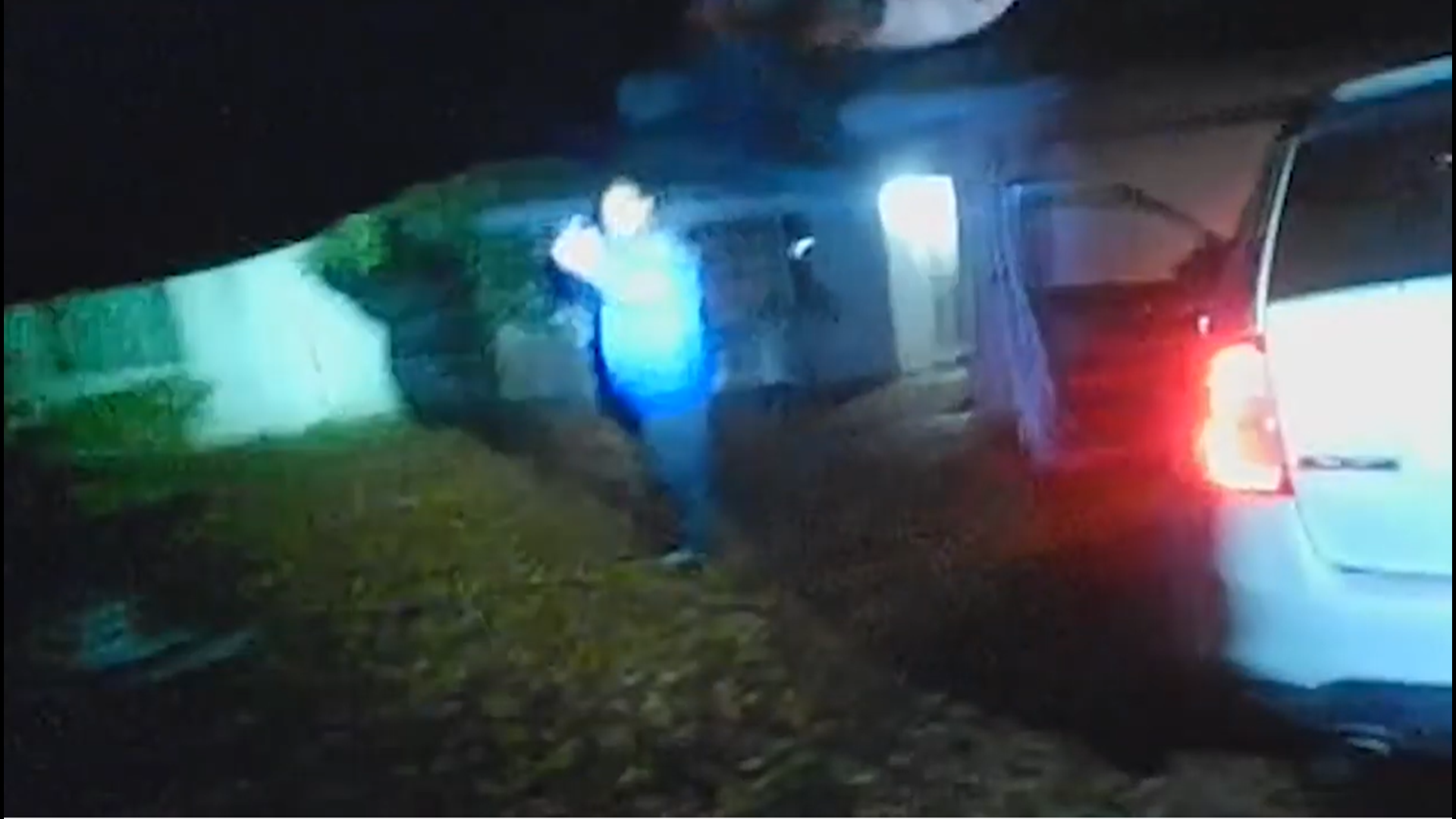 STOCKTON, Calif. — Stockton police released a bodycam video of two officers shooting a man who they say pointed a gun at them.

The video shows the perspective of an officer arriving at the scene. One officer is heard saying he "heard a gun rack" before finding a man pointing a gun at them. Officers opened fire on the suspect.

Morgan was taken to the local hospital for his injuries until he was cleared.

According to San Joaquin County Jail records, Morgan remains in custody on four counts of assault on a peace officer with a semi-auto firearm and one count of negligent discharge of a firearm.

WARNING: The following video may be disturbing to some viewers.

WATCH MORE: Mass vaccination sites are opening in California, but not everyone can get vaccinated there yet