After 6 months in the police academy, Stockton police recruits undergo 6 more weeks of more "stressful" situational training to make sure they can succeed on the street. 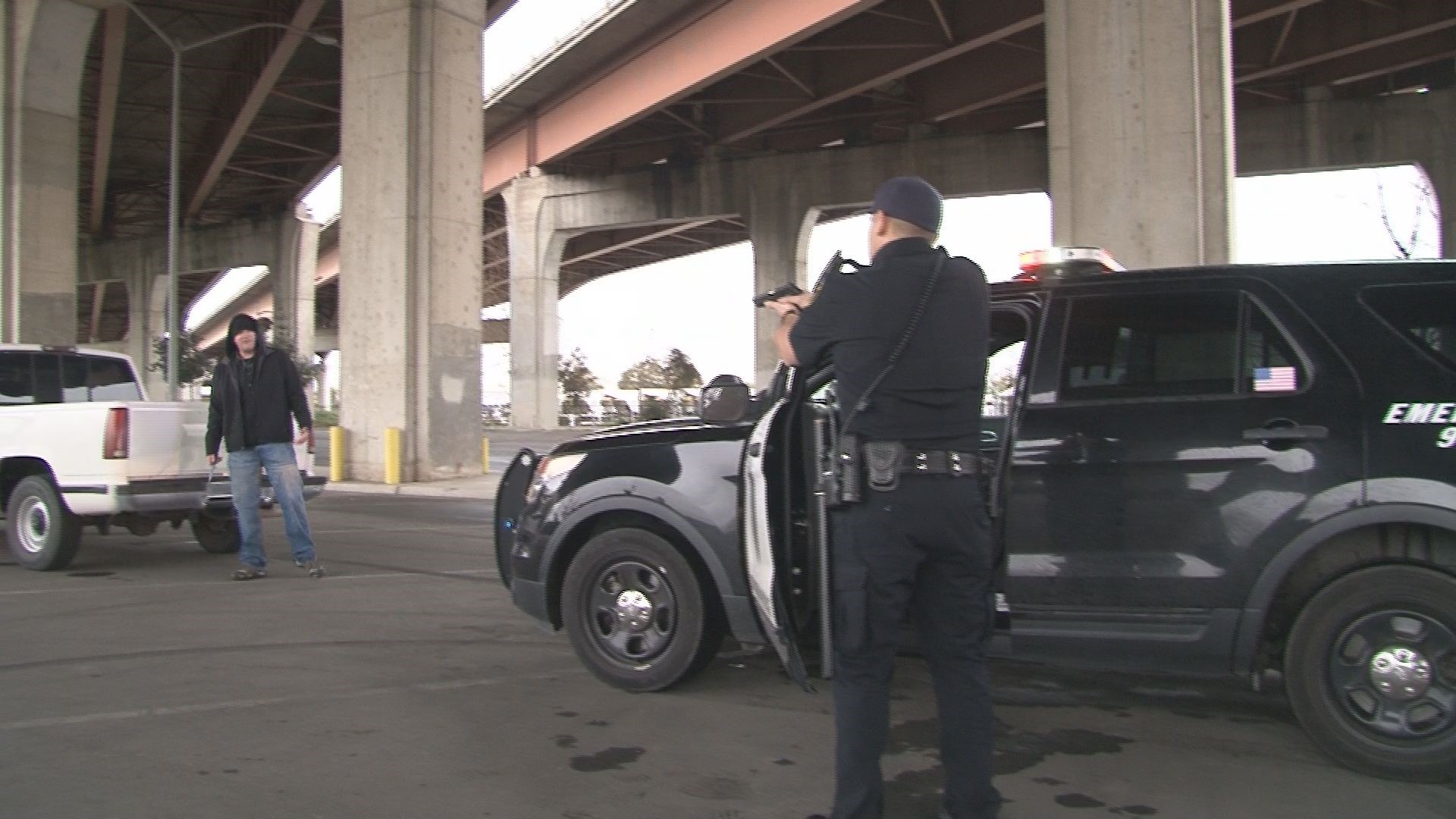 STOCKTON, Calif. — Despite the danger a police officer faces each day on the street, more and more are applying to don a uniform and wear a badge.

Rookie Stockton Police Officer Vincent Magana joined 16 other rookie officers, who are undergoing six weeks of stressful situational training before hitting the streets. That goes along with the more than six months of training at the police academy.

For Magana's training, he faced what appeared to be a prowler casing a car, but, when he approached the man and asked for his ID, the man suddenly pulled a gun from his waistband and opened fire.

Magana returned fire, after being shot at first.

"[The training] is critical," said Stockton Police Training Manager Lt. Mike Reynoso. "They are trained at a basic level in the academy, and, I don't know if they're prepared for critical incidents on the street."

"We have about six weeks to get them trained and ready to go and bring their skills up to a level that's acceptable so that they can respond differently and handle the stress," he added.

For Magana, the training offers an opportunity to learn.

"When we fail here, we don't fail out on the street," said the 27-year-old Magana, a former heavy equipment operator who says he always wanted to become a police officer. "We know what we're doing, how to do it, [and] how we operate."

In the scenarios played under a Downtown Stockton freeway overpass, rookie officers got dispatched in patrol cars to test their skills and gain knowledge from their mistakes.

Five scenarios took place, which included a domestic violence situation and a man displaying a knife.

In one case, an officer approached a couple arguing, and the woman accused the man of hitting her.

One officer took his turn in the scenario, and, when he turned his back, the woman sitting on a curb behind him opened fire.

"I learned a lot of things," said police officer recruit Travis Lee, a 51-year-old former stay-at-home dad and veteran Army reservist. "One thing, [you] never turn your back on anyone, even if you think that person is the victim or whatever you want to say."

Stockton Police Department currently has 466 sworn officers, but they are authorized to have 485 officers on staff. Right now, the department is hiring Police Officer Trainees, and, despite the dangers of the job, they continue to find recruits.

"We find that it is very challenging to find people that are highly qualified and prepared to step into the role of law enforcement officer," says Lt. Brad Burrell, whose in charge of recruiting and hiring for the department. "However, at least in Stockton, we are very lucky to have a tremendous amount of community support."

If you are interested in becoming a Stockton Police officer, you can apply at www.stocktongov.com/jobs and visit: www.joinSPD.com for more information.

ABC10's Lina Washington shares her one-on-one conversation with Sacramento Kings owner Vivek Ranadive at the summit focused on social injustice. The Kings teamed up with the Milwaukee Bucks for the event. The Kings Foundation announced $50,000 in scholarship funding to benefit local youth pursuing advanced training in law enforcement and higher education.