After accidentally shooting himself, Silvia Van Steyn's son’s heart, liver, lungs, kidneys and pancreas were all donated, saving five lives in the process. 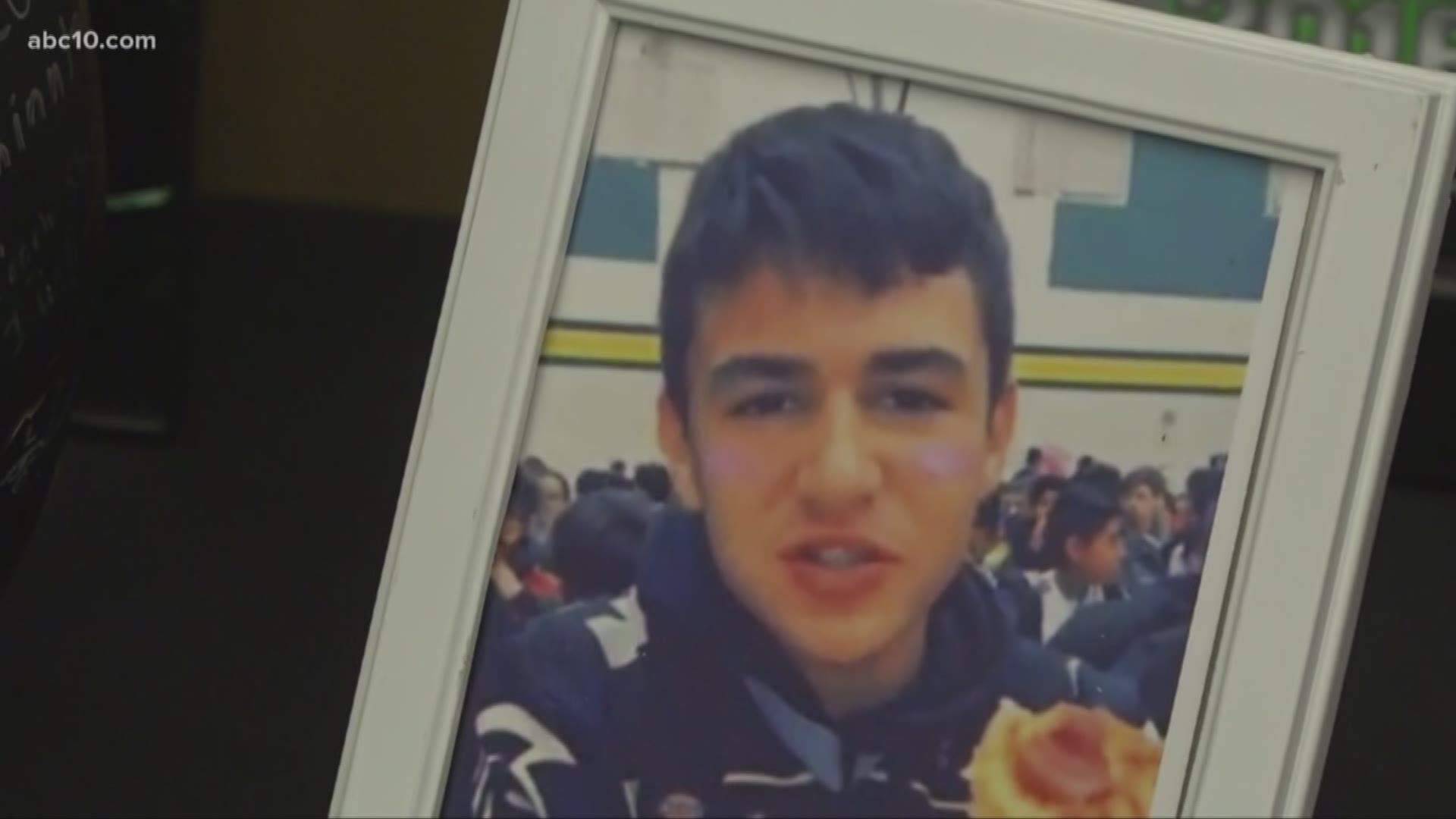 STOCKTON, Calif. — Silvia Van Steyn describes her 13-year-old son Michael Balsley-Rodriguez as a prankster who was full of life.

Balsley-Rodriguez was also a huge sports fan, playing football in Stockton for the Lodi Titans youth football team. But, that all changed over two years ago when, one day, he was at home searching for a cell phone his mother had taken in exchange for doing his homework.

While going through her drawers, Balsely-Rodriguez found his mother’s handgun, and accidentally shot himself. He died days later.

"When I talked to the doctors that night, I had told them if there is a possibility for him to be an organ donor, I would like to donate his organs," Van Steyn recalled.

Her son’s heart, liver, lungs, kidneys and pancreas were all donated, saving five lives in the process.

On Tuesday morning, while unveiling a floral portrait of Balsley-Rodriguez that will be part of the Donate Life Rose Bowl Parade float on New Year’s Day, Van Steyn thanked the Stockton Police Department, paramedics and hospital staff at San Joaquin General Hospital for trying to save her son's life.

The event was sponsored by Donor Network West, a San Ramon-based organization that facilitates organ and tissue recovery.

Alex Herrera of Dinuba, a city in Tulare County south of Fresno, was on a waiting list for five years before receiving Balsley-Rodriguez’s right kidney.

Herrera said the donation was life changing. "To work, function, we had a new child," said Herrera, who works as a short haul truck driver.

Janice Whaley, CEO of Donor Network West, said nearly 10,000 people are waiting for a life-saving organ transplant in Northern California and Nevada. An organ donor can save the lives of up to eight people, according to Donor Network West.

Van Steyn said she just hopes that her son knows of the good he’s done after his death.

"I think he's proud of what I've done, you know — keeping his memory alive and giving back to the community,” Van Steyn said. “I know one day I'm going to see him again, and I think he's going to be proud.”