45-year-old Bobby Gayle was shot seven times, including twice in the head 11 days ago. 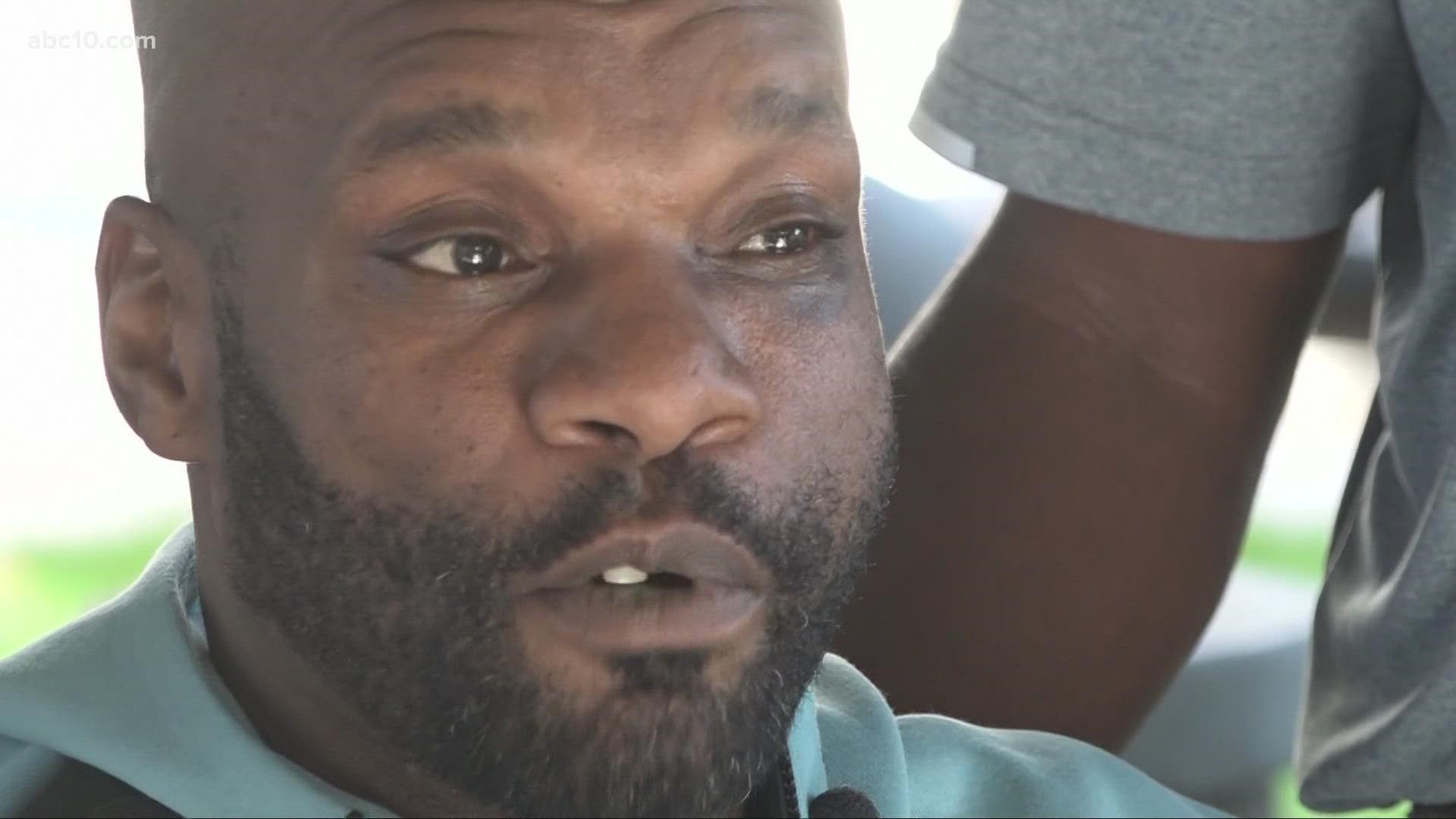 FRENCH CAMP, Calif. — Some are calling Bobby Gayle a walking miracle. The 45-year-old man emerged from San Joaquin General Hospital in French Camp this afternoon in a wheel chair, but he left walking unassisted.

"I did thought I was going to die. I did. I thought it was going to be my last day until I started praying again, and I got calm and peace," Gayle said, speaking outside of the hospital to the media.

His life-changing ordeal happened 11 days ago on Oct. 8. Gayle was finishing up a construction project on a Friday night just before 11:30 p.m. at a restaurant in North Stockton when a pick-up drove by.

"And the guy sped fast, like he's going to run me over and actually I told him to slow down. And, that was the wrong thing I could have said, and he just got right out of the truck and started shooting me right away," Gayle said. "I just threw my hands up to let him know, 'Hey, I'm coming in peace.' I thought I could look in his eye to be like, 'Hey what are you doing?' But I couldn't get that in him. It was like I had seen Satan, and Satan was coming towards me."

Gayle was rushed to the hospital with seven gunshot wounds, including two to his head.

Days later, 31-year old letter carrier Michael Hayes of Stockton was arrested and charged with attempted murder, assault with a firearm and a hate crime. He appeared in court last Friday and was given no bail.

"He just got out of the truck and said, 'Die, N-word. Die, N-word,' and started shooting. So that's when I know, there was no bargaining with him," Gayle said.

Despite it all, Gayle is able to walk unassisted.

He'll continue his recovery under the watchful eye of his brother Marlon. He remains upbeat and positive with a message "to love people."

"And that's what cures everything, not to hate this person or that person," he said.

After being asked whether he would one day want to meet the shooter in-person, he said he would "pray on it."

"Of course, I would want to ask him, "Why?" And like, why did he call me like 'Die N-word' and what did I do? I never seen him before, so I'm trying to picture where did I see this individual," Gayle said.

Gayle says he wants to write a book on his experience to share with everyone. For now, he plans to recover at his brother Marlon's home.

The suspect, Michael Hayes, is set to appear again in court later this month.