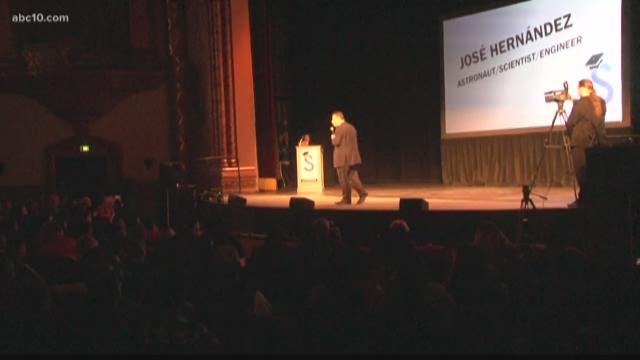 “My goal is to be an anesthesiologist or somewhere in the medical field, anything close to surgery," says Manzo.

But, with her mom working two part-time jobs as a teacher and factory worker and her father at home, college won’t be easy.

“Money will be a big problem for me just because I want to go far in life.”

It’s all thanks to a $20 million anonymous donation secured by Stockton Mayor Michael Tubbs.

"If you do everything right, you graduate, have at least a 2.0, that your tuition and fees will not be a barrier for you to get to college," says Tubbs.

Called the "Stockton Scholars" program, the money will be used for Stockton Unified School District students who have trouble obtaining the money to pursue higher education.

The mayor’s office says the $20 million donation will cover between 700 and 800 students in the Stockton Unified School District.

But, the ultimate goal is to have $100 million to give away.

He says more than 9 out of 10 students are socioeconomically disadvantaged, so what amounts to about $4000 per student will go a long way.

“The average income for our parents is $24,000 a year. Hearing those numbers, going to college and paying for college is quite the feat," says Biedermann.

Today’s announcement came with a mariachi band, dancing, a slickly produced video, a t-shirt launch and lots of education and community leaders.

“This entire event is about making sure that in our city every student has a shot at pursuing higher education and becoming prepared for our futures," said Stockton Unified School District Trustee Lange Luntao.

And students like Alondra Manzo plans to be one of them.

“A lot can be done if I get good grades and stuff," said Manzo.