School board members say they’re working to schedule a special meeting on Sunday or Monday to clarify the situation and reconsider the vote. 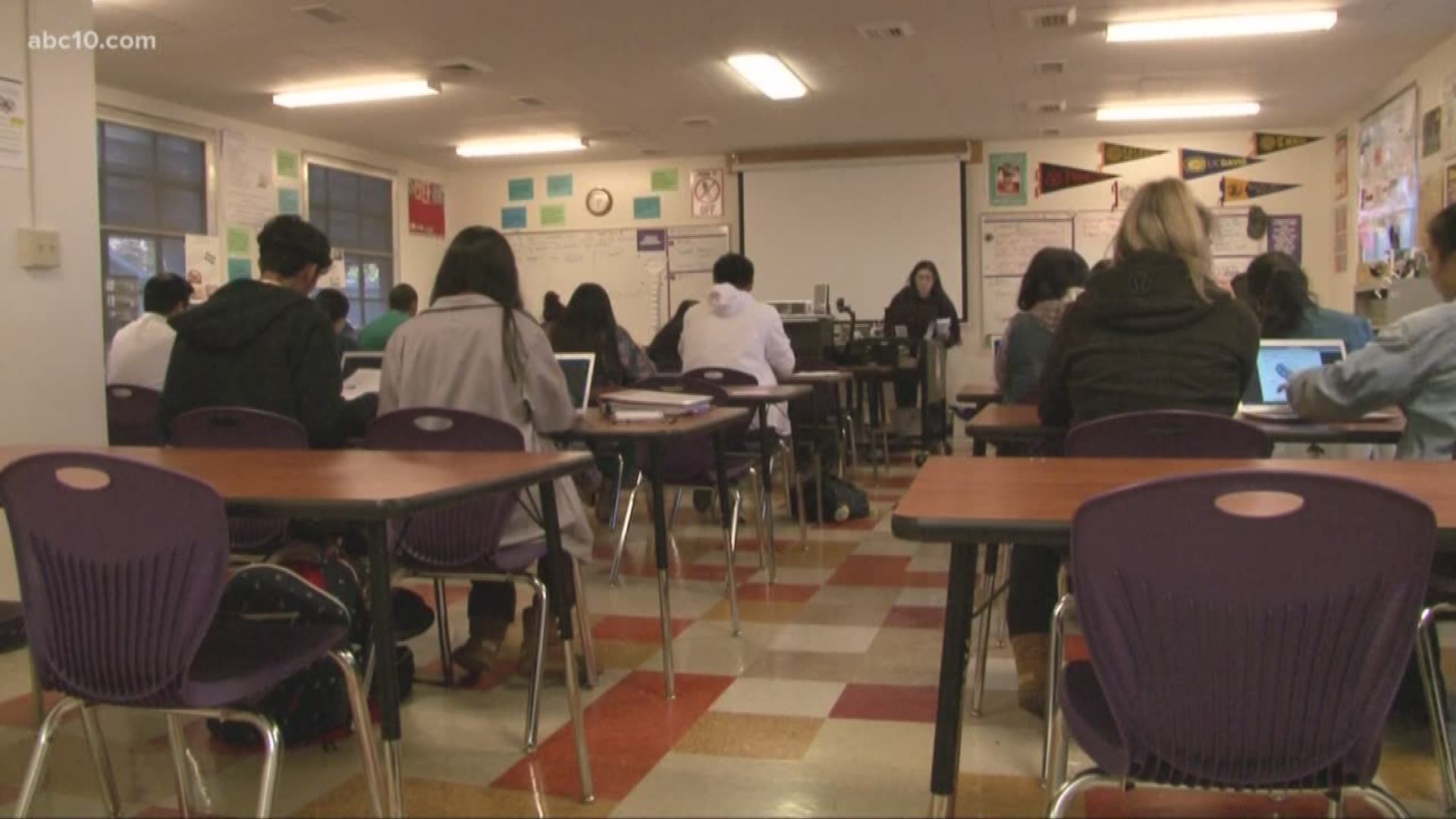 STOCKTON, Calif. -- There's major concern over students in the Stockton Unified School District after the school board narrowly voted to reject suspension of classes in a 4-3 vote Thursday night.

A lot has changed since ABC10 first brought you the story Friday morning.

After Thursday’s vote, Trustee Lange Luntao posted on Facebook saying that the decision practically ignored the stay-at-home order in the state and opened the possibility of sending over 40,000 students back to school during the coronavirus pandemic.

Understandably, parents who saw the post were concerned and confused. ABC10 went straight to Luntao and Board President Kathy Garcia to clear things up. They wanted to be clear: schools will not be re-opening.

They also both told ABC10 that board members were confused with the language of the resolution and it should’ve passed. They’re not sure if the motion was about whether the district needs to declare a state of emergency to get funding from the state.

Luntao and Garcia say they’re working to schedule a special meeting on Sunday or Monday to clarify the situation and reconsider the vote. But as of now, parents can remain calm, students will not go back to school, which is in line with state orders.

ABC10 also spoke with Stockton Mayor Michael Tubbs tells me he was confused himself but doesn’t support the idea of board members opposing any resolution that makes sure kids in Stockton are safe.

Some 40,000 Stockton Unified School Districts students could be asked to return to school in the middle of then coronavirus pandemic after a controversial 4-3 vote by the school board Thursday night.

The decision came during a long virtual board meeting, ironically. It would also mean the district’s 55 schools might reopen sooner than thought previously, ignoring the stay-at-home order issued by Gov. Gavin Newsom.

The meeting’s agenda shows four members of the board rejected the suspension of classes.

Luntao wasn’t happy about the decision and expressed his frustration moments after the decision came in a second vote.

Luntao also took to his Facebook page to express his disagreement. In a post he said the district must do everything to keep the community safe. He went on to say the board’s decision “limits and delays our district's ability to seek reimbursement for emergency costs. At worst, this vote puts the lives of our students and their families at risk,” he wrote.

Some parents on Facebook were confused about the decision and what it means for students and staff. To be clear, schools still remain closed in line with the emergency declarations of the City, San Joaquin County, and the state of California.

According to Luntao's Facebook post, some members of the board have requested to meet again early next week to reconsider the decision.

The main question from people on Facebook was why some board members rejected the suspension of classes. As of now, districts across the state continue to figure out ways to implement distance learning.

Some districts have been trying to find ways to roll out a new curriculum, but students having access to computers and the internet has been a challenge.

There’s no official word for the reason of the vote. ABC10 reached out to Luntao, a district spokesperson, and Stockton Mayor Michael Tubbs early Friday morning for comment about the situation but haven’t heard back.

Read more about coronavirus from ABC10:

WATCH ALSO: Stockton Unified School Board vote could send students back to school sooner than later