Stockton Police posted to Twitter that Sloan had been found in the 2000 block of S. American Street, Thursday afternoon. He'd been missing since Sunday. 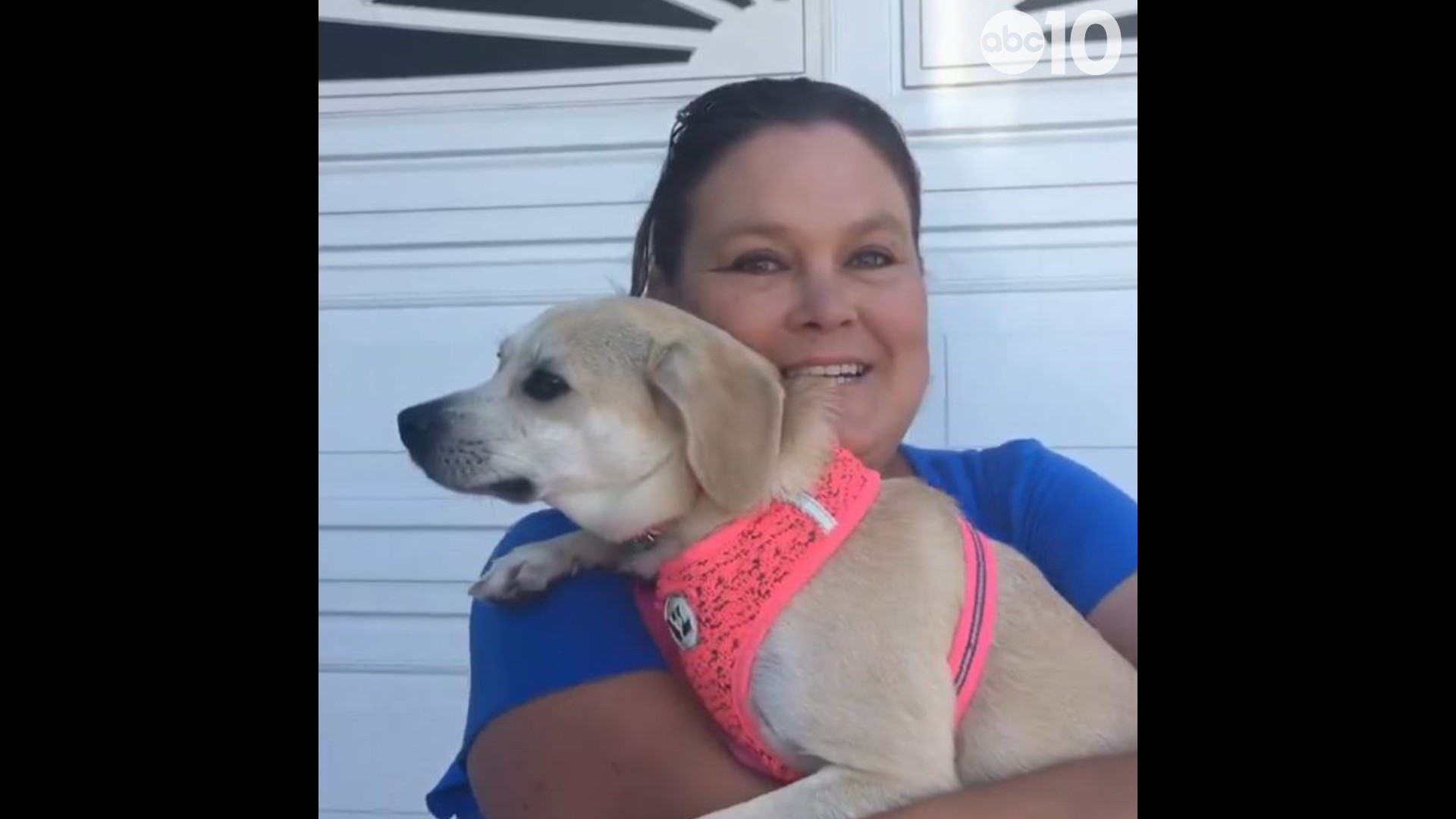 STOCKTON, Calif. — A support dog that was stolen during a vehicle theft in Stockton on Sunday has been found safe, according to Stockton Police.

The dog, named Sloan, belonged to 12-year-old Neeko Niswonger, who has autism. According to Neeko’s mom Cynthia, they had stopped at a McDonald’s restaurant Sunday afternoon.

She said she left Sloan in the car with the A/C running vehicle while they grabbed a quick bite. But not long after they went inside the restaurant a thief jumped hopped in the car and drove off.

RELATED: Support dog stolen from child with autism in Stockton

Finally, around 12:30 p.m. Thursday, Stockton Police posted to Twitter that Sloan had been found in the 2000 block of S. American Street. Officers took her to an animal rescue to be checked out and later reunited with her family.

Police did not say if someone found Sloan or if he had been wandering the streets since she was dognapped. The car thief has not been arrested.

Credit: Cynthia Niswonger
Sloan the support dog being reunited with her family thanks to Stockton Police.