A Stockton man, who accuses San Joaquin County Sheriff's deputies of beating him while in custody a year ago held a press conference demanding justice. 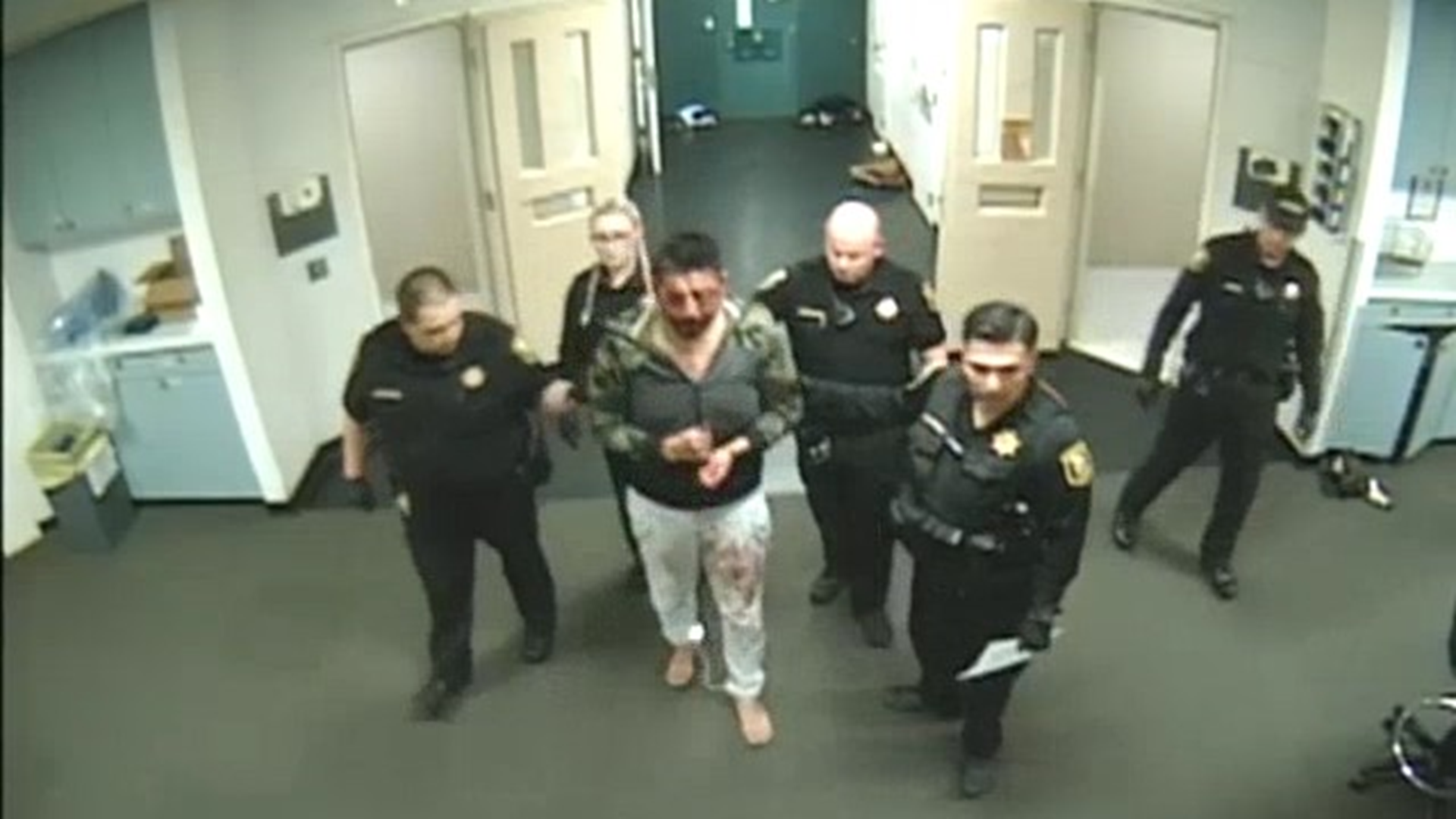 FRENCH CAMP, Calif. — Wearing a mask and T-shirt saying "Justice for Jaykie," Jacob Servin showed no physical signs of the beating he endured exactly one year ago as he ripped into the San Joaquin County Sheriffs Department.

"It has been one year since these deputies who have a duty to keep the peace went beyond all means of protection and viciously beat me nearly to death," said Servin standing at a podium outside the San Joaquin County Jail in French Camp.

A number of supporters, including Servin's mother, called for the correctional officers who beat Servin to be fired, arrested and charged.

"Seeing my son in such horrific injuries caused my emotions to fly," Angelina Ramirez. "I was broken-hearted, full of anger."

Sheriff Pat Withrow tells a much different story, during an impromptu news conference he held in his office after Servin and others spoke. Withrow stands by his deputies, saying that Servin was drunk, combative and out of control that night.

Servin was arrested by Stockton Police for public intoxication. He was booked in San Joaquin County Jail, but Withrow said he grabbed a female deputy. That's when other deputies jumped in.

Withrow assumes Servin does not know what happened the night and he alleges he was beaten by San Joaquin County Sherriff's deputies because he was so intoxicated.

"Mr. Servin at that time made a statement after he was released that Stockton Police Department had beat him up. And, we had to inform him that no, the altercation, because he was so intoxicated, occurred in our jail," Withrow said.

An 18-minute video released by the department last year did not show the altercation inside the jail cell because no cameras were allowed.

Because of the incident, cameras have since been installed and show each cell, with the exception of the toilet and sink area. Withrow said Servin still refuses to give an interview to investigators.

Because it has been a year, no charges can be filed because of statute of limitations expired in the misdemeanor case. San Joaquin County Sheriff's Department completed its portion of the protocol investigation on May 1, 2020, and handed it over to the San Joaquin County District Attorney.

A protocol investigation into what happened that night is still underway. ABC10 reached out to the DA for an update on the investigation but did not hear back as of publication.