Last August, Stanley learned that his father, with stage 4 liver cancer, had less than six months to live. 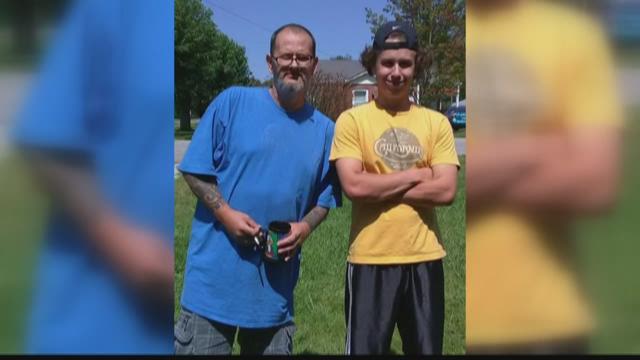 It's been years since Larry Stanley III, who goes by Tre, last saw his father. Tre is now 19-years-old and recently graduated high school in Grass Valley, California.

"I used to always blame myself for him not being in my life," said Stanley.

His father, Larry Stanley II lives in Nashville, Tennessee. The two never really had a relationship.

"Something I carried for awhile was not thinking I was good enough," explained Stanley. "I always used to put into perspective everything else in my life...if I wasn't good enough for him, why would I be good enough for this?"

Last August, Stanley learned that his father, with stage 4 liver cancer, had less than six months to live. His dying wish was to be reunited with his son.

Mindy Bess of the James Bess Foundation in Nashville learned of the story. Her growing non-profit aims to help adults battling terminal illnesses - like a Make-A-Wish but for adults.

She asked for help in an East Nashville Facebook group and a stranger jumped in to buy Stanley a plane ticket from Grass Valley to Nashville.

But that's not all. Stanley and his father were gifted with tickets to a Tennessee Titans' game and in a limousine. Stanley said he couldn't be more grateful and even feels he may not deserve all the kind gestures.

Even though the two weren't able to take a photo at the game, it'll be an experience Stanley always has in his memory and in his heart.

"I feel like if I hadn't gone out there, in 30 years, I would've regretted it. Regretted not seeing him before he died," said Stanley.