Manuel Ellis died in handcuffs while he was being restrained by Tacoma police in March. His family plans to put the city "on notice" that litigation may be coming. 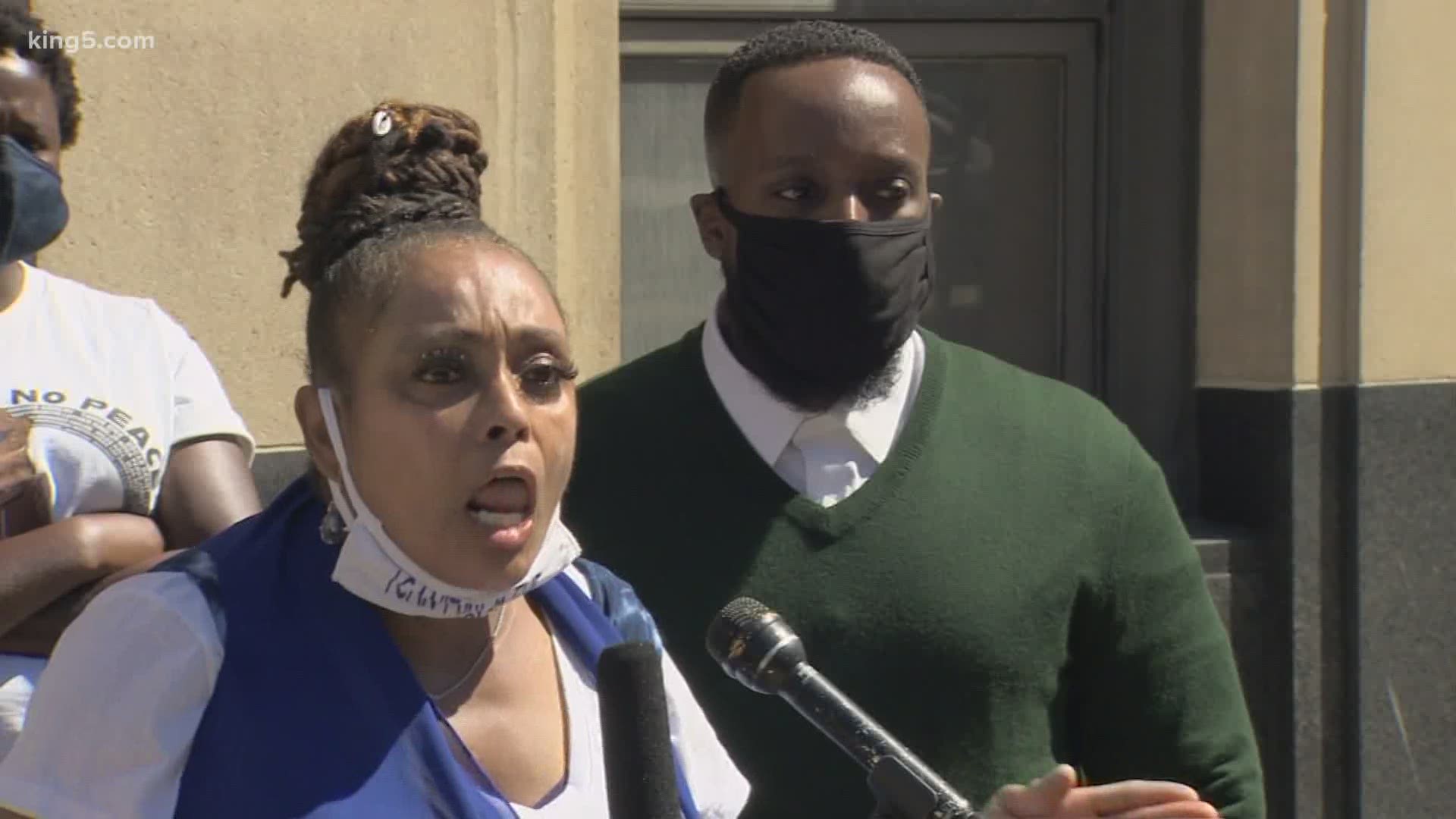 TACOMA, Wash. — The family of Manuell Ellis who died in Tacoma police custody says they plan to sue the city for $20 million for his death.

Ellis, a 33-year-old Black man, died on March 3 in handcuffs while being restrained by Tacoma police. The Pierce County medical examiner determined Ellis died from a lack of oxygen.

Now, on the same day as what would have been Ellis' 34th birthday, the family says they plan to file a tort claim. A tort claim puts the city "on notice" that there could be litigation. The claim was expected to be filed by the end of the day Friday.

"I want some action, I wanna see it. July has passed, August is now here. My son’s birthday is today, no tears from me, no more tears," said Marcia Carter-Patterson, Ellis' mother, during Friday's press conference. "I want some justice. I want to see justice for my son, accountability."

According to the family's attorney, James Bible, they can "concretely say" after an independent investigation, that Ellis' death "was murder." He said Tacoma police "did everything it could" to hide information and the Pierce County Sheriff's Department "did what they could" to support the police department.

"How long are we going to continue to let them sit on their asses and do nothing about my son’s case? I haven’t heard from anyone," said Carter-Patterson. "I don't cry no more, I'm just angry."

The Washington State Patrol is handling a new investigation into Ellis' death, after the state discovered several problems with the previous investigation. WSP released a statement Friday on the progress of the investigation.

"WSP is working closely with the Attorney General’s office to conduct a full, fair, and open investigation that will be led by the facts and will be concluded with the truth of what happened. We did not receive the authority to begin the formal investigating until July 27th and in the four weeks since have been conducting a thorough review of all records and evidence. The fact finding process that must occur is occurring and to best serve Mr. Ellis’ memory and all those impacted, WSP cannot and will not compromise the investigation by substituting haste for accuracy," said WSP's statement. "As I-940 directs, we will share with the family and community liaisons on the Independent Investigation Team any new and pertinent information prior to sharing or discussing with the media."

The Tacoma Police Department told KING 5 Friday they are cooperating fully with the investigation and due to policy, cannot comment on pending litigation.

A new mural honors Manuel Ellis on what would’ve been his 34th birthday. This is near 11th and MLK in Tacoma’s Hilltop neighborhood. pic.twitter.com/0lw3J4N5b8

"We cannot begin to fathom the deep pain of the Ellis family on the 34th birthday of their son, brother, and father. We understand the frustration that the family expressed and share their desire for a thorough independent investigation that is completed as swiftly as possible. We join them in their call for a state agency that will provide independent investigations for future cases, and we will continue to advocate for the establishment of this agency," said the statement. "In the case of Manuel Ellis, if there are witnesses or individuals with evidence and facts that will aid in the swift completion of this investigation, we strongly urge them to come forward and share the information they have with the Washington State Patrol."

In June, Gov. Jay Inslee said the Pierce County Sheriff’s Department would not make charging decisions or finish the investigation because a sheriff’s deputy was at the scene. Inslee said the county prosecutor believed she had "an irreconcilable conflict" that would prevent her office from taking the case.

Inslee said the sheriff’s department appeared to violate two provisions of voter-approved I-940, which regulates police use of force, including failing to appoint a family liaison officer and not having community members assist with the review.

The sheriff’s department also did not get a statement from a state trooper who was briefly on the scene after Ellis was handcuffed, according to Inslee.

Once state patrol finishes its investigation, the case will be referred to state Attorney General Bob Ferguson, who will determine whether criminal charges will be filed against the involved officers.

The case also sparked an inquiry by Ferguson into investigations of police use of deadly force. Ferguson's office identified at least 30 law enforcement investigations from 2020 that qualify. Some of the investigations are complete and some are ongoing, according to the Attorney General’s Office.

Editor's note: A previous version of this story incorrectly stated the lawsuit was for $30 million.