The Yolo Causeway: Made for flooding, not for commuters

On the I-80 corridor, The Fabulous Yolo Causeway aids in the natural flooding cycle of the Yolo Bypass, but traffic could pose a potential hazard in the event of an evacuation. 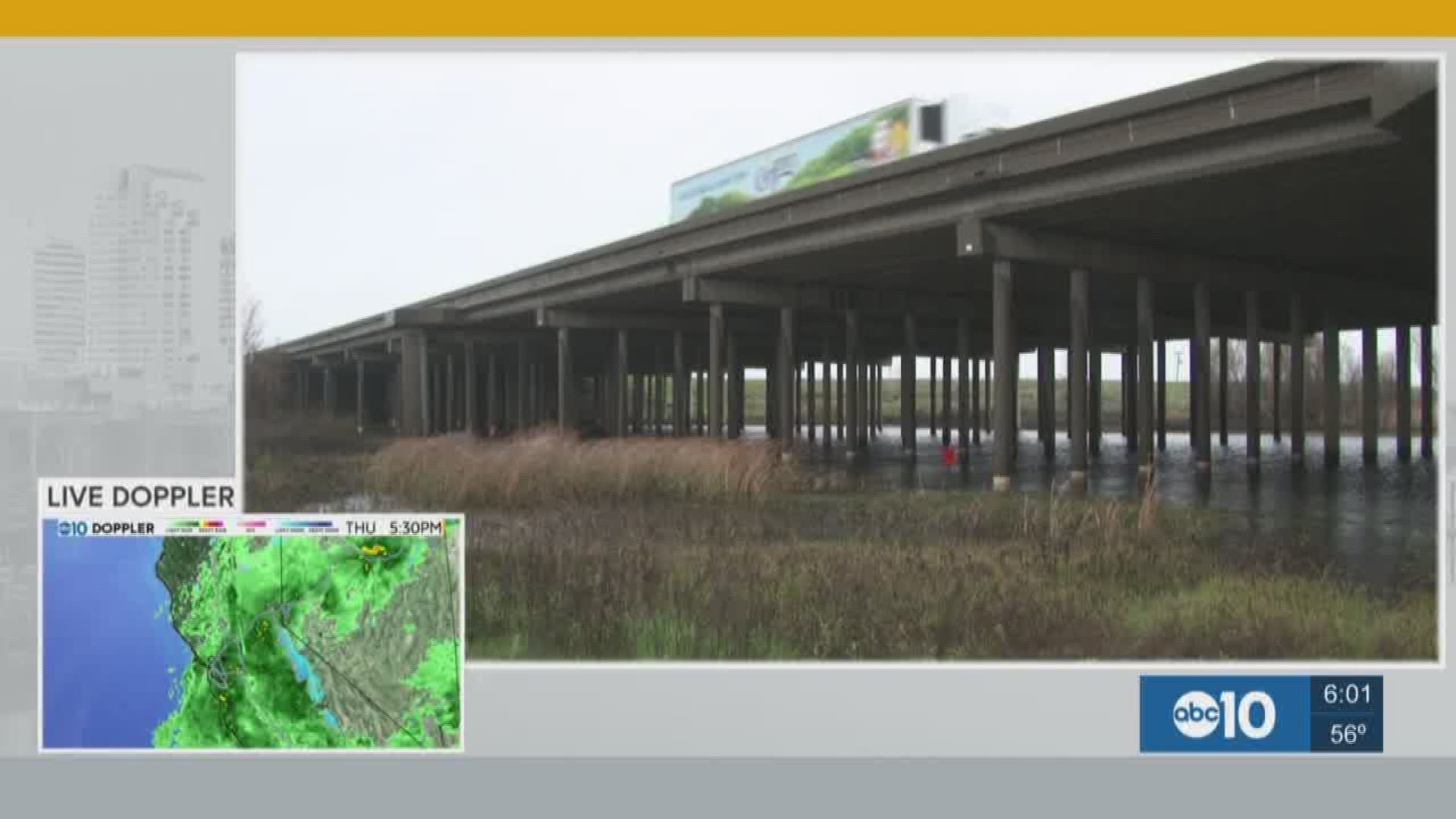 Last year, when massive flooding gave the Yolo Bypass an ocean-like appearance, the Yolo Causeway saved the day, allowing for the flow of traffic to continue across the wildlife area.

During the rainy season in Northern California, swollen creeks and rivers are diverted into the Yolo Bypass, a massive wildlife area situated between Davis and Sacramento. But despite the flooding, commuters and travelers can still navigate the area thanks to the Yolo Causeway, a 3.2-mile-long elevated highway that crosses the huge floodplain.

The Yolo Causeway is more than prepared for the event of flooding—it was built for it. Levees alone are poor for managing the Sacramento River, which is why the city avoids unwanted flooding through its intricate system of levees, weirs, and bypasses.

The Yolo Bypass alone can hold about 14,000 to 15,000 cubic meters per second. That means that every second, about 3.9 million gallons of water gush through the wildlife area. During one particularly bad flood season, the basin was filled with even more than this amount, but still without any large-scale flooding.

This elevated highway protects the wildlife of the Yolo Bypass, which is home to many native and non-native plants and animals. The Yolo Causeway itself becomes a sanctuary for approximately 250,000 Mexican free-tailed bats every June. The bats migrate thousands of miles to roost in the expansion joints between the causeway’s segments. Next time you drive over the causeway in summer, hundreds of bats will be just below your wheels.

According to Peter Tira, an information officer at the California Department of Fish and Wildlife, the Yolo Bypass protects “land that would otherwise be intensively farmed.” Tira says that the flooding aspect of the bypass “mimics what happened naturally in the Sacramento Valley.” That is, before the introduction of farming and urbanization during the California Gold Rush, which changed the terrain and the natural cycles of the rivers.

The Yolo Causeway was deliberately constructed to preserve this flooding feature using a system of concrete trestles to encourage water flow. The highway helps manage the environmental needs of the area, making it an important piece of the Sacramento Valley landscape.

This is why flooding is not so much of a concern on the causeway, as is the potential traffic crisis that could arise in the event of an evacuation. Even according to Caltrans, traffic on the causeway is bad.

The causeway was not always such a problem, rather it was the solution. Amazingly, this single highway project reduced the distance from Sacramento to San Francisco by about 30 miles, fixing a problem that had long plagued the people of the Sacramento Valley. Before 1962, back roads and unsafe terrain made the journey between Davis and Sacramento difficult and dangerous.

But now, the Yolo Causeway is known to bottleneck commuters. The traffic problems that have arisen in recent years are not just a headache for commuters but a potential hazard when it comes to needing people to evacuate an area quickly. Should Sacramento experience massive flooding this rainy season, many people will likely be stuck on I-80 as they attempt to cross the Yolo Basin.

Caltrans has plans to fix this traffic problem on the Yolo Causeway, but construction is scheduled to be over the next 25 years, meaning travelers between Davis and Sacramento will have to wait a while before they see relief.

In the meantime, the Yolo Causeway will keep doing what it was meant to do—allowing travel and helping flood the rich Sacramento Valley with life-giving water.

Want to learn more about flood danger in Sacramento? Check out the video below: