The legacy of the late Dr. Martin Luther King, Jr., resonates with everyone in a different way. Many people spend this holiday celebrating the strides that have been made since his passing but in Sacramento, others felt compelled to take to the streets as a reminder of the progress still left to be made. 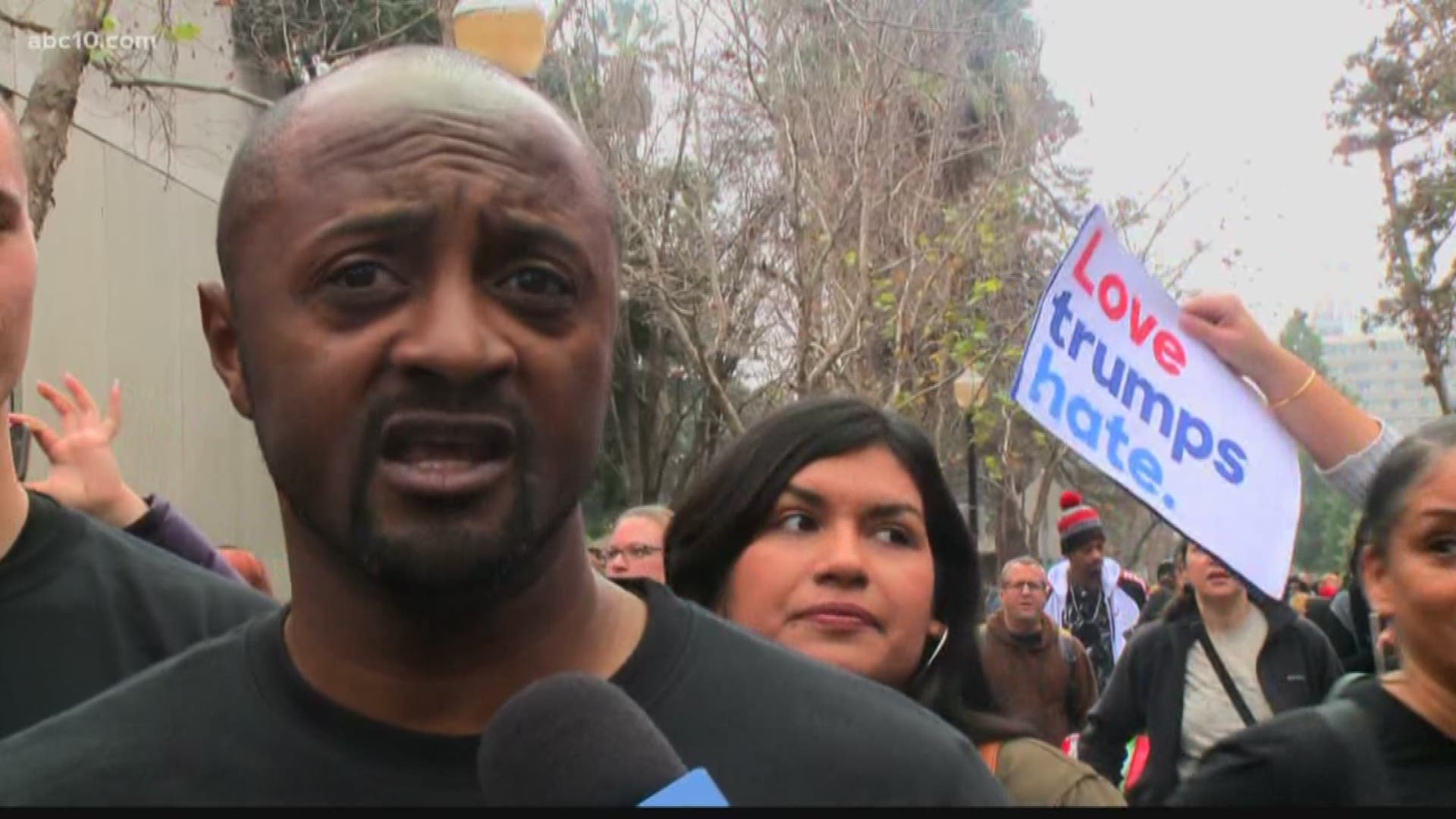 The legacy of the late Dr. Martin Luther King, Jr., resonates with everyone in a different way. Many people spend this holiday celebrating the strides that have been made since his passing but in Sacramento, others felt compelled to take to the streets as a reminder of the progress still left to be made.

The streets of Midtown were mostly empty but they were far from quiet as chants of "you can't stop the revolution!" continued through the morning. Hundreds joined Black Lives Matter Sacramento's "Reclaim MLK" march where the them this year was, "This Is Not The Dream."

Wykeisha Tolbert, mother of three, agrees that the fight for equality is still ongoing.

"I thought we would be further than what we are honestly," Tolbert said. "It's an eye-opener because I'm from a southern town so I saw it growing up as a kid and now that I have kids, they're still seeing it. That's something my grandmother lived through so I didn't think I would still be living it."

As the march moved west on J Street, onlookers from the sidewalk or nearby businesses cheered for those participating. Isaiah Godby and several of his colleagues at Sacramento Naturopathic Medical Center stepped outside to wave to to the marchers.

As the Reclaim MLK march made its way to the Capitol, the MLK365 March for the Dream began to wrap around downtown blocks. The annual march that begins at Sacramento City College culminated at the Sacramento Convention Center for the Diversity Expo.

A drumline remixed rendition of "We Shall Overcome!" got thousands of marchers moving as they celebrated inclusion, unity, and reflected on what Dr. King's legacy means to them.

"As an African-American... It's kind of that person who represents the idea of us sacrificing to be together and to be more in sync with one another rather than be separated than divided," Sacramento resident William Abdullah said. "I feel like we accomplish more and are blessed more when we're together."

Many first-time marchers like Beth Segal cited the current social climate as their motivation to get in step to celebrate the holiday and the principles of the late civil rights leader.

"We just wanted to show that we're in unity with the things MLK stood for especially reconciliation," Segal said. "I believe we're reaching for the right goals and we're paying attention to things that matter."

While the meanings behind the marches were different, the Sacramento community came together in a big way to honor the efforts made by the late Dr. King. While some believe the dream is not yet fully realized, they're taking the steps to get there.