If you believe the best way to support your soccer team is by singing and cheering at the top of your lungs, then you might fit in with the Tower Bridge Battalion. 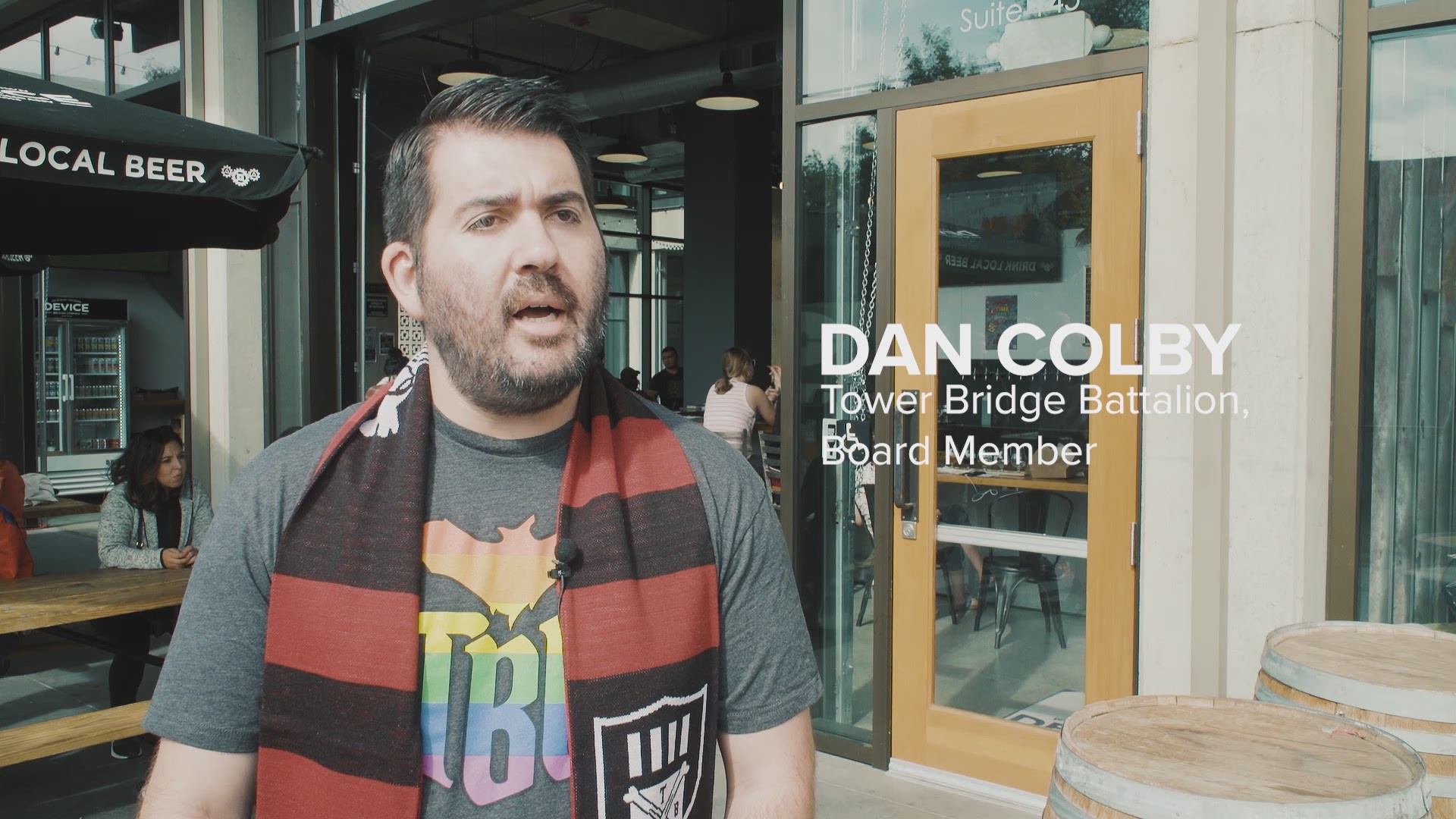 SACRAMENTO, Calif. — Over at Papa Murphy's Park, there's a group of fans sitting behind the goal posts singing as loud as they can for their favorite team, the Sacramento Republic FC.

They're known as the Tower Bridge Battalion, a group of a couple thousand fans that love their city and love their soccer team.

Dan Colby, a Board member for the group, shared the ins and outs of the Sacramento Republic's biggest supporters.

Is it sanctioned by the Republic FC?

Yeah, we’re an official supports group. We’ve been around since 2013. We’ve been the most active and biggest supporters group for our team and our club and our players... we love our city.

What is the Tower Bridge Battalion?

It’s a loose group of excited fans [and] supporters, who love cheering for their club and their players.

Is it for hardcore fans or casual ones?

We’re pretty casual, but we’re passionate. We’re intense. If you come to a game, we’ve had games here for the past five plus years, and it’s a fun time. Anyone can come and join and sing with us and have a good party.

Can I become a member?

Anyone can come join in our section and then we have official membership where you get a scarf and some other swag... you can join online or at a game you can show up and you can join a membership at that time.

Is there a membership fee?

Yeah, right now it’s $20 if you want to join and get a scarf or you can just be in our section and there’s no membership fee.

What section is the Tower Bridge Battalion in?

The section’s behind one of the goals in Papa Murphy’s Park and we’ve been there for years now. We sing and cheer and everyone can hear us in the stadium. Hopefully, our players can hear us and we are able to sing loud for them and drive them on to win games.

How long has the tower bridge battalion been around?

We started from nothing but there was (sic) people who loved soccer and loved the city. We heard a team was starting – Sacramento Republic. They were going to start playing in 2014, so we got ahead of it.

In 2013, we got a group of people in town and it kind of snowballed from there and it became more and more passionate. A couple thousand people all together, and we love supporting our club and we love the way we support our club. We love singing and cheering because we really think if we sing louder our boys on the pitch hear us and they play better.

Where does the name Tower Bridge Battalion come from?

[The] Tower Bridge. It’s kind of an iconic part of our city here and kind of the idea is that we’re a group of fans that are passionate that will kind of go to battle like a battalion for our players and for our club.