Two CHP officers were seriously injured after responding to a call of rocks being thrown at traveling cars, only to also be hit by a rock thrown at their car. 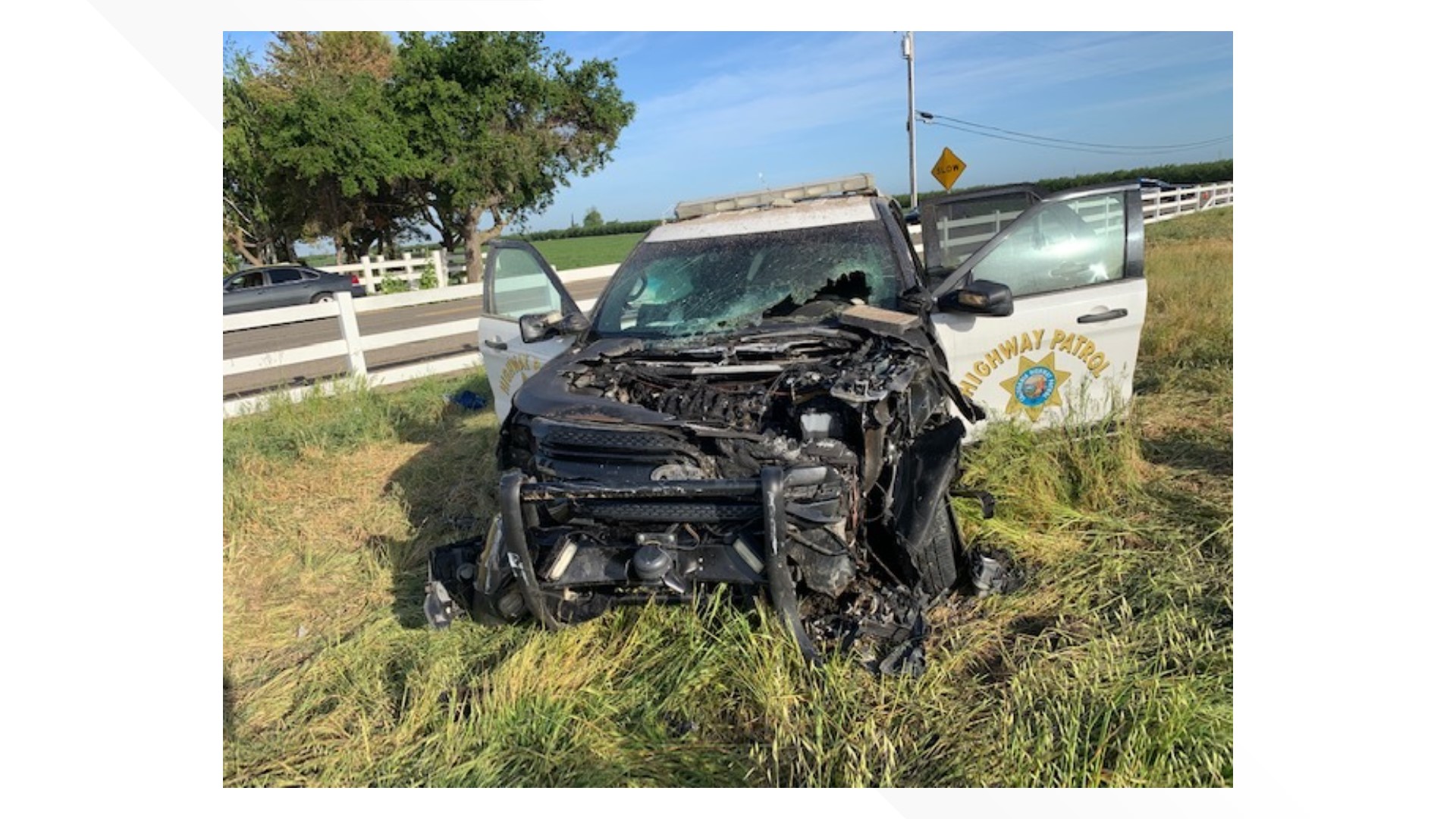 TRACY, Calif. — A Tracy man has been charged with eight counts of attempted murder, among other charges, after he repeatedly threw rocks at moving cars, including at a California Highway Patrol [CHP] vehicle, which resulted in a crash and two officers injured.

According to a press release from CHP, Kristopher Stephen Fernandes, 32, allegedly threw rocks at multiple cars traveling around Tracy Boulevard north of Interstate 205 over the past few weeks.

CHP Officer Mike Harris said in the press release that when officers went to check out the area on April 9 in response to several calls about the rock-throwing incidents, the patrol car was also hit with a rock which caused the car to crash, leaving two officers with serious injuries.

Another CHP investigator was also caught in one of these incidents on April 10 when he was driving through the area. A rock was thrown from a moving car, later found to be driven by Fernandes, and hit the investigator's window. Uninjured, the investigator followed the car until San Joaquin Sheriff's Office and CHP could arrive.

The press release also said that more rocks were found in the glove compartment of the car that he had been driving when arrested, which were "like the one thrown through the investigator's window moments prior."

Fernandes was booked into the San Joaquin County Jail where he is being held without bail. CHP said they are still looking for information on the rock-throwing incidents and encourage people to call the Tracy Area CHP office at (209) 835-8920.

WATCH MORE: Where and how to book a vaccine appointment amid J&J vaccine pause